Jessica Serfaty is an American model, actor, and social-media personality, who rose to fame as a contestant in cycle 14 of ‘America's Next Top Model.’ She is also known as the lady-love of Hollywood actor Ed Westwick. Jessica and Ed have been seeing each other for quite a long time now and are often seen spending time together. She has a son from her previous marriage. Jessica has gained prominence as a fashion model and has been featured in a number of music videos too. As an actor, Jessica has been part of projects such as the horror film ‘Ryde,’ the short film ‘Faith,’ and the horror anthology ‘V/H/S: Viral.’ 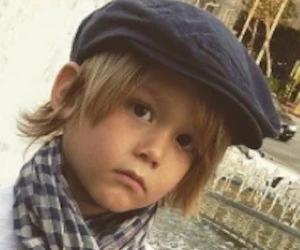 American People
American Women
Arkansas Actresses
Aries Models
Female Models
Childhood & Early Life
Jessica was born Jessica Michél, on April 4, 1991, in Little Rock, Arkansas, US. She is of French descent. She belongs to the American ethnic group Cajun.
You May Like

Aries Actresses
American Models
American Actresses
Actresses Who Are In Their 30s
Continue Reading Below
Career
As a teenager, Jessica realized that her true talent lay in modeling. In 2010, she got a career breakthrough and contested in cycle 14 of the model-hunt reality show ‘America's Next Top Model.’ Her experience on the show turned out to be a game changer. She emerged as a promising model with immense potential. She was brilliant in most of the runway challenges and photo shoots. The judges’ panel was highly impressed by her photographs and the way she carried herself on the runway. Jessica ended up at the fifth spot by the end of the show.
After ‘America's Next Top Model,’ there was no looking back for Jessica. Modeling offers started pouring in. She soon appeared in Dan Balan’s music video ‘Justify Sex.’ In 2011, she appeared on the reality-style series ‘Axe: Dirtcathlon.’ The following year, Jessica made her acting debut with the short film ‘Faith.’ From 2014 to 2017, Jessica appeared in a number of projects such as ‘V/H/S: Viral,’ ‘Blood Brothers,’ and ‘FML.’ In 2017, she played a prominent role in the horror movie ‘Ryde.’
Jessica has appeared in numerous commercials for brand such as ‘Doritos,’ ‘Toyota,’ and ‘McDonald’s.’ Jessica’s career reached new heights when she participated in a few modeling campaigns for ‘Nous Model Management,’ which is listed as one of the top agencies in Los Angeles.
She has gained fame over social-media platforms too. She has worked with the famous ‘Vine’ artist Logan Paul in some of his videos. They appeared in the music video ‘Paradise In You.’ She owns two ‘Instagram’ accounts, which showcase captivating photographs of Jessica posing with grace. Her primary ‘Instagram’ account has over 600 thousand subscribers to date.
Recommended Lists:

American Women Models
Women Film & Theater Personalities
American Film & Theater Personalities
American Female Film & Theater Personalities
Marriage, Teen Pregnancy, & Divorce
Jessica met Arkansas-based property manager Ididia Serfaty at a church when she was 16. Ididia was 22 then. Soon, they developed a relationship and Jessica got pregnant. On September 2, 2008, Jessica gave birth to their son, Roman Serfaty. Soon after his birth, Jessica and Ididia got married. They led a happy married life for the next two years, until Jessica moved to Los Angeles to build a career in modeling. Jessica, who had always dreamt of becoming a supermodel, began prospering in her career. Ididia moved to Los Angeles to live with her. However, Jessica’s professional commitments soon started creating havoc in their marriage. Jessica decided to end her marriage. Ididia, however, still had hopes of a reconciliation and requested Jessica to give their marriage a chance. Soon, the Serfaty family moved back to Arkansas.
It took six months for Jessica to realize her mistake. She desperately wanted to continue with her modeling career and finally filed for divorce. In 2013, Jessica and Ididia parted ways. Jessica was required to stay back in Arkansas to retain her son’s custody. She chose to hand the custody over to her husband. Jessica often visits her son in Arkansas in the summers and on Christmas. However, Ididia has a different story to tell. He has stated a number of times in the media about Jessica’s ignorance toward Roman. He has further stated that her visits to Arkansas have reduced drastically and that she is not much in touch with them. On several occasions, Ididia has accused Jessica of being a bad mother.
Recommended Lists:

Aries Women
Other Relationships
After Jessica’s divorce, she has been linked with many celebrities. Her most prominent fling was with Niall James Horan of ‘One Direction’ fame. They were spotted together on many occasions. Jessica apparently also dated American singer and actor Joe Jonas. She has also been linked with Justin Bieber and “Viner” Logan Paul.
Jessica is currently dating ‘Gossip Girl’ actor Ed Westwick. The media got a hint of their relationship after they were seen walking hand in hand on the red carpet at the ‘BAFTA’ in 2017. Their relationship was confirmed when Jessica spoke in support of Ed when he was charged with sexual assault.
Recommended Lists:
Fashion #3334
You May Like