Jesse Byron Dylan is an American filmmaker known for primarily directing music videos. He founded the media production company Wondros and presently serves as its chief executive officer and creative director. A New York native, Dylan is the oldest son of the legendary singer-songwriter and Noble laureate Bob Dylan and his first wife, Sara Lownds Dylan. Since he was a child, he has been interested in both music and filmmaking. He graduated from the New York University film school and went on to make music videos for artists like Tom Waits, Elvis Costello, Tom Petty, Lita Ford, Public Image Limited, and Lenny Kravitz. In 2001, his debut feature film, ‘How High’, was released. He made his TV debut in 2006, directing several episodes of ‘Instant Def’. In 2007, he set up Lybba, a non-profit organization working for the betterment of the community, data and technology in healthcare. 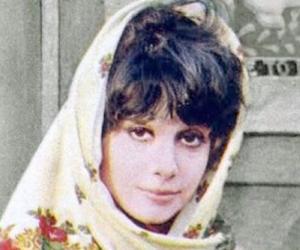 Natasha Lyonne
Directors #1256
Family Members #231
Miscellaneous #2703
DID WE MISS SOMEONE?
CLICK HERE AND TELL US
WE'LL MAKE SURE
THEY'RE HERE A.S.A.P
Quick Facts

American People
American Men
American Directors
American Film & Theater Personalities
Capricorn Men
Childhood & Early Life
Born on January 6, 1966, in New York City, New York, USA, Jesse Dylan is one of the six children of Bob Dylan and one of the five children of model Sara Lownds Dylan. He has three younger siblings, sister Anna Lea, and brothers Samuel Isaac Abram and Jakob Luke. He also has an older half-sister, Maria Lownds, from his mother’s previous relationship. Maria was adopted by Bob Dylan and subsequently took his name, becoming Maria Lownds Dylan. Jesse’s younger half-sister, Desiree Gabrielle Dennis-Dylan, was born to Bob Dylan and his backup singer Carolyn Dennis.
Dylan’s parents divorced in 1977. He was 11 years old at the time. Dylan has always harboured a special interest in filmmaking. He also inherited his father’s love for music and has spent the most part of his professional life making music videos.
You May Like

The Hottest Male Celebrities With The Best Abs
Continue Reading Below
Career
Jesse Dylan made his debut as a director with the 1990 video short on his father, ‘Bob Dylan: Most of the Time’. In 1991, he made music videos for two Lenny Kravitz songs, ‘Always on the Run’, and ‘It Ain’t Over ‘till It’s Over’. He worked with the heavy metal band ‘Skid Row’ on the music video for their song ‘Little Wing’. The video was later released as part of ‘No Frills Video’ on VHS in 1993. Dylan directed the music video for Tom Petty’s song ‘A Face in the Crowd’. In 1995, it was included in Tom Petty and the Heartbreakers’ compilation album, ‘Playback’.
In 2001, he directed his first feature film, the fantasy comedy ‘How High’. Starring Method Man, Redman, and Obba Babatundé, the film tells the story of two guys who one day smoke something magical that ultimately gets them through their college entrance exam. Although the film was a modest hit at the box office, it was panned by the critics.
Dylan collaborated with singer-songwriter Tom Waits on the music video for the latter’s song ‘God’s Away on Business’. In 2003, Dylan directed the third instalment of the American Pie film franchise, ‘American Wedding’. This one garnered better reviews than his first film and earned over $200 million at the box office. His next film was the Will Ferrell-starrer sports comedy ‘Kicking & Screaming’ (2005). He also directed the drama short ‘Inside the Light’ that year.
In 2006, he directed five episodes of the fantasy TV series ‘Instant Def’. This was his first collaboration with the members of Black Eyed Peas as well as his first small-screen project. A year later, he directed the documentary short ‘Ricky Jay Plays Poker’ and worked with Nelly Furtado on the music video for her song ‘In God’s Hands’.
In 2008, his collaboration with will.i.am produced the Daytime Emmy-Award-winning music video ‘Yes We Can’. The short film was made within three days and stars over 30 celebrities. The video was based on Barack Obama’s 2008 presidential campaign. Initially released views through YouTube, the video garnered more than 26 million views with a few days since it was posted. It was dubbed by AdAge in 2012 as one of the most influential political ads of all time. At the 35th Daytime Emmy Awards, ‘Yes We Can’ won the Outstanding New Approaches – Daytime Entertainment award.
He collaborated with Joss Stone and Dave Stewart on the music video for ‘Stand Up to Cancer’ (2010) and directed the music video for The Black Keys’ song ‘Lonely Boy’ (2011). In 2012, he directed the TV special ‘Live with John Legend’.
Family & Personal Life
Jesse Dylan is married to actress and filmmaker Susan Traylor. They have two children together, a son, William (born 1995), and a daughter, Feury Mae (also known as Mae Mae). Dylan set up Lybba in 2007 to combine the latest verified medical data with social networking to help patients and health-care professionals to arrive at informed decisions.