Advanced Search
Jason Connery is a British actor and director who is best known for playing Robin Hood in the ITV television series ‘Robin of Sherwood’, and for directing the award-winning historical drama film 'Tommy's Honour'. However, despite his own achievements, many still remember him for his celebrity actor parents, Sir Sean Connery and Diane Cilento. According to him, being born to celebrity actors did not make his journey as an actor any smoother. He was in awe of the media image of his father, and when he finally decided to pursue acting professionally, he had to put on a defensive attitude, feeling it necessary to convince others that he can actually act, and is not in the industry because of his star parents. He has indeed proven his acting prowess in numerous TV shows and movies, including ‘Spymaker: The Secret Life of Ian Fleming’, ‘The Other Side of Paradise’, ‘Bullet to Beijing’, ‘Casualty’, ‘Urban Ghost Story’, ‘Merlin: The Quest Begins’, ‘Wishmaster 3: Beyond the Gates of Hell’, and many more. In recent times, he has been more interested in staying behind the camera rather than in front of it, and has established himself as a successful director by winning a Scottish BAFTA. Dashiell Connery
DID WE MISS SOMEONE?
CLICK HERE AND TELL US
WE'LL MAKE SURE
THEY'RE HERE A.S.A.P
Quick Facts

British People
British Men
Tall Celebrities
Tall Male Celebrities
British Actors
Childhood & Early Life
Jason Joseph Connery was born on January 11, 1963, in London, and grew up in both London and Scotland. He is the only son of legendary Scottish actor Sir Sean Connery and his first wife, Australian actress Diane Cilento.
He attended the co-educational independent boarding school, Millfield School, in the village of Street, in Somerset, England. While there, he held the under-16 freestyle swimming record for the south of England, and also received a half scholarship.
He later transferred to the Gordonstoun School for Boys in the north of Scotland, where he became interested in acting. During his time there, he came up with the idea to form the Inter-House Players Group, in which the girls’ house and the boys’ house together would stage one play each term. The tradition survives even today.
While in school, he directed ‘Hotel Paradiso’, which starred his classmate Edward Wessex (aka Prince Edward). Despite his involvement in acting and direction, he was frightened to reveal it to his famous actor parents, and told them only when he was accepted into the Bristol Old Vic Theatre School.
After a year, he entered into Perth Repertory Company in Scotland, where, apart from his weekly repertory work, he served as the assistant stage manager and also acted, in order to earn his Equity card. For six months, he rehearsed for one play during the day, while at the same time performing another at night.
Continue Reading Below
Career
Jason Connery started his acting career on stage, performing in many theatre productions, and later started to appear in several B-grade films. He made his film debut in 1983 when he was cast in the movie ‘The Lords of Discipline’.
In 1984, he appeared in a number of films, such as ‘The Boy Who Had Everything’, ‘The First Olympics: Athens 1896’ and ‘Nemo’. The next year, he had a role in the two episodes of ‘Vengeance on Varos’ series from the TV show ‘Doctor Who’.
His breakthrough role came when he was cast as Robin Hood in the final season of the popular UK television series ‘Robin of Sherwood’, which aired in 1986. He portrayed Robert Hood, after Michael Praed, who originally played the character, left the show after season two.
He had a guest role in the TV series ‘Worlds Beyond’ in 1987. In the following years, he continued to appear in films such as the Italian romantic comedy ‘Bye Bye Baby’ (1988), the musical ‘Puss in Boots’ (1988), the thriller ‘Tank Malling’ (1989) and ‘Casablanca Express’ (1989).
While his father Sean Connery was the first actor to don the iconic role of James Bond in films, he portrayed Ian Fleming, the creator of the fictional Secret Service agent, in 1990. The biographical television drama, ‘Spymaker: The Secret Life of Ian Fleming’, traced the author’s early frivolous life and subsequent work for the British intelligence agency during World War II.
During the next few years, he appeared on TV in shows like ‘Lenin: The Train’, ‘Mountain of Diamonds’, ‘The Other Side of Paradise’, and voiced the character of Beast in ‘Beauty and the Beast’. He also acted in the made-for-television films such as ‘Bullet to Beijing’ and ‘Midnight in Saint Petersburg’.
In 1997, he acted in the film adaptation of ‘Macbeth’ and appeared in the long-running British medical drama series, ‘Casualty’. He played lead roles in the 1998 British horror film 'Urban Ghost Story' and the pilot for a new TV series which was later made into the fantasy film ‘Merlin: The Quest Begins’.
He started the new decade featuring in the comedy film ‘Shanghai Noon’ and later had recurring acting and voice roles in TV shows like ‘Smallville’, ‘Mary-Kate and Ashley in Action!’, ‘Shoebox Zoo’ and ‘Trollz’. He acted in many horror films during this time, including ‘Wishmaster 3: Beyond the Gates of Hell’ (2001), ‘Lightspeed’ (2006), ‘Night Skies’ (2007), and ‘Brotherhood of Blood’ (2007).
He then turned to film direction and debuted as a director in the 2008 movie ‘Pandemic’, which was followed by ‘The Devil's Tomb’ the next year. He went on to direct two ‘After Dark Films’ productions: ‘51’ for ‘After Dark Originals’ in 2011 and ‘Philly Kid’ for ‘After Dark Action’ the next year.
In 2014, he was roped in to direct the film ‘Tommy’s Honour’, based on the lives of golf pioneers Old Tom Morris and his Young Tom Morris. The film, released in 2016, was received with positive reviews and earned him a ‘BAFTA Scotland Award’.
Major Works
As an actor, Jason Connery is best remembered for his role as Robert of Huntingdon in the television series ‘Robin of Sherwood’. His best work so far as a director is the critically acclaimed historical drama film 'Tommy's Honour'.
Awards & Achievements
Jason Connery’s movie, ‘Tommy’s Honour’, went on to win the ‘Best Feature Film’ award at the 2016 ‘British Academy Scotland Awards’. The film also received a nomination at the ‘Edinburgh International Film Festival’.
Personal Life & Legacy
In 1996, Jason Connery married American actress Mia Sara, whom he first met in Russia during the shooting of ‘Bullet to Beijing’. They welcomed a son, Dashiell Quinn Connery, in June 1997. The two divorced in 2002.
His mother had revealed in 2008 that he and his father had a troubled relationship, and that Sr. Connery might cut him from inheriting his fortune. However, he subsequently made a public statement saying rumors about his strained relationship with his father are false.
Trivia
Jason Connery and his father share two onscreen roles they portrayed during their respective acting careers. Both of them have played the characters of Macbeth and Robin Hood at some point in their lives.
Jason, who portrayed complex father-son relationship between golfer Old Tom Morris and his son in ‘Tommy’s Honour’, is himself a huge fan of golf, like his father. Following the movie’s release, he revealed that he cherishes his memories of playing golf with his father in Spain.

See the events in life of Jason Connery in Chronological Order 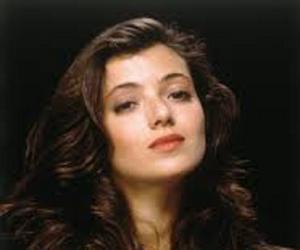