Jane Jacobs was an American-Canadian journalist, author, and activist. In her ground-breaking book, The Death and Life of Great American Cities, she argued that urban renewal did not respect the needs of most city-dwellers and introduced sociology concepts such as "eyes on the street" and "social capital’. She mobilized public opinion to protect existing neighborhoods from "slum clearance" and vehemently opposed Robert Moses in his plans to overhaul her neighborhood of Greenwich Village. She was instrumental in the eventual cancellation of the Lower Manhattan Expressway, which would have passed directly through Washington Square. After moving to Canada, she joined the opposition to the Spadina Expressway and the associated network of expressways in Toronto planned and under construction. As a mother and a female writer who criticized experts in the male-dominated field of urban planning, she was ridiculed as a "housewife" and a "crazy dame.” She was accused of being insensitive to racial inequalities apparent in the slums she advocated the preservation of older buildings because their lack of economic value made them affordable for poor people. Although her ideas of planning were praised at times as universal they were criticized as inapplicable to cities in the Third World. Denis Villeneuve
DID WE MISS SOMEONE?
CLICK HERE AND TELL US
WE'LL MAKE SURE
THEY'RE HERE A.S.A.P
Quick Facts

American Celebrities
Canadian Celebrities
Activists
Journalists
American Women
Canadian Women
Childhood & Early Life
Jane Butzner was born on May 4, 1916 in Scranton, Pennsylvania, to John Decker Butzner, a doctor, and Bess Robison Butzner, a former teacher and nurse. She had two brothers including John Decker Butzner, Jr .and a sister.
She graduated from Scranton High School where she was an indifferent student who preferred to read a book of her own, concealed under her desk, rather than listen to her teacher. 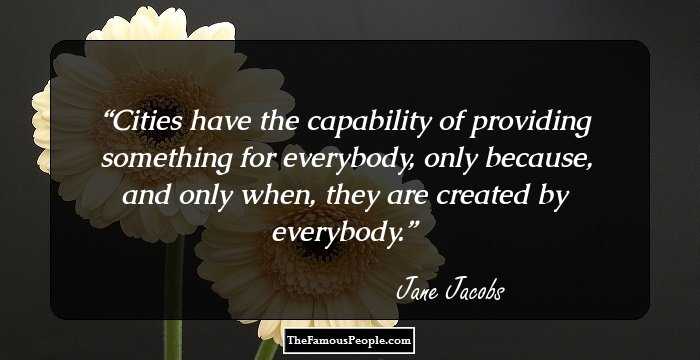 Continue Reading Below
Career
She worked for a year as an unpaid assistant at the Scranton Tribune after high school. In 1935, she moved to New York City and worked as a stenographer and a freelance writer.
She studied at Columbia University's School of General Studies for two years, taking courses in geology, zoology, law, political science, and economics and was pleased with the marks she got.
Her first job after graduation was with a magazine called Iron Age. Experiencing discrimination at Iron Age, she advocated for equal pay for women and for workers' right to unionize.
She became a feature writer for the Office of War Information during WWII, and then a reporter for Amerika, a publication of the U.S. State Department and continued to write for Amerika post- war.
She was asked to fill a questionnaire while working for the State Department. She was an anti –communist but was pro-union. She had come under suspicion for appreciating Saul Alinsky, the American community organizer.
She resigned from Amerika in 1952 when it announced its relocation to Washington, D.C. She joined the magazine Architectural Forum, published by Henry Luce of Time Inc. and began taking assignments on urban planning.
In 1954, she was assigned to cover a development in Philadelphia designed by Edmund Bacon. Contrary to expectations, she criticized Bacon's project for ignoring poor African-Americans and ending active community life.
In 1955, she met William Kirk, an Episcopal minister who worked for revitalizing East Harlem. Kirk visited the Architectural Forum offices to describe his efforts and introduced Jacobs to the neighborhood.
In 1956, she delivered a much appreciated lecture at Harvard as a substitute speaker for Forum colleague, Douglas Haskell. She began to be perceived as a threat by real estate owners, and developers.
Continue Reading Below
On William H. Whyte’ invitation she wrote a piece for Fortune magazine called ‘Downtown Is for People’, which appeared in 1958 and marked public criticism of Robert Moses.
Her criticism of Moses regarding Lincoln Center did not please supporters of urban renewal at Architectural Forum and Fortune. It particularly outraged C. D. Jackson, publisher of Fortune.
In 1962, she resigned from Architectural Forum to become a full-time author and mother. She opposed the Vietnam War and criticized the construction of the World Trade Center as a disaster for Manhattan's waterfront.
She moved to Toronto, and became a leading figure there. She helped stop the proposed Spadina Expressway and influenced the regeneration of the St. Lawrence neighborhood, a housing project regarded as a major success.
In her 1980 book, The Question of Separatism: Quebec and the Struggle over Separation, she offered an urbanistic perspective on Quebec's sovereignty and advocated the creation of a Province of Toronto distinct from Ontario.
She opposed the 1997 amalgamation of the cities of Metro Toronto, fearing that individual neighborhoods would have less power and ended the construction of a bridge joining the city's waterfront and Airport.
She argued against a plan of Royal St. George's College to reconfigure its facilities. She also suggested that the school be forced from the neighborhood entirely but her proposals were rejected.
She is regarded as mother of Vancouverism, an urban planning and architectural technique characterized by a medium-height, commercial base and narrow, high-rise residential towers to accommodate high populations and intent on preserving specific corridors. 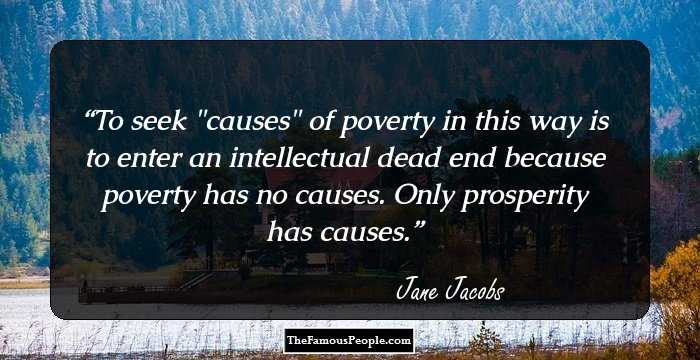 Continue Reading Below
Major Works
Jacobs’ ‘The Death and Life of Great American Cities’, a very influential book on city-planning, introduced terms like "social capital" and mixed primary uses". She labeled the entire profession of city planning, a pseudoscience.
She fought to prevent Washington Square Park from becoming a highway and chaired the Joint Committee to Stop the Lower Manhattan. In1968, following a public hearing; she was arrested on charges of inciting a riot.
Awards& Achievements
Jacobs was selected to be an officer of the Order of Canada in 1996 for her seminal writings and thought-provoking commentaries on urban development. She received the American Sociological Association Outstanding Lifetime Contribution Award
She received the second Vincent Scully Prize from the National Building Museum in 2000 which is awarded for exemplary practice, scholarship, or criticism in architecture, historic preservation, and urban design. 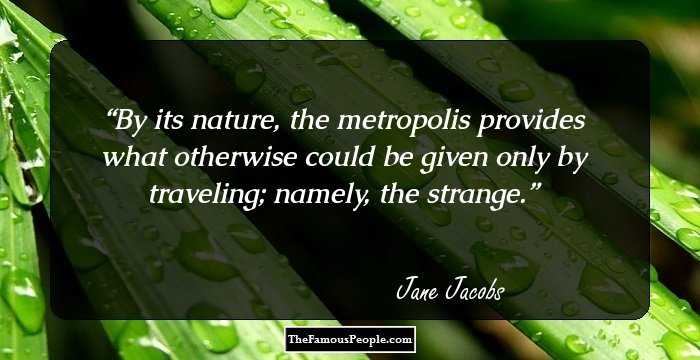 Quotes: Nature
Personal Life & Legacy
The activist met Robert Hyde Jacobs Jr., a Columbia-educated architect while working with the State department and married in 1944. Together they had two sons, James and Ned, and a daughter, Burgin.
Following her death the Rockefeller Foundation announced the creation of the Jane Jacobs Medal in 2007, while The Canadian Urban Institute also offers an award in her name - the Jane Jacobs Lifetime Achievement Award.
Trivia
According to this activist, “Cities have the capability of providing something for everybody, only because, and only when, they are created by everybody”.
Canadian singer Michael Ford’s debut album, Stars Shone On Toronto, paid homage to some of the city’s buildings, historic moments and deceased residents, including this writer and urban activist.
Recommended Lists:
Media Personalities #679

Quotes By Jane Jacobs | Quote Of The Day | Top 100 Quotes

See the events in life of Jane Jacobs in Chronological Order 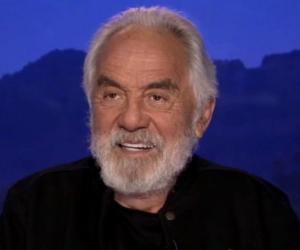