Advanced Search
James Todd Spader is an American actor who excels in portraying offbeat roles in both films and television. Although he worked in several films, including ‘Endless Love,’ ‘Mannequin,’ ‘Less Than Zero,’ and ‘Wall Street,’ he had his breakthrough role in the film ’Sex, Lies and Videotape.’ In the film, he portrayed the character of ‘Graham Dalton,’ a sexual voyeur, which made him a household name and fetched him the ‘Best Actor Award’ at the ‘Cannes Film Festival.’ Throughout his acting career, which spans over three decades, he has played important roles in both films and television series. Some of his remarkable films include ‘Stargate’ (science fiction), ‘Crash’ (psychological thriller), and ‘Secretary’ (erotic romantic film). His role as an attorney named ‘Alan Shore’ in the television series ‘The Practice’ is counted among one of his best works in television. He received the ‘Primetime Emmy Award’ for ‘Outstanding Lead Actor in a Drama Series’ and also the ‘Satellite Award’ for ‘Best Actor – Television Series Musical or Comedy’ for his portrayal of ‘Alan Shore.’ Some of his other noted roles in television includes that of ‘Robert California’ in ‘The Office’ and ‘Raymond ‘Red’ Reddington’ in ‘The Blacklist.’ The superhero blockbuster film ‘Avengers: Age of Ultron’ saw him playing the antagonist ‘Ultron.’ American People
Actors
American Men
Massachusetts Actors
Aquarius Actors
Childhood & Early Life
James Todd Spader was born on February 7, 1960, in Boston, Massachusetts, USA, to Stoddard Greenwood ‘Todd’ Spader and Jean Spader. He is the third child and only son to his parents.
Both his parents were teachers. He studied at ‘The Pike School’ where his mother was an art teacher. He also studied at ‘Brooks School’ where his father worked as a teacher.
He later joined the ‘Philips Academy’ but dropped out when he was in eleventh grade. Though many of his family members were professors and scholars, his contrasting interest in acting made him forego his formal education and enroll at New York’s ‘Michael Chekhov School’ to pursue acting.
During his training in ‘Michael Chekhov School,’ he supported himself by taking up various jobs, including that of a yoga instructor, railroad car loader, and truck driver before becoming a full-time actor. 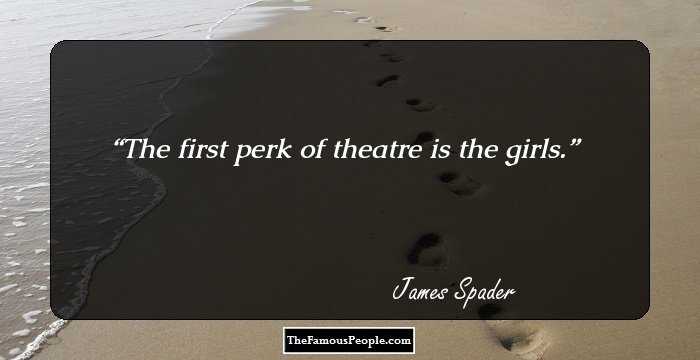 Continue Reading Below
Career
Though his first film was ‘Team-Mates’ (1978), ‘Endless Love,’ which released in 1981, is considered to be his first major breakthrough film. In the film, he played ‘Keith Butterfield.’
In 1983, he began his television career with ‘The Family Tree’ and went on to work in several other series.
His film and television career continued with projects, such as ‘Cocaine: One Man's Seduction’ (1983), ‘A Killer in the Family’ (1983), ‘Family Secrets’ (1984), ‘The New Kids’ (1985), and ‘Starcrossed’ (1985). His first film with a starring role was ‘Tuff Turf’ which released in 1985.
Even though he had done several films, he rose to stardom with his 1986 film ‘Pretty in Pink’ where he essayed the character of ‘Steff,’ a wealthy and arrogant playboy.
Four of his films, namely ‘Mannequin,’ ‘Less Than Zero,’ ‘Baby Boom,’ and ‘Wall Street’ were released in 1987. ‘Wall Street’ and ‘Baby Boom’ saw him playing supporting roles.
His films ‘Greasy Lake’ and ‘Jack’s Back’ were released in 1988. His popularity increased with the release of the 1989 film ‘Sex, Lies, and Videotape’ where he essayed the role of ‘Graham Dalton,’ a sexual voyeur. The film won him the ‘Best Actor Award’ at the ‘Cannes Film Festival.’
His versatility is reflected in the different roles that he plays with élan. Some of the characters that he played during the 1990s include that of an affluent widower in ‘White Palace’ (1990), a poker-playing drifter in ‘The Music of Chance’ (1993), and an Egyptologist in ‘Stargate’ (1994). He acted as a car accident fetishist in the controversial Canadian psychological thriller ‘Crash’ (1996).
He appeared as a guest artist in the 1997 episode ‘The Apology’ in the popular live-action ‘NBC’ sitcom ‘Seinfeld.’
In 2000, the film ‘The Watcher’ portrayed him as a detective in search of a serial killer.
Continue Reading Below
He played the role of a sadistic boss in ‘Secretary’ (2002). The film received critical acclaim. His other films in the 2000s include ‘Supernova’ (2000), ‘Speaking of Sex’ (2001), ‘The Stickup’ (2002), ‘The Pentagon Papers’ (2003), and ‘Shorts’ (2009).
He played ‘Alan Shore’ in the television series ‘The Practice’ from 2003 to 2004. He reprised the role in ‘Boston Legal’ from 2004 to 2008. For his portrayal of ‘Alan Shore,’ he won the ‘Primetime Emmy Award’ for ‘Outstanding Lead Actor in a Drama Series’ in 2004, 2005, and 2007. The role also won him the ‘Satellite Award’ for ‘Best Actor – Television Series Musical or Comedy’ in 2006.
In October 2006, he narrated ‘China Revealed,’ the first episode of a documentary series titled ‘Discovery Atlas’ which aired on ‘Discovery Channel.’
He has lent his voice for the Japanese brand ‘Acura’ in many of its television commercials.
James Spader acted in the play ‘Race’ which was written and directed by David Mamet. The play opened at Broadway’s ‘Ethel Barrymore Theatre’ on December 6, 2009. It closed on August 21, 2010, after completing 297 shows.
From 2011 to 2012, he played ‘Robert California,’ a less-than-ethical salesman for the series ‘The Office,’ and was nominated for ‘Screen Actors Guild Award’ for ‘Outstanding Performance by an Ensemble in a Comedy Series.’
In 2012, he essayed the character of ‘W. N. Bilbo’ in Steven Spielberg’s film ‘Lincoln.’ The cast of the biographical drama includes Sally Field, Joseph Gordon-Levitt, and Daniel Day-Lewis. He was nominated for ‘Screen Actors Guild Award’ for ‘Outstanding Performance by a Cast in a Motion Picture’ for his role.
In 2013, he was cast to play one of FBI’s most wanted fugitives ‘Raymond ‘Red’ Reddington’ in the ‘NBC’ series ‘The Blacklist.’ The show became a huge hit. In 2014-15, he was nominated for the ‘Golden Globe Award’ for ‘Best Actor – Television Series Drama’ for his role in the series.
He played ‘Ultron,’ a villainous robot, in the 2015 superhero action blockbuster film ‘Avengers: Age of Ultron.’ 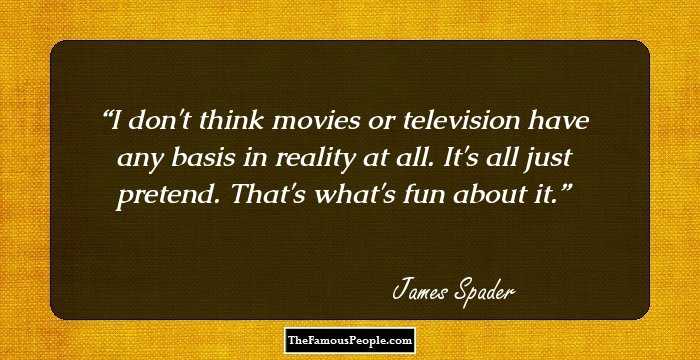 Personal Life & Legacy
In 1987, James Todd Spader married Victoria Kheel whom he had met at a yoga studio while working there as a yoga instructor. The couple has two sons - Elijah and Sebastian. Todd and Victoria filed for divorce in 2004.
He began dating Leslie Stefanson in 2002. Their son Nathaneal was born in August 2008.

Quotes By James Spader | Quote Of The Day | Top 100 Quotes

See the events in life of James Spader in Chronological Order