James Gandolfini was an American actor who became popular for his portrayal of the character of mobster Tony Soprano in the hit television series ‘The Sopranos’. Although Gandolfini had been active in Hollywood since the 1980s, playing minor roles in hugely successful films such as ‘Crimson Tide’ and ‘True Romance’, it was his role of Tony Soprano that vaulted him to worldwide fame. His portrayal of a cold-blooded but troubled mobster on the hit HBO TV series earned him, among other honours, three Emmys for best actor in a TV series. The show ran for six seasons starting from 1999 and is widely regarded by viewers and critics alike as one of the greatest American TV shows. After Sopranos ended, Gandolfini reunited with HBO to produce a documentary on the post-traumatic stress disorders that soldiers who returned from Iraq suffered from. His other notable appearances included his Tony-nominated role in the Broadway play ‘God of Carnage’. However, Gandolfini’s career was cut short by his unexpected demise, at the age of 51, in 2013.
Continue Reading Below 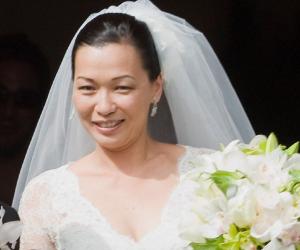 American Celebrities
New Jersey Actors
Rutgers University
Tall Celebrities
Tall Male Celebrities
Childhood & Early Life
James Gandolfini was born on September 18, 1961, in Westwood, New Jersey, to Sannta and James Joseph Gandolfini Sr. His mother worked as a lunch lady and was of Italian ancestry, while his father worked as a bricklayer and janitor. His father was a war veteran and had participated in World War II.
His close bond with his family and their Italian ancestry ensured that Gandolfini was ingrained with an Italian-American identity. He was raised as a Roman Catholic, and he grew up in Park Ridge, New Jersey.
He attended the Park Ridge High School. He was actively involved in sports and theatre and was also titled the ‘Class Flirt’ in the senior year. He graduated from school in 1979.
He enrolled in Bachelors program in Communication Studies at Rutgers University and graduated in 1982. While studying, he also worked as a bouncer, bartender, and a club manager.
He moved to New York City later. His stint with acting began when he visited a Meisner Technique acting class along with his friend. He was impressed with this and decided to study acting under Kathryn Gately at Gately Poole Conservatory.
Continue Reading Below
You May Like

The Hottest Male Celebrities With The Best Abs
Career
James Gandolfini was first seen in ‘On the Waterfront’, a Broadway production, in 1992. The show ran for over six weeks. In his first credited feature film ‘A Stranger Among Us’, he played Tony Baldessari.
In 1993, he essayed the role of Virgil, a mob member, in the thriller ‘True Romance’. He had minor roles in other movies, such as ‘Mr. Wonderful’ and ‘Money for Nothing’.
In 1994, he played the role of a mobster cum insurance agent in ‘Terminal Velocity’. His only other big screen appearance in this year was in the romantic comedy ‘Angie’.
1995 proved to be a successful year as he starred in the commercially hit film ‘Crimson Tide’. He also played a minor role in ‘Get Shorty’. The latter fetched him a nomination at the Screen Actors Guild Award.
In the next few years, he was a part of major hits such as ’12 Angry Men’ (1997), ‘Night Falls on Manhattan’ (1997), ‘A Civil Action’ (1998), and ‘8 mm’ (1999). These movies paved his path to one of his biggest roles in his career.
He was roped in to play Tony Soprano, the lead, in the drama ‘The Sopranos’. He portrayed the character of a mobster who was deeply connected to his family. The show first began in 1999 and ran for six seasons until 2007.
His role as Tony Soprano won him three Emmy Awards and a Golden Globe Award; he was constantly featured in the media as the most remembered TV Icon of all times. To his credit, he had several other nominations for his role.
He appeared in many TV shows as a guest, including ‘Sesame Street’ and ‘Saturday Night Live’. He also continued to act in major movies.
In 2001, he acted in the movie ‘The Mexican’, for which he won the L.A. Outfest Award. Other movies in the same year included ‘The Man Who Wasn’t There’ and ‘The Last Castle’.
Continue Reading Below
Between 2004 and 2006, he acted in several other movies in both supporting roles and as a guest actor. Some of these movies include ‘Surviving Christmas’, ‘Stories of Lost Souls’, and ‘All the King’s Men’.
He also started a production company called Attaboy Films along with Alexandra Ryan. In 2007, he produced a documentary ‘Alive Day Memories: Home from Iraq’ that focused on war veterans from the Iraq war. It included his interviews with ten soldiers who bared their feelings and emotions about the tumultuous days of the war and its aftermath.
He returned to Broadway in 2009. He appeared in ‘God of Carnage’ along with Jeff Daniels and was nominated for a Tony Award. He also played the Mayor of New York in ‘The Taking of Pelham 123’.
In 2010, he was the producer of the documentary ‘Wartorn: 1861-2010’, which analyzed the effects of posttraumatic stress disorder and featured interviews with military officials. It won the PRISM Award for Best Documentary Program.
In 2012, he was the executive producer of ‘Hemingway & Gellhorn’, a movie about Ernest Hemingway’s relationship with Martha Gellhorn. He was also seen in ‘Not Fade Away’ and ‘Zero Dark Thirty’.
In 2013, ‘Enough Said’ one of the two films that he was involved in before his death, was released. It was was a romantic comedy that also starred Julia Louis-Dreyfus and it became a huge hit.
The other movie that was released after his death was ‘The Drop’, in 2014. The movie also starred Tom Hardy and Noomi Rapace. Gandolfini’s performance in the movie was highly acclaimed.
He was set to star in the TV series ‘The Night of’, but owing to his death, they credited him as an executive producer and replaced him with John Turturro.
Major Works
James Gandolfini is best remembered for his role as Tony Soprano in the HBO hit series ‘The Sopranos’. He played the lead role of a mobster who has troubles adjusting his professional and personal life. The show ran from 1999 until 2007 and was a huge success.
Gandolfini’s most cherished movie was ‘Enough Said’ (2013), a comedy drama where he starred alongside Julia Louis-Dreyfus. The movie became a huge hit, and he won several awards for his role.
Personal Life & Legacy
James Gandolfini’s first marriage was to Marcy Wudarski. He had a son named Micheal with her. They couple divorced in December 2002.
He next married Deborah Lin in August 2008 after dating her for two years. Together, they had a daughter named Liliana Ruth together.
He was found unconscious in his room in Rome on June 19, 2013, by his son. When the emergency paramedics arrived, they took him to the hospital. He was however declared dead shortly, and the cause of his death was said to be a heart attack.
His legacy was such that all New Jersey building flew their flags at half-staff when he was transported to the US. He was cremated on June 27, 2013 at the Episcopal Cathedral of Saint John the Divine.
To honor his contribution, he was posthumously inducted in the New Jersey Hall of Fame in 2014.

See the events in life of James Gandolfini in Chronological Order