James Douglas Muir Leno is an American television host, actor and comedian. He is famous for hosting the popular television talk show titled ‘The Tonight Show with Jay Leno’. He first started presenting the show in 1992 and after 17 successful years, he left the show in 2009 to host his own talk show ‘The Jay Leno Show.’ However, it did not work out and the show was cancelled within a year resulting in Leno coming back to host his former show again on primetime. His popularity as a TV host led to several film appearances as well. He appeared as himself in films like ‘Dave’, ‘In & Out’, ‘Wag the Dog’, ‘Space Cowboys’, ‘Stuck on You’, and ‘Ted 2’. Leno has also appeared in many television shows as a guest or in recurring roles. He has won several awards including two Primetime Emmy Awards. Apart from his work in the show business and occasional appearances in various films, Leno is very much active in philanthropic works along with his wife. Leno is also a ‘motor freak’ who has an astonishing 286 vehicles, including 169 automobiles and 117 motorcycles in his collection. He spends his free time in his garage where he has kept his gigantic collection and has also set up a website as well as a show titled ‘Jay Leno's Garage’ that contains videos of his garage and the vehicles of his interest. 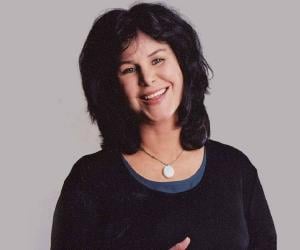 American People
Film & Theater Personalities
American Men
Emerson College
Male Tv Presenters
Childhood & Early Life
James Douglas Muir Leno was born in New Rochelle, New York on April 28, 1950 to Catherine, a homemaker, and Angelo, an insurance salesman. His mother had moved from Scotland to the United States when she was 11 years old while his father had been born in New York to immigrants from Flumeri, Italy.
He went to Andover High School and later earned a bachelor's degree in ‘speech therapy’ from Emerson College. 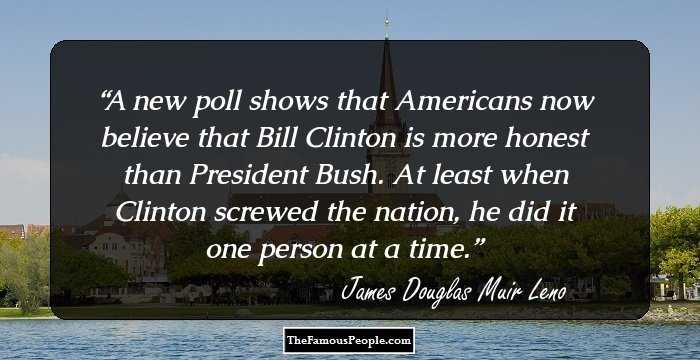 Who Is The Most Popular BTS Member?
Career
Jay Leno started his career in a television show titled ‘The Tonight Show’ back in March 1977. In the next decade he would go on to make several appearances in numerous television shows and films including ‘Good Times ‘, ‘Holmes & Yo-Yo’, ‘Fun with Dick and Jane’, ‘American Hot Wax’, ‘Silver Bears’, ‘Almost Heaven’, ‘Going Nowhere’, ‘One Day at a Time’, ‘Americathon’, ‘Polyester’, ‘The Wild One’, ‘Alice’, ‘Feminine Mistake’, ’Laverne & Shirley’ and ‘Late Night with David Letterman’.
After many successful appearances in various productions, Leno finally got his big break in the show ‘The Tonight Show’ where he replaced Johnny Carson as the host in 1992. He would eventually go on to become the soul of the show for nearly two decades.
During his time in ‘The Tonight Show’, Leno got involved in the 2005 trial of Michael Jackson over allegations of child molestation. He was one of the few celebrities who appeared as defense witnesses. Due to his involvement, he was forced not to make any jokes on Jackson on his show which had been a daily fixture on the show previously.
Leno, along with the scriptwriters, exploited the order and found a loophole to allow others on the show to do the jokes. These gigs were challenged at the court, but Leno and the production team eventually won. The court allowed them to make jokes but ordered them not to discuss Jackson’s testimony. Leno and the staff celebrated the court’s ruling with an entire episode being dedicated to Michael Jackson gigs.
After 17 successful years on ‘The Tonight Show’, Leno was replaced by Conan O'Brien in 2009, as a result of Conan’s contract with NBC. Later on March 1, 2010, Jay Leno returned to host the show again replacing Conan after the completion of the 2010 Winter Olympics.
Along with presenting his successful show, Leno has also worked as a voice artist for various animation films apart from doing bit roles in films and making guest appearances. Some of the popular characters he has voiced are ‘Fire Hydrant’ from ‘Robots’, ‘Jay Limo’ from ‘Cars’, ‘Fast Tony’ from ‘Ice Age: The Meltdown’, ‘Jack O'Lantern ‘ from ‘Scooby-Doo! And the Goblin King’, and ‘Murray Hare’ from ‘Unstable Fables: Tortoise vs. Hare’. 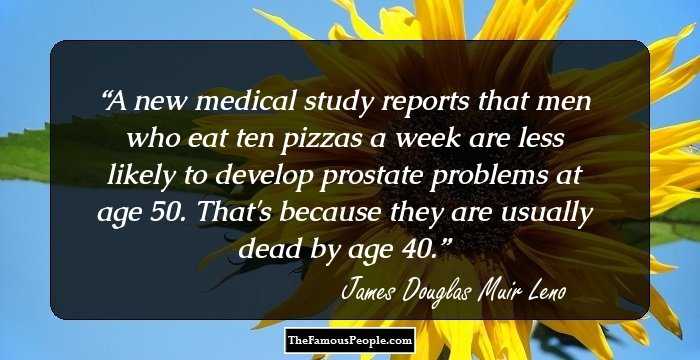 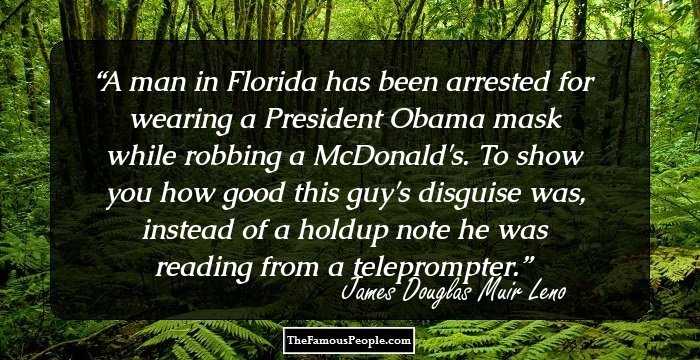 Personal Life
Jay Leno married Mavis Leno in 1980 and mutually decided to not have any kids. The couple has been involved in many philanthropic works over the years.
He lost his mother in 1993 when he was hosting the first season of ‘The Tonight Show’ and a year later his father passed away at the age of 84. Leno also had a brother, Patrick Leno, a Vietnam veteran who died in 2003 due to cancer.
Leno has described himself as someone who does not drink, smoke, or gamble. According to him, he is a ‘dyslexic’ and only requires four-five hours of sleep every day.
He is crazy about motors and holds a collection of 286 vehicles in his garage.
Trivia
Own a McLaren F1 supercar.
A huge fan of Elvis Presley and Patrick Rondat by his own admission.
Among his collection of vehicles some were used in the movie ‘Batman & Robin’ in 1997.

See the events in life of Jay Leno in Chronological Order