Advanced Search
James Dean, who played the young and handsome protagonist in the drama film ‘Rebel Without a Cause,’ was a highly talented actor. Unfortunately, he was snatched away too soon from the face of the earth. Aged just 24 at the time of his death, James had already achieved more than what many others may achieve over a longer period of time. With his portrayal of a disillusioned teenager in ‘Rebel Without a Cause,’ he became a cultural icon of sorts. The 1950s was a period of great chaos in the American society, with young people trying hard to break free from the restrictions of the elders and the society. Released at such a time, ‘Rebel Without a Cause’ had James playing a rebellious man and the youngsters could easily relate to the character he portrayed. Dean had himself experienced a difficult childhood and could thus portray on the screen his heartfelt anguish and vulnerability. Having lost his mother to cancer when he was a little boy, he struggled hard to get over her death and move on. He chose to study drama in college which angered his father, adding to the youngster’s list of woes. However, he proved to be a natural at acting and was soon hailed as an emerging superstar. An automobile accident claimed his life, bringing an abrupt end to a promising career. American Celebrities
American Men
Indiana Actors
Aquarius Actors
American Actors
Childhood & Early Life
James Dean was born James Byron Dean on 8 February 1931, in Marion, Indiana, USA, to Winton Dean and Mildred Wilson. His father, who once worked in farming, became a dental technician to improve his prospects.
The family moved to California and James attended ‘Brentwood Public School’ for a while before joining the ‘McKinley Elementary School.’ He was a mediocre student.
He was very close to his mother whom he felt was the only person who understood him. Unfortunately, his mother became sick with cancer and died when James was just nine years old.
He proved to be a popular student in high school and played for the school’s baseball and basketball teams. He also studied drama and practiced public speaking. He graduated from ‘Fairmount High School’ in 1949.
He enrolled at the ‘Santa Monica College’ (SMC) where he majored in pre-law. However, he realized that he did not want to be a lawyer, but an actor. Thus, he transferred to UCLA where he changed his major to drama. This angered his father and the two became estranged.
While studying at UCLA, the talented young man was chosen from a group of 350 actors to play ‘Malcolm’ in ‘Macbeth.’ He did not complete his studies as he dropped out in 1951 to pursue a career in acting. 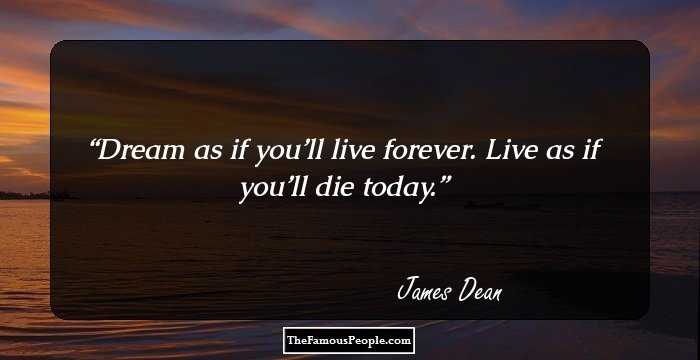 Continue Reading Below
Career
He made his television debut by appearing in a ‘Pepsi Cola’ commercial. He then landed a role in the comedy ‘Sailors Beware’ which also had Jerry Lewis and Dean Martin. The initial years were very difficult for him and he often took up part-time jobs to make ends meet.
He moved to New York City and enrolled at the ‘Actors Studio’ to study under Lee Strasberg. While in New York, he worked as a stunt tester for the game show, ‘Beat the Clock.’
Throughout the early-1950s, he played small roles in various television programs, such as ‘Family Theater’ (1951), ‘The Bigelow Theatre’ (1951), ‘CBS Television Workshop’ (1952), and ‘Hallmark Hall of Fame’ (1952).
He starred in an Off-Broadway production of Franz Kafka’s ‘The Metamorphosis’ in 1952. It revolves around the tale of a man who transforms into a large, monstrous insect-like creature.
In 1954, he appeared in the Broadway production of ‘The Immoralist,’ which tells the story of a gay man who marries a woman hoping that the marriage would help him deal with his homosexual desires.
He played a role in the 1954 Off-Broadway play ‘The Scarecrow’ which was about a woman who creates a scarecrow with human-like features with the help of witchcraft. She then tries to use it to seek revenge on her former lover who had deserted her during her pregnancy.
In 1955, he played the role of ‘Cal,’ a young man who feels that his father prefers his brother Aron over him, in the movie ‘East of Eden.’ It was the first major role James played and received considerable appreciation for his acting skills.
In 1955, he also starred in what would become his best remembered role in the movie ‘Rebel Without a Cause.’ This movie became highly popular among teenagers who could easily identify with the character James played. 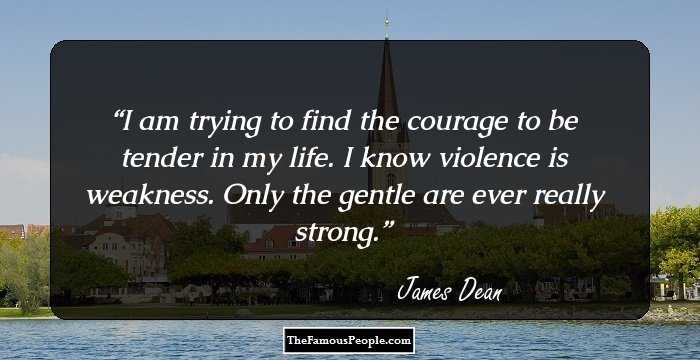 Quotes: Life, Trying, I
Continue Reading Below
Major Works
He played the lead role in ‘East of Eden,’ which is about a young man who vies for the attention of his religious father who always seems to prefer his brother. This was the only major film of his to be released during his lifetime.
His portrayal of ‘Jim Stark’ in the iconic movie ‘Rebel Without a Cause’ catapulted him to stardom. His character in real life helped him to play the disturbed teenager that he was playing to perfection.
Awards & Achievements
He won the ‘Golden Globe Special Achievement Award’ for ‘Best Dramatic Actor’ for his portrayal of ‘Cal Trask’ in ‘East of Eden’ (1955). This role also earned him the ‘Jussi Award’ for ‘Best Foreign Actor’ and a nomination for the ‘Academy Award’ for ‘Best Actor.’ 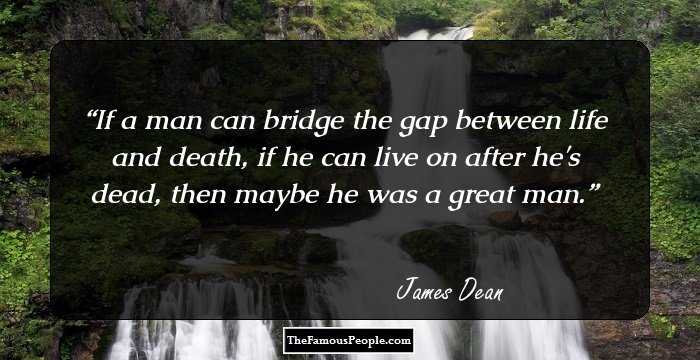 Quotes: Life, Death
Personal Life & Legacy
His sexuality was often a matter of discussion in the film world. One of his best friends William Bast revealed years after Dean’s death that the two had a sexual relationship.
He also dated many women, including Beverly Wills, Barbara Glenn, and Liz Sheridan. He had a much publicized affair with the beautiful Italian actress Pier Angeli.
He loved car racing from a young age. On 30 September 1955, he and his mechanic were driving to a weekend race in California when his car had a head-on collision with another car. He was taken to a hospital where he was declared brought dead.
Trivia
He became the first actor to receive a posthumous acting nomination in the history of ‘Academy Awards.’
He is also the only actor to hold two posthumous ‘Academy Award’ nominations for his films ‘East of Eden’ and ‘Giants.’

See the events in life of James Dean in Chronological Order