Disney’s wonder boy, Jake T Austin is not just a handsome voice behind a character but is a talented actor as well. This child artist turned actor has cemented his place in the film and television industry with his recurring successes. From the age of ten, Jake had his ambition figured out. From commercials to voice acting to live-action hero, he has done it all. Jake has worked under the best banners of the industry, learning from first-hand sources. He has been loved by his audience ever since he began his career. Today, Jake has a humongous fan base on numerous social platforms. On ‘Instagram’ he has 1.9 million followers. He is also found tweeting quite often on ‘Twitter’ where he has 3.59 million followers. His ‘Facebook’ page has over 2.8 million fans posting their adoration and support for him. American People
American Men
New Yorkers Actors
American Actors
Sagittarius Actors
The Meteoric Rise to Stardom
When Jake was eight, he starred in several commercials. In 2003, with his commercial success, he appeared on the ‘Late Show with David Letterman’. Nickelodeon was highly impressed with his talent, and signed him on as the voice behind Dora’s cousin Diego, in the cartoon ‘Dora the Explorer’. Immediately Nickelodeon launched a show solely on Diego called ‘Go, Diego, Go!’ which became Jake’s breakthrough stint in the industry. In a couple of years he found himself cast as a voice actor in animated films such as ‘The Ant Bully’ and ‘Everyone’s Hero’. Since this young teenage star had adorable looks, he was cast in his debut live-action film, ‘The Perfect Game’. His performance was acclaimed, and many avenues opened up for him. Jake was over the moon when Disney offered him a role in the movie ‘Johnny Kapahala: Back on Board’ and in their TV show ‘Wizards of Waverly Place’ alongside Selena Gomez. He made appearances on several Disney shows, such as ‘Hannah Montana, ‘The Suite Life on Deck’ and ‘Wizards on Deck’. DreamWorks eyed the young celebrity and offered him a role in 2009 for the film ‘Hotel for Dogs’. All through his career, he possessed a hidden talent as a writer, finally in 2011, he sold his first script, ‘Kings of Suburbia’. He has also worked with ‘20th Century fox’ and has voiced the character Fernando in the hit movies ‘Rio’ and ‘Rio2’. 2013 saw him as ‘Jesus Foster’ in the drama series ‘The Fosters’, and in 2016, he was signed as a voice actor in DC Comics’ ‘Justice League vs. Teen Titans’. If you think that’s all, then hold on! Jake’s unaccomplished dream is to one day become a director.

Actors Who Are In Their 20s
American Film & Theater Personalities
Sagittarius Men
Continue Reading Below
What Makes Jake T. Austin So Special
Apart from his ingenious talent, he comes across as a charming and warm person. Though he is now recognized globally, he remains down to earth and hard working. Jake knows that nothing comes easy, and it is with his determination and endeavor that he is now an accomplished artist. Thus, he doesn’t take life easy, he works to continuously deliver outstanding performances. In several interviews, he has mentioned that he can never thank his fans enough, and is forever grateful for their love and support.
Beyond Fame
He is an athlete, all kinds of sports, especially snowboarding, surfing, basketball and soccer help him stay in shape. He has an innate hobby for making short films along with his friends, and watches movies and shows to help develop his directing skills. He takes good care of his hair and considers it his asset. He loves riding the waves at the Santa Monica beach and is a good dancer too. He hopes to someday travel to Italy, where he can gorge on pastas and soak in the beauty of the place.

Behind The Curtains
He was born to Giny and Joe Szymanski in New York City. He also has a sister named Ava, she is six years younger than him. Jake has imbibed the Puerto Rican culture from his mother, who is of Spanish decent. Since his father is of Irish and English decent, he speaks fluently in English and can converse in Spanish as well. He began his education at West Nyack Elementary School and went on to graduate from Felix Festa Middle School in New York. Even during his early career he prioritized education. Jake has had a fairytale love story, he is presently dating his fan Danielle Caesar. Since 2009, she regularly tweeted him, until 2011 when he met her and followed her on twitter. She pursued him for another four years until late 2015, when he began dating Danielle. The two are deeply in love, and though he may have broken a million hearts, he says he has never been happier.

Let’s make wishes come true! 🙏🏼@makeawishamerica grants life-changing wishes to children with critical illnesses 💫. I’m proud to be a part of #macysbelieve ❤️. @Macys will donate $1 to Make-A-Wish for every letter you (yes, “you”) write to Santa 📝…and you can do it in stores or at macys.com/believe 📲. I believe in you, and I believe that together, we can get to $1 million 🙌🏾! So drop a note to Santa and bring more wishes to kids this holiday season ❄️. Join me today, and let’s get this done before Dec 24 🎄. 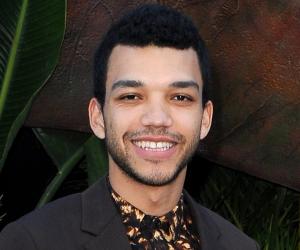 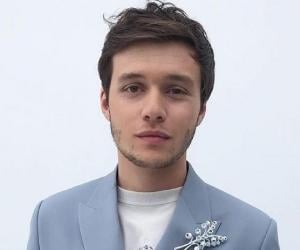