Advanced Search
Jake Paltrow is an upcoming American film director and actor, who has to his credit films like ‘The Good Night’, ‘Young Ones’ and ‘De Palma’. Born in a family with a legacy in films, Paltrow’s career choice wasn’t hard to guess. While his father has been a famed director, his mother and sister have been celebrated actresses. His extended family too has a long list of sheer geniuses’, right from his cousin Katherine Moenning to Uncle Harry Danner. But when born in a family with such big names, it can be mentally exhausting for one to prove himself and be worth the ‘title’! Paltrow Since an early age, Jake Paltrow had a lot of involvement in show business and had an innate understanding of it. His stint with the direction began when he first received a camera recorder from his father. This ignited in young Paltrow the passion for filmmaking. Following his passion, he soon got himself involved in the craft religiously. Though Jake is not as popular as his actress sister, he is lauded by critics and audience for having made a name of his own. American People
American Men
Tall Celebrities
Tall Male Celebrities
American Directors
Career
When Jake Paltrow decided to make a career in filmmaking, little did it surprise anyone! But just as they say, you need to have it in you to survive in the world of entertainment and so was it valid for Jake Paltrow as well. His first prominent stint behind the camera was when he wore the cap of the director for some NYPD episodes. He directed a total of ten episodes for the television series, thus following the footsteps of his father who once had started off as a television director himself.
In 2006, Paltrow took the big leap to films. He made his debut as a film writer and director with the movie ‘The Good Night’, starring his sister Gwyneth in the lead role. The movie was released at the 2007 Sundance Film Festival. Following his debut film, Paltrow produced a string of short films about actors for the New York Times.
In 2010, he appeared in front of camera for a role in the film ‘Greenberg’. Prior to this, in 2002, he had appeared in the television show ‘Last Call with Carson Daly’. In 2013, Paltrow directed two episodes of the famous television series ‘Broadway Empire’. A year later, in 2014, Paltrow wrote, directed and produced the dystopian sci-fi Western ‘Young Ones’.
His most recent work includes the 2015 American documentary film ‘De Palma’, which was about the director and screenwriter Brian De Palma. The film premiered at the 72nd edition of the Venice Film Festival. It was a collaborative effort between him and Noah Baumbach. The film did exceedingly well and received rave reviews.
Recommended Lists:

American Film & Theater Personalities
Libra Men
Continue Reading Below
Personal Life
Jake Paltrow was born on September 26, 1975 in Los Angeles, California to Bruce Paltrow and Blythe Danner. Coming from a showbiz background, his father who worked as a director and mother who was an actress by profession, it was only natural for Jake to follow suit. He has an elder sister Gwyneth Paltrow who is an extremely popular actress as well.
Jake Paltrow’s interest in filmmaking was seeded right in his childhood. During his early years, he spent much of his time with his father discussing movies. The discussion then wasn’t limited to the movies made by Bruce himself but a generic one. Young Paltrow got inspired by the concept of filmmaking and carving out stories that did not have to be bound by reality.
Jake Paltrow is married to photographer and artist Taryn Simon. The couple has been blessed with two children, Whister Paltrow and Eliel Paltrow. 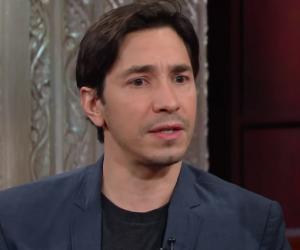