Jackie Kennedy is fondly remembered as the stylish wife of slain American President John F. Kennedy. Jackie became the first Lady of United States in 1961 after John Kennedy became the American President and she remained so for a short period till 1963 when John was murdered. Jackie was a great enthusiast of art and encouraged preservation of historic architecture. She was very famous for her gorgeous looks and her beautiful and elegant style statements. Several years after Kennedy’s death, Jackie married Greek shipping magnate Aristotle Onassis who also died, after which Jackie spent the rest 20 years of her life as a successful book editor. Jackie was known for her graceful interviews and photographs given to the press. Jackie Kennedy was known for her preference towards privacy in her personal and family life. She became the youngest First Lady in American History at the age of 31 when her husband became the President. Lee Radziwill
28th July In History
DID WE MISS SOMEONE?
CLICK HERE AND TELL US
WE'LL MAKE SURE
THEY'RE HERE A.S.A.P
Quick Facts

See the events in life of Jackie Kennedy in Chronological Order 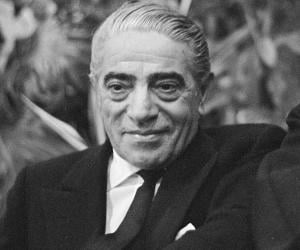