Jack Kirby, born Jacob Kurtzberg, was an American comic-book artist who created innumerable original characters, such as ‘The Incredible Hulk,’ ‘Captain America,’ and ‘The Fantastic Four.’ Born and raised in the US, he was a self-taught artist. He is considered as “The King of Comics” for his influential creations and contributions to the world of comics and his extensive body of work. His distinctive style of drawing, boundless imagination, and storytelling skills helped him create a mark for himself. He created countless popular characters and stories and could work across a wide range of genres, such as war, romance, superhero, and western. His long partnership with Joe Simon created a number of amazing comics. They also founded a company named ‘Mainline Publications,’ which was, however, short-lived. His collaboration with writer and editor Stan Lee produced remarkable characters such as ‘X-Men’ and ‘The Fantastic Four.’ Kirby worked for various comic publications, including ‘Timely Comics/Marvel Comics,’ ‘National Comics Publications/DC Comics,’ ‘Crestwood Publications,’ and ‘Harvey Comics.’ He was married to Rosalind Goldstein, and they had four children. He died of heart failure at the age of 76. American Celebrities
Artists & Painters
Comic Book Writers
American Men
Virgo Writers
Childhood & Early Life
Jack Kirby was born on August 28, 1917, in the Lower East Side (LES) neighborhood of Manhattan, New York City, to Rose (Burnstein) and Benjamin Kurtzberg. His parents were Jewish immigrants from Austria. His father worked at a garment factory.
Since childhood, Jack had a liking for drawing. He initially learnt by tracing characters from cartoon strips. He joined the ‘Pratt Institute’ in Brooklyn when he was 14, but quit within a week due to financial issues. 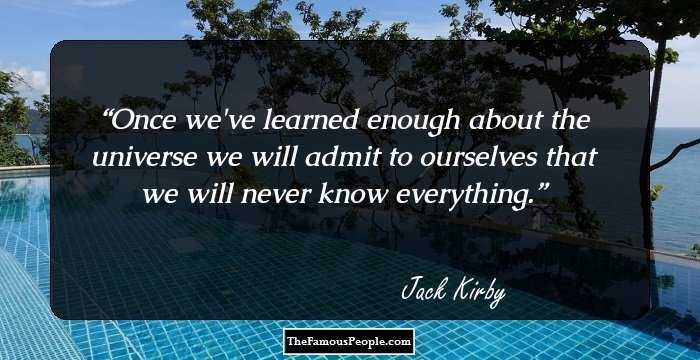 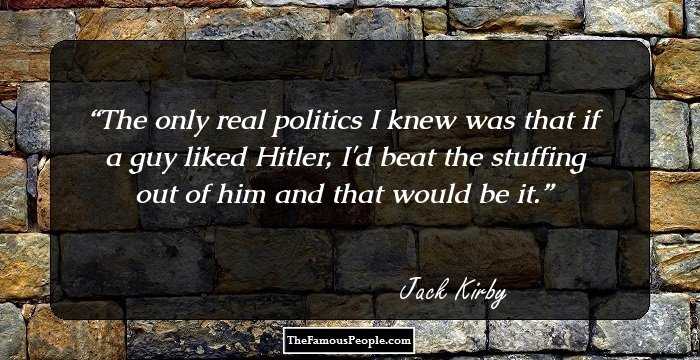 Quotes: I
Awards & Achievements
In his illustrious career, spanning five decades, Kirby won innumerable awards and honors. He received the 1967 ‘Alley Award for Best Pencil Artist’ and many other ‘Alley Awards’ over the years. In 1971, he was awarded the ‘Shazam Award’ for ‘Special Achievement by an Individual’ for his ‘Fourth World’ series. He was given the ‘Inkpot Award’ in 1974 and was inducted into the ‘Shazam Awards Hall of Fame’ in 1975. Kirby was the inducted into the inaugural ‘Will Eisner Comic Book Hall of Fame’ in 1987. He received two awards posthumously: the ‘Harvey Award’ and the ‘Eisner Award’ in 1998.
An asteroid discovered on September 22, 2001, was named ‘Asteroid 51985 Kirby,’ to honor him. The ‘Jack Kirby Awards,’ and the ‘Jack Kirby Hall of Fame’ were named in his honor.
Personal Life
Kirby met Rosalind Goldstein when his family moved to Brooklyn. They married on May 23, 1942. They had four children: Susan, Neal, Barbara, and Lisa. He bought a house in Mineola, Long Island, New York, in 1949. In 1969, the entire family moved to Southern California. He died of heart failure at his residence in Thousand Oaks, California, on February 6, 1994. 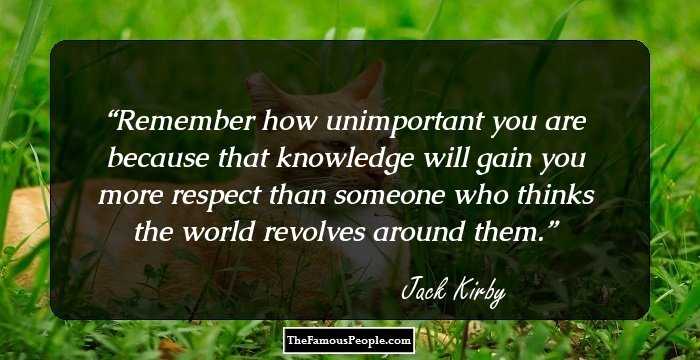 See the events in life of Jack Kirby in Chronological Order