J.P. Morgan was an American financier and banker who founded J.P. Morgan & Co., one of the leading financial firms of the United States. Born to a successful financier in Connecticut, Morgan received education in Boston and then attended the University of Göttingen in Germany. Thereafter, he was trained as an accountant at the New York banking firm of Duncan, Sherman and Company. Later, Morgan got involved in his father's banking company and subsequently became a partner in Drexel, Morgan and Company. In 1895, the firm was restructured as J. P. Morgan and Company, evolving into one of the most important banking houses in the world. In the meantime, Morgan arranged the merger of Edison General Electric and the Thompson-Houson Electric Company to form General Electric, which materialized as the primary electrical-equipment manufacturing company in the country. After financing the creation of the Federal Steel Company, he later merged it with Carnegie Steel Company to form the United States Steel Corporation. During his final years, Morgan concentrated on gaining control of nation’s leading corporations and financial institutions. In addition to being a foremost financier, Morgan was also an enthusiastic art collector and a leading philanthropist of his time. Hailed as a master of finance at the time of his death in 1913, J.P. Morgan is still considered as one of America's leading businessmen and is largely credited for shaping the nation. American Celebrities
American Bankers
Aries Entrepreneurs
American Entrepreneurs
Aries Men
Childhood & Early Life
John Pierpont Morgan was born on April 17, 1837, in Hartford, Connecticut, to Junius Spencer Morgan, a wealthy financier, and his wife Juliet Pierpont.
Morgan received his elementary education from several public schools such as Hartford Public School and Episcopal Academy in Cheshire. Then, he attended the Boston's English High School, and later got enrolled in Germany's prestigious University of Gottingen.
After improving his German and obtaining a degree in art history from Gottingen, Morgan returned to begin his career in finance. In 1857, he started working at the London branch of Peabody, Morgan & Co., a merchant banking firm. 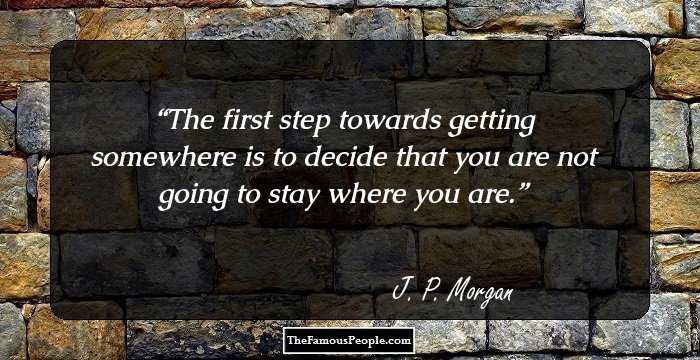 Famous Beautiful Women With Green Eyes
Career
In 1858, J.P. Morgan moved to New York and joined as an accountant for Duncan, Sherman & Co., the American representatives of George Peabody and Company. At the outbreak of the American Civil War, Morgan joined his father's firm, J. Pierpont Morgan & Company, where he worked until 1864.
From 1864 to 1872, he served as an influential member of the firm of Dabney, Morgan, and Co. In 1871, he entered in a partnership to form the New York firm of Drexel, Morgan & Co.
With the help of newly founded private banking firm, Morgan continued to make investments and acquisitions. He backed Thomas Edison projects and laid the financial foundation for Edison Electric Company.
Meanwhile, when many small companies and railroads faced hard times after the Civil War, Morgan acquired and restructured many of them, bringing his own standards to the rail industry. Some of his rail holdings were the New York Central, New Haven and Hartford, Pennsylvania, Southern, and the Northern Pacific systems.
In 1892, Morgan arranged the merger of Edison General Electric and Thomson-Houston Electric Company to form General Electric. During the depression following the panic of 1893, Morgan provided financial support to the U.S. government in order to prevent a Treasury crisis.
In 1895, the Drexel, Morgan & Co. was reorganized as J.P. Morgan & Co., which gradually evolved into one of the most powerful banking institutions in the world.
Spotting the requirement of huge quantities of steel in rails and trains, Morgan founded as well as acquired a large amount of steel-making operations. In 1901, he formed the U.S. Steel Company by merging Carnegie Steel Works along with several other steel and iron industries.
Subsequently, Morgan expanded his business into many other sectors in the financial and industrial worlds. He helped in providing financial backing to coal mines, insurance, as well as the communications industries. During the stock market panic of 1907, Morgan directed the banking coalition and led several business communities, acquiring control of various banks and insurance companies in the process.
Morgan was also an ardent art collector and accumulated a large collection of pictures, paintings, and other art objects. Most of the art works were donated to the Metropolitan Museum of Art after Morgan’s death. 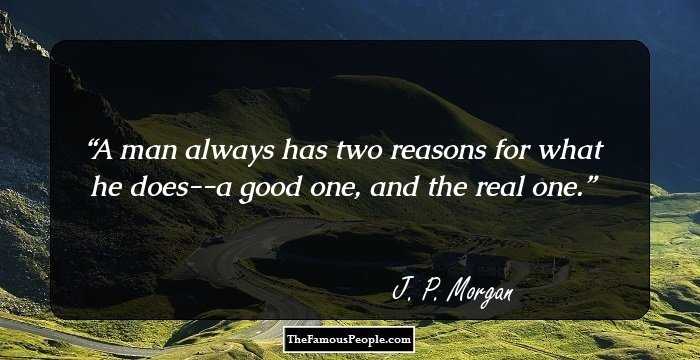 Major Works
In 1871, Morgan started his own private banking company and later restructured it as J.P. Morgan & Co. The firm acquired, financed and expanded many businesses, subsequently emerging as one of the most powerful banking houses in the world. It also provided financial support to the U.S. government during the economic depression following the panic of 1893.
Morgan helped in consolidation of the railroad industry in the East and helped achieve railroad rate stability by gaining control of much of the railroads. In 1901, he arranged the merger of several steel and iron companies, and formed the United States Steel Corporation, which gradually became the world's largest steel manufacturer.
Philanthropic Works
Apart from being a successful financier, Morgan's was a prominent philanthropist who bestowed his wealth in numerous humanitarian endeavors. He donated a substantial portion of his personal fortune to charities, churches, hospitals, and schools. 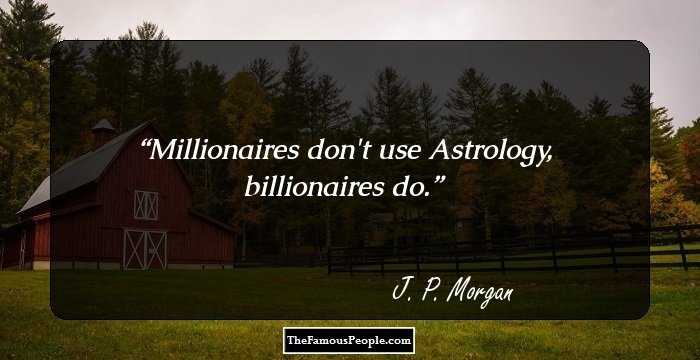 Personal Life & Legacy
In 1861, Morgan married Amelia Sturges but unfortunately she died the following year. In February 1865, Morgan tied the knot with Frances Tracy, also known as Fanny. The couple had four children together; Louisa, John Pierpont Jr., Juliet and Anne.
J.P. Morgan died in his sleep on March 31, 1913, at the Grand Hotel in Rome, Italy. He was interred in Cedar Hill Cemetery, Hartford, Connecticut, U.S.
You May Like

See the events in life of J. P. Morgan in Chronological Order