Ivan Martinez, Instagram star and the twin brother of Emilio Martinez, rose to fame in 2016 as a teenage internet personality with a huge follower base on multiple social media platforms. Ivan started his internet career as an Instagrammer but quickly took to other platforms as well, which has subsequently added to his popularity. Currently, Ivan Martinez runs a YouTube channel by the name Martinez Twins along with his brother, Emilio, and has already become a noted YouTube personality. Ivan also enjoys a rising popularity on Musical.ly (now known as TikTok), where he frequently posts videos of himself along with his brother Emilio. Ivan has achieved online fame very quickly, which has given a whole new dimension to his life and career. In January 2017, Ivan Martinez, along with his brother, joined hands with Team10, a group known as "a squad of young like-minded individuals who teamed up together to take over Hollywood." So, we can expect that the online career is going to serve only as the preliminary platform for the twin brothers who are actually planning to take Hollywood by storm. Ivan Martinez posted his first picture on Instagram in September 2015 followed by subsequent selfies and this can be marked as the beginning of his online career. There is not much information available about the life or education of Ivan before he rose to fame on Instagram. Within a few months of posting his first selfie, he gained a substantial follower base. The number of followers on his Instagram account continued to grow at a rapid pace and by January 2022, he had over 13.9 million followers on Instagram.

In January 2016, Ivan Martinez, along with his brother Emilio and their friend Ruben Beasley, who is also an Instagram star, started the YouTube channel Martinez Twins which also gained quick popularity. The videos posted by the Martinez twins on their YouTube channel are mostly funny or include different crazy challenges. Some of their videos have received substantial number of views from the YouTube users. Apart from Instagram and YouTube, Ivan is also active on Twitter where he enjoys a nice follower base. Currently, Ivan Martinez and his brother are also gaining popularity in the lip-synching app, TikTok. The duo maintains a joint account on the platform by the name of blondtwins and they already have a number of fans on the app. The duo has also received millions of hearts on TikTok.

Ivan Martinez was born on 10 May 1999, in Catalonia, Spain. Emilio is his twin brother and they share a very close bond. Ivan also has a sister, Rebeca Martinez, who is a tennis player. Currently, the twin brothers have moved to Los Angeles, USA from their hometown in Spain. Ivan has never disclosed much about his parents but from his tweets it is quite clear that he has a loving and caring family. 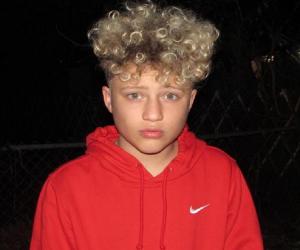 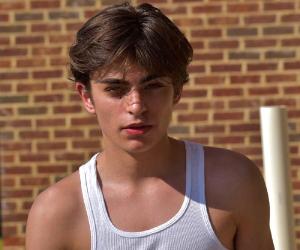 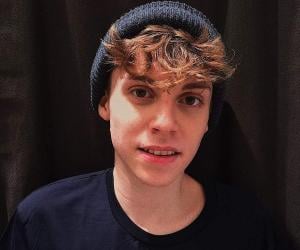