(The Best Hawaiian Musician of All Time)

Israel Kaʻanoʻi Kamakawiwoʻole was a Hawaiian musician, singer and songwriter, popularly known as Bruddah Iz or just simply IZ.  Born into a musical family, he was the apple of his parents’ eyes, who pampered him more than their other children, instinctively knowing that he was someone very special. At the age of six, he learned to play the ukulele, which later became his favorite instrument. Soon, he was accompanying his parents to the nightclub where they were employed, imbibing the music there. He also accompanied his elder brother Skippy to the beaches, where they performed for the tourists, eventually forming their own band, Makaha Sons of Ni’ihau at the age of seventeen, touring both the island and the mainland with them. At the age of 34, he began his solo career, releasing only four albums before his untimely death from obesity at 38. A stout supporter of Hawaiian rights, he promoted Hawaiian sovereignty through his lyrics and other activities Cindy Vela
DID WE MISS SOMEONE?
CLICK HERE AND TELL US
WE'LL MAKE SURE
THEY'RE HERE A.S.A.P
Quick Facts

Israel Kamakawiwo'ole was born on May 20, 1959 in Honolulu, the capital city of Hawaii, USA. His father, Henry "Hank" Kaleialoha Naniwa Kamakawiwoʻole Jr, drove sanitation trucks at Pearl Harbor naval shipyard. Later, he served as a bouncer at Steamboats, a popular nightclub in Waikiki area.

His mother, Evangeline "Angie" Leinani Kamakawiwoʻole, was a manager at the same nightclub, where his father worked as bouncer. Born third, he had an elder brother called Henry Kaleialoha Naniwa Kamakawiwoʻole III (Skippy) and a sister called Lydia Ka'ehukai Kauakahi.

Born into a musical family, having Moe Kealeas as their uncle, the siblings imbibed the spirit of music from an early childhood. Family gatherings were always a musical affair, where his parents played and sang, encouraging them to join in. By the age of six Israel was playing the ukulele.

When he was ten or eleven years old, his parents joined Steamboat, which was frequented by well-known Hawaiian musicians such as Peter Moon, Palani Vaughan, and Don Ho. Very soon, Steamboat became a centre for Hawaiian musical renaissance, playing an important part in their musical growth.

Young Skippy and Israel often went there, imbibing the music of the famous musicians, sitting at the side as uncle Moe and the Sons of Hawaii performed on the stage. Occasionally, they too were called up to join the performers, happy to receive small remunerations at the end of the show.

Soon, he was accompanying Skippy to Waikiki tourist catamarans, playing hapa haole for the mainlanders.  At other times, they would hang out on Makua Beach on O’ahu’s west side, singing ballads.

While he was in his early teens, the Kamakawiwoʻole family moved to Mākaha, the last of the leeward towns on O'ahu. It was here that he entered Waiʻanae High School, studying there till 1977.  Here too the siblings continued to sing, performing at various gatherings.

Sometime in mid-1970s, while still in their high school, two truant teenagers, Israel Kamakawiwoʻole and Jerome Koko accidentally met on the beach. Very soon this chance meeting led to the formation of a band, which later became well-known as the Makaha Sons of Ni’ihau.

Formed in 1976, the initial band members were Skippy and Izz Kamakawiwoʻole, Jerome Koko, Louis "Moon" Kauakahi, and Sam Gray. Soon they began to play at a small nightclub called Uptown Yokos as an opening act. Also in the same year, they released their first studio album, No Kristo.

In 1977, they released their second studio album, Kahea O Keale; which was followed in 1978 by Keala and in 1981 by Mahalo, Ke Akua. They also started going on tours, releasing their first live album, Live at Hanks Place in 1978.

In 1982, the band underwent a major change as Skippy Kamakawiwoʻole suddenly died of heart attack. Continuing to perform, they had their first real breakthrough with Puana Hou Me Ke Aloha, their fifth studio album released in 1984. In 1986, they released an equally hit sixth album, Hoʻola.

Somewhere Over the Rainbow/What a Wonderful World   was recorded at 3AM in the morning in a spur-of-the-moment demo session and he was given 15 minutes to arrive. The recording engineer Milan Bertosa remembers him coming within the stipulated time and recording the song. "One take, and it was over," he said.

In 1990, Israel released his first solo album, Ka ʻAnoʻi (the Desire), winning several awards for it. The album contained ten tracks, one of which was his 1988 creation Somewhere Over the Rainbow/What a Wonderful World, freshly re-recorded in an "upbeat Jawaiian version".

In 1991, he recorded his last album, Hoʻoluana, with Makaha Sons of Ni’ihau, suddenly leaving the group in 1993 to concentrate on his solo career. In the same year, he released his best-selling album, Facing Future.

In March 1995, he released his third album, E Ala Ē (Get awake), which was followed in 1996 by his fourth and final album, N Dis Life. Recorded in early that year, N Dis Life reached #3 at Top World Music Albums.

After his death, several of his compilation albums were released. Among them, Alone in IZ World (2001) was certified Gold by RIAA. Others were IZ in Concert: The Man and His Music (1998), Wonderful World (2007) and Somewhere Over the Rainbow: The Best of Israel Kamakawiwoʻole (2011)

Israel Kamakawiwo'ole is probably best remembered for his second solo album, Facing Future, in which he combined Hawaiian-language and hapa-haole songs with traditional instrumentation. Equally popular at home and abroad, it became Hawaii's first certified platinum album by 2005, selling more than a million CDs in the United States.

Among his singles, Somewhere Over the Rainbow/What a Wonderful World, is probably the most popular. Featured in multiple films and television productions, the medley was selected for preservation in the United States National Recording Registry by the Library of Congress as being "culturally, historically, or aesthetically significant" in 2021

In 1994, he was voted Favorite Entertainer of the Year by the HARA.

In 1982, Kamakawiwo'ole married his childhood sweetheart Marlene Ah Lo, a part-time worker in the cardiology department of Kaiser Permanente’s Moanalua Medical Center. Their only child, a daughter named Ceslie-Ann "Wehi" Kamakawiwoʻole, was born in 1983.

Throughout his life, he had suffered from obesity, weighing 343 kg at one point of time. It resulted in chronic medical problems like respiratory and cardiac issues, having to endure several hospitalizations because of that.

On June 26, 1997, at the age of 38, he died from respiratory failure in Honolulu. On July 10, 1997, the Hawaiian flag flew at half-staff for his funeral, which was attended by 10,000 people. Later, his body was cremated and the ashes scattered over the Pacific Ocean.

On September 20, 2003, his bronze bust was unveiled at the Waianae Neighborhood Community Center on Oʻahu.

See the events in life of Israel Kamakawiwoʻole in Chronological Order 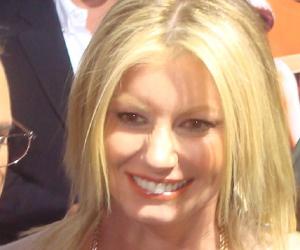