Israel Houghton is a Grammy award-winning American Christian music recording artist, songwriter, producer and worship leader, as well as a composer and multi-instrumentalist. He formed ‘Israel & New Breed,’ a music group and ministry organization that has produced gold-selling albums. The ministry group was formed in 1995 and their debut album, ‘Whisper it Loud,’ was released in 1997. Her ‘New Season,’ ‘Power of One,’ and ‘Jesus at the Center’ topped the charts at ‘Billboard,’ and ‘Alive In South Africa,’ and ‘Live From Another Level’ were gold-selling. He released 11 of his albums through his own record label, ‘Integrity.’ Houghton is considered as one of the most influential tastemakers, because of his ability to add zest and energy to contemporary gospel and worship. His music is known for its cross-cultural style of Christian Music and it is a fusion of gospel, jazz, rock, and reggae. He has been honored with a number of prestigious awards, including ‘Dove Awards,’ ‘Stellar Awards’ and ‘Grammy Award.’ 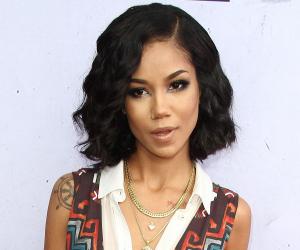 American People
Soul Singers
Black Musicians
Black Guitarists
Gospel Singers
Childhood & Early Life
Israel Houghton was born on May 19, 1971, in Carlsbad, Oceanside, California. The name of his biological father is not known. His step-father is Henry Houghton and mother’s name is Margaret Houghton.
Continue Reading Below
You May Like

Black Soul Singers
Black Gospel Singers
American Men
California Musicians
Career
In 1989, Houghton decided to devote full-time to Worship Ministry. In 1995, he formed ‘New Breed Ministry’ with his wife, Meleasa, and a group of musicians and singers. The main aim of founding this group was to overcome cultural and denominational barriers. The group toured around the US to spread the powerful sound of the ‘Ministry’ to the churches.
He began his recording career in 1997 with ‘Whisper it Loud.’ In 2001, the group, ‘Israel & New Breed,’ released their first album, ‘New Season,’ which was also their first album on ‘Sony.’ In 2002, they brought out the album, ‘Real,’ while ‘Live from Another Level’ was released in 2004.
In 2003, he produced ‘Bigger than My Imagination,’ the debut album of contemporary worship musician, Michael Gungor. The album was well-received, and according to a ‘Christianity Today’ review, it was ‘One of the year’s best worship albums.’
Another live album, ‘Alive in South Africa,’ was recorded in Cape Town where they performed for a gathering of 8,000 people. Houghton came out with a holiday album, ‘Timeless Christmas,’ in 2006. This was followed by ‘A Deeper Level,’ which was released on September 4, 2007.
In 2009, he released his first solo studio album, ‘The Power of One.’ It includes tracks like ‘Power of One,’ ‘Everywhere I go,’ (which is about the relationship between the Lord and the faithful) and ‘Moving Forward,’ all of which already were fan favorites. ‘Just Wanna Say,’ is a danceable number, while ‘Every Prayer’ is a powerful gospel ballad that features Mary Mary, and another track, ‘You Found Me,’ is a catchy number.
’Love God, Love People’ was released on August 31, 2010, and ‘London Sessions’ was also brought out during the same year. A two-disk, 26-track career overview compilation album, ‘Decade,’ was released on March 5, 2012. A live album, ‘Jesus at the Center,’ was brought out on August 14, 2012. The group’s tour through Asia in 2015 was recorded in the live album, ‘Covered: Alive in Asia.’
Out of his total 13 albums, 11 were released through his own music label, ‘Integrity.’
Recommended Lists:

Male Singers
Taurus Singers
Male Musicians
Taurus Musicians
Awards & Achievements
Houghton has won 11 ‘Dove Awards’ and 2 ‘Stellar Awards.’ He has received in all 6 ‘Grammy’ awards - three times ‘Best Pop/Contemporary Gospel Album Award,’ for his album ‘A Deeper Level,’ in 2000; for ‘Power of One’ in 2010; and for ‘Love God, Love People,’ in 2011. In 2007, he earned the ‘Grammy’ award for ‘Best Traditional Gospel Album’ for his album ‘Alive in South Africa.’ In 2013, he won (in a tie) a ‘Grammy’ for ‘Best Contemporary Christian Song’ for his number, ‘Your Presence Is Heaven.’ His album ‘Covered: Alive in Asia’ received the ‘Grammy Award for Best Gospel Album’ in 2015.
Recommended Lists:

Male Guitarists
Taurus Guitarists
American Singers
American Musicians
Personal Life
Houghton met Meleasa, a well-known gospel singer, at his ministry in Pittsburgh. They got married in 1994. The couple worked together on music and their ministry. They had three children - Mariah, Israel II and Milan Lily (Some references mention 4 children).
The couple separated in 2015 and their divorce came through on February 22, 2016.
Houghton married Adrienne Bailon in Paris on November 11, 2016. She is a singer and TV show hostess.
Recommended Lists:

See the events in life of Israel Houghton in Chronological Order 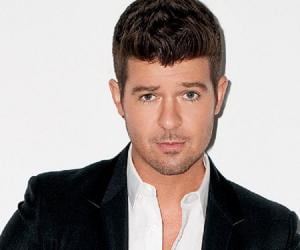