Alex Elmslie is a British gaming commentator, best known as ImAllexx, which is the name of his YouTube channel and other social media accounts. He first gained popularity for his Minecraft videos and then for voicing his views on trending topics. ImAllexx has managed to amass thousands of followers on his Twitch account by posting videos pertaining to games like FIFA, Call of Duty, and Mario Bros. On his YouTube channel, he posts comedy, prank, challenge, and reaction videos. Famous for posting content cop videos, Alex Elmslie has his fair share of haters too. His online haters address him as “long tongue blabbering dwarf.” He is associated with YouTube stars Calvin Lee Vail (LeafyIsHere) and Onision. Anderson Webb
DID WE MISS SOMEONE?
CLICK HERE AND TELL US
WE'LL MAKE SURE
THEY'RE HERE A.S.A.P
Quick Facts 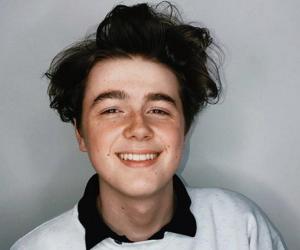 ImAllexx commenced his social media journey by posting videos related to games. He gained popularity when he commentated on Minecraft and other Xbox games. Alex then created an account on Twitch. This gaming site helped him reach a wider audience. He continued posting commentary videos for a long time. He then started posting videos on trending topics.

Alex Elmslie created a separate YouTube channel and named it ImAllexx. The first video that he posted on the channel was a tutorial on a video game based on soccer. He then posted a video about a woman who was addicted to eating mattresses! In one of his subsequent videos, Alex criticized YouTube star Logan Paul. Logan had posted a series of apologetic videos after criticizing Alex’s videos. Alex rejected his apology, saying that the videos seemed fake to him.

He also posted a similar video in which he pointed out the reasons as to why he thought the allegations made on YouTuber Shane Dawson were false. Shane Dawson was labeled a pedophile by some of his contemporaries. ImAllexx criticized these people as judgmental. He also said that the people who were making such serious allegations had no proof to support their claims.

He then criticized Keemstar and called him a hypocrite. He even asked his fans to discontinue their subscription from all his social media accounts. In one of his videos, ImAllexx listed some of the YouTubers whom he accused of scamming their fans in some way or the other.

Alex Elmslie has appeared on the YouTube channels of his contemporaries as well. He was even interviewed on the channel Dead on Dave. In the interview, he confessed that he is bisexual. His honest and genuine comments and confessions are the reasons behind his popularity.

Not surprisingly, ImAllexx has faced hatred as well. This is because his videos often provoke all those YouTube stars who Alex comments on. Alex has offended Kavos on many occasions and the two have exchanged many hate videos. Alex has also criticized many other YouTubers. Once, he posted a video, commenting on the channel created by Christian DelGrosso. He said Christian’s channel, which posts Vine and comedy videos, is often loud and has no depth. He gave similar comments to a prankster named Ben Phillips. He said Ben’s channel is the worst amongst all the channels that post prank videos.

While he has criticized a few YouTubers, ImAllexx has also praised many. Commenting on Lele Pons’ channel, Alex Elmslie said the videos posted on her channel are often fresh and that the YouTuber has a lot of potential. He defended Logan Paul when his fans were posting nasty comments after Logan had voiced his opinion on a sensitive issue. ImAllexx has over 2 million YouTube subscribers.

Alex Elmslie was born on February 1, 1999, in England. He is openly bisexual. He is a huge fan of the Star Wars movie series. He owns a huge collection of items related to Star Wars.