Joseph Isaac “Ike” Clanton was an American outlaw and a member of the notorious group of brigands who called themselves ‘The Cowboys’. One of the near-mythical figures of the American Old Wild West, he was present at the infamous 30-second shootout known as the Gunfight at the O.K. Corral. Clanton grew up in the frontier areas of Missouri and later moved with his family to Tombstone, Arizona before it was a town or even a mining community. There, the family set up the Clanton ranch, which in time became hugely profitable. The Clantons gained notoriety for their reckless behaviour, cattle rustling, and their long-standing rivalry with the Earp brothers. Ike particularly harboured deep animosity against Wyatt Earp and Doc Holliday. After the event at the O.K. Corral, where he lost one of his brothers, he filed murder charges against the Earps and Holliday. But they were later acquitted due to the inconsistencies in Clanton’s statements. He was killed six years later while trying to flee from a lawman who was trying to arrest him for cattle rustling charges. Clanton’s life has been the subject of numerous literary works, and he has been portrayed on both films and TV shows by the likes of Grant Withers, William Tannen, Stephen Lang, and Jeff Fahey. Whitey Bulger
Criminals #349
Continue Reading Below
DID WE MISS SOMEONE?
CLICK HERE AND TELL US
WE'LL MAKE SURE
THEY'RE HERE A.S.A.P
Quick Facts

American People
American Criminals
Childhood & Early Life
Ike Clanton was born in 1847 in Callaway County, Missouri to parents Newman Haynes Clanton or Old Man Clanton and Mariah Sexton Clanton, née Kelso. He had three brothers and two sisters. His mother died in 1866.
Clanton joined his family as they relocated to Tombstone in about 1877. His father, also a significant figure in the history of American Wild West, held various jobs, including that of a day labourer, gold miner, and farmer. By the end of the 1870s, Newman had emerged as a prominent cattle rancher.
The Clanton ranch was located at Lewis Springs, a picturesque place about 12 miles away from Tombstone. Ike, who previously had owned a small lunch counter at the Tombstone Mill site, was working alongside his brothers at the ranch by 1881. That year, a tragedy occurred in the family. On 13 August, Old Man Clanton perished after being ambushed with several members of his posse by Mexican Rurales in what came to be known as the Guadalupe Canyon Massacre.
The ranch gradually turned into a very successful enterprise and the Clantons became affluent and powerful members of the town’s community. Their income was further augmented by illegal cattle rustling. Known collectively as ‘The Cowboys’, the Clantons and their ranch hands garnered a reputation for reckless behaviour. Besides cattle rustling from across the U.S.–Mexico border, they allegedly committed banditry and murder.
Continue Reading Below
You May Like

See the events in life of Ike Clanton in Chronological Order 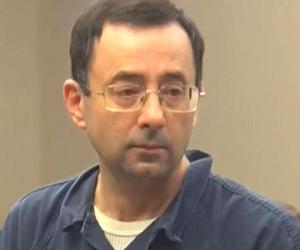