Henry Thomas is an American actor and musician best known for his incredible acting in films such as E.T. the Extra-Terrestrial and TV series such as The Haunting of Hill House. Born and raised in Texas, Henry aspired to become an actor since his childhood. In 1981, after making his acting debut with the film Raggedy Man, he appeared in the 1982 film E.T. the Extra-Terrestrial, which was a mega commercial and critical hit. Henry was nominated for a Golden Globe Award for his amazing portrayal of Elliott in the film. After acting in this film, he moved back to Texas, with plans to put more focus on his academics. However, he also resumed his acting career with films such as Cloak & Dagger and Valmont. He appeared in both lead and supporting roles in films and television series throughout the 1990s, 2000s, and 2010s. In 1995, he appeared playing a key role in the television film titled Indictment: The McMartin Trial, for which he was nominated for another Golden Globe Award. In the late 2010s, he appeared essaying key roles in the critically and commercially acclaimed horror series such as The Haunting of Hill House and The Haunting of Bly Manor. Image Credit
https://www.youtube.com/watch?v=OpK_z3nZlfo
( We Got This Covered)
Previous   Next

Henry Thomas was born Henry Jackson Thomas Jr., on September 9, 1971, in San Antonio, Texas, to Henry Jackson Thomas Sr. and Carolyn Davis. His father worked as a hydraulic machinist, and his mother is a homemaker. He was the only child of his parents and had no siblings. His family was financially not very well-off at times.

He became interested in becoming an actor when he was just 8 years old. A PBS special about acting as a profession greatly motivated him to pursue the profession.

By the time he was 10 years old, he began auditioning for roles in films and television. Having made his acting breakthrough in 1982 with the film E.T. the Extra-Terrestrial, he moved back to his hometown of San Antonio in Texas.

He graduated from East Central High School, Texas. His high school experience was not very good. Despite being a well-known face, he faced some bullying in school. He wanted to complete his education before he began working full-time in films. However, he kept auditioning for roles and acted in many small and big parts in films and television in the 1980s.

Around the time when he completed the shoot for E.T., his pet dog died. After that, Henry got into a very difficult phase of intense grief with which he struggled for several months. He somehow managed to complete his high school graduation and enrolled at Blinn College to study philosophy and history. However, while studying in college, many film and television offers began raining in on him. It led him to drop out of college in the first year and become a full-time actor.

In 1980, Henry heard about an audition for a Hollywood film that was taking place in a hotel in his hometown. His mother drove Henry over to the hotel, and he gave the audition.

He received the call that he had been selected to play a role in the film Raggedy Man. The drama film, in which Henry essayed a supporting role as Harry, was released in 1981. The film was a decent critical success.

Henry scored his major acting breakthrough when he auditioned for the central role in Steven Spielberg’s ambitious science fiction film E.T. the Extra-Terrestrial. Steven auditioned hundreds of young boys from all over the country for the lead role of Elliott. Eventually, it was Jack Fisk, who was Steven’s friend and the director of the movie Rageddy Man, who suggested Steven audition Henry.

During his auditions, he initially did not impress Steven. But he did great in another audition where he had to improvise. Thus, he was selected to play the lead role of Elliott in the Steven Spielberg-directed science fiction film E.T. the Extra-Terrestrial.

The film, which was released in 1982, was an immediate critical and commercial success and became one of the highest-earning films of the year. It eventually became a cult classic film and another milestone in director Steven Spielberg’s already illustrious career. Henry played Elliott in the film, a young boy who befriends an alien. The film was nominated for nine Academy Awards and won four.

There were talks of a sequel film, but the plans were eventually scrapped. Henry returned back to Texas following the conclusion of shooting of the film. He later revealed that he did not like the popularity that came to him after doing E.T., as his privacy was no more there.

Being the star of one of the high-profile films helped Henry bag some more lead roles in films such as Cloak & Dagger and Frog Dreaming. However, he focused more on his studies, and when he returned to the acting scene as an adult, in the late 1980s, he was mostly limited to playing supporting roles in films such as Valmont.

In 1990, he made his television debut when he starred in one of the main roles as a young Norman Bates, the villain, in the made-for-television film Psycho IV: The Beginning.

In the 1990s, he was further seen in key supporting roles in television films such as A Taste for Killing, Indictment: The McMartin Trial, and Riders of the Purple Sage.

In the 1990s, after playing supporting roles in films such as Fire in the Sky and Legends of the Fall, he was seen playing the lead role of Seth in the romantic coming of age drama titled Niagara, Niagara. The film was a critical and commercial success in Europe, but it did not do well in the U.S. market. The film has over time attained a cult classic status.

He further portrayed the lead character of Buck Hogan in the 1997 sci-fi thriller film titled Bombshell. While the film received some appreciation for its plot, it was an overall debacle at the box office and the critical scale.

In 1998, he appeared playing the lead role in a television mini-series, Moby Dick. He played Ishmael in the series. Both his performance and the series met with massive critical success.

In 1999, he was cast in the lead role as Nick Parker in the psychological thriller film titled Fever, which was met with universal critical acclaim. However, the film could not register a big box office success.

In 2002, he acted in a supporting role as Johnny Sirocco in a historical film Gangs of New York, which was directed by Martin Scorsese, and the film turned out to be a major critical and commercial success. Around the same time, he further appeared essaying lead roles in films such as Dead Birds and The Hard Easy.

Toward the late 2000s, he appeared playing the lead role in the independent horror film titled Red Velvet and further appeared essaying major roles in films such as Dear John and Suffering Man’s Charity.

In the 2010s, he became more active in television and appeared in significant roles in series such as Betrayal and Sons of Liberty.

In 2011, Henry played the main role of Hank Williams in the biographical drama film titled The Last Ride. The film was met with a mixed critical response. In the 2010s, he was further seen essaying the supporting roles in films such as Big Sur and Gerald’s Game.

In the more recent years, he has acted in supporting roles in films such as Doctor Sleep and To All the Boys: Always and Forever.

Henry Thomas married actress Kelly Hill in 2000. The couple divorced two years later. He then married Marie Zielcke, a popular German actress, in 2004. They had one daughter together, named Hazel. The couple later divorced in 2007.

Henry currently lives with his wife Annalee in Wilsonville, Oregon. They have two children together.

Henry has been inducted into the Texas Film Hall of Fame in 2013.

Henry stays in Los Angeles only for work and keeps moving between Texas and Los Angeles.

See the events in life of Henry Thomas in Chronological Order 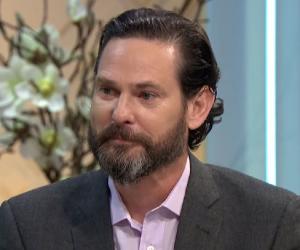