Advanced Search
Henry Cavill is a British actor best known for playing the titular superhero Superman in the movie ‘Man of Steel.’ Once dubbed the unluckiest man in Hollywood after losing out roles in the Batman series, Superman series, and the James Bond series to Christian Bale, Brandon Routh, and Daniel Craig respectively, Cavill has come a long way. Born in Jersey, UK, Cavill was raised with four brothers, all of whom possessed good acting skills. As a teenager, he was bullied in school for being fat. He started taking care of his physique once he landed a major role in a movie in 2001. Now renowned for his well-built body and sexy physique, the actor has even done several shirtless scenes in some of his popular films. After making his acting debut, he went on to star in quite a number of movies such as ‘Hellraiser’, ‘Red Riding Hood’, ‘Blood Creek,’ and ‘Stardust,’ but it was his role as a dashing duke in the TV series ‘The Tudors’ which made him a household name. Post ‘The Tudors’, he proceeded to feature in a number of movies including ‘The Immortals’, ‘The Man From U.N.C.L.E’ and the highest grossing Superman movie of all time, ‘The Man Of Steel.’ British People
British Men
Tall Celebrities
Tall Male Celebrities
Taurus Actors
Childhood & Early Life
Henry Cavill was born on 5th May 1983 to Colin Richard Cavill who hails from Chester, England, and Marianne Dalgliesh, who is Part-Irish, Part-English, and Part-Scottish. His father worked as a stockbroker while his mother was a housewife. He is the second youngest among five brothers.
He received his private education from ‘St Michael’s Preparatory School’ before heading off to Buckinghamshire, England to attend a boarding school by the name of ‘Stowe School’.
He started showing interest in acting from an early age and participated in school drama renditions of ‘Grease’ and ‘A Midsummer Night’s Dream’ but acting was never his first choice of career.
As a young man Cavill harbored the desire of joining the military and serving his country. In his years at Stowe School, he participated in the Combined Cadet Force (CCF) training program. He also showed an inclination toward sports, especially rugby, but gave up playing the sport due to an injury. 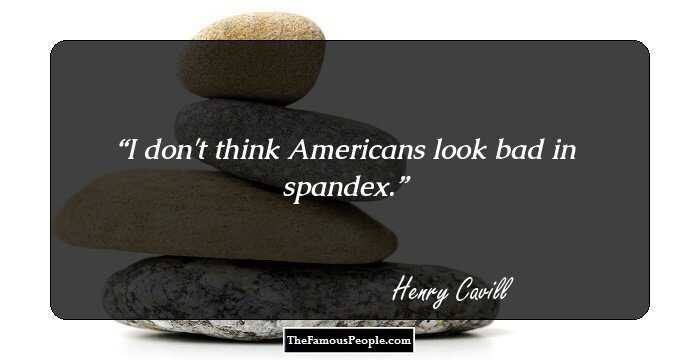 Continue Reading Below
Career
Henry Cavill’s acting career began when he was 17. He was discovered in a school play and cast for the role of Albert Mondego in the movie ‘The Count of Monte Cristo’ (2002). He went on to appear in the film ‘Laguna’ (2001) and the TV series ‘The Inspector Lynley Mysteries’ and ‘Goodbye, Mr Chips’ (2002), a TV film.
Good roles started coming his way when he was in his early 20s. During this time he starred in movies like ‘I Capture the Castle’ (2003), ‘Hellraiser: Hellworld’ (2005), ‘Red Riding Hood’ (2006), ‘Tristan & Isolde’ (2006) and a cameo in ‘Stardust’ (2007).
In 2007, Henry Cavill essayed the role of Charles Brandon, the Duke of Suffolk in the mega-hit TV series ‘The Tudors’. The series went on to be nominated for a Golden Globe (2007) and won an Emmy Award (2008).
After portraying not-so-glamorous roles in movies like ‘Blood Creek’ (2006) and ‘Whatever Works’ (2009), it was finally announced in January 2011 that Henry Cavill had been signed on to play the role of ‘Superman’ in the upcoming Superman film ‘Man of Steel’ (2013).
The movie was a massive success and became the highest grossing Superman movie of all time. Henry Cavill, being British by birth, became the first non-American Superman and the first to be signed up for more than a single film post Christopher Reeves.
He formed his own British production house by the name of Promethean Productions with his brother Charlie in 2014. He starred in ‘The Man from U.N.C.L.E.’ (2015), and the DC crossover with Batman and Wonder Woman, ‘Batman v Superman: Dawn of Justice’ (2016).
Henry Cavill has also been signed on to reprise the role of Superman in two ‘Justice League’ movies slated to appear on the big screen in the coming months. He is also working on an undisclosed solo Superman movie 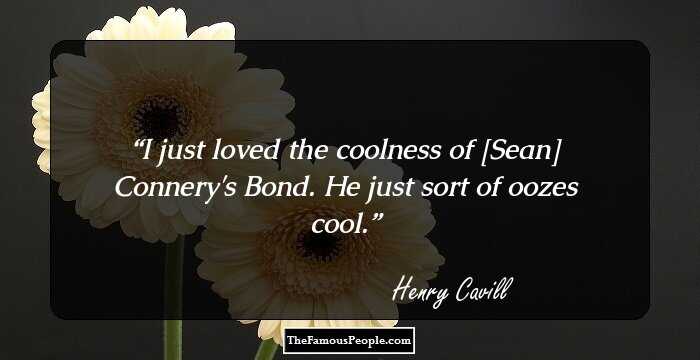 Major Works
Henry Cavill’s major works include his portrayal of The First Duke of Suffolk in the TV series ‘The Tudors’ (2007) and playing the role of Superman in ‘The Man Of Steel’ (2013) in which his performance was critically acclaimed. ‘Batman v Superman: Dawn of Justice’ which released in 2016, became his personal highest grosser till date.
Continue Reading Below
Awards & Achievements
Henry Cavill won the MTV Movie Award for Best Hero for ‘Man of Steel’ in 2014 for his portrayal of the character of Clark Kent/Superman. He was nominated for the same role by Teen Choice Awards, Critics Choice Awards, and NewNowNext Awards.
He was named ‘The Sexiest Man of 2013’ by ‘Glamour’ magazine. He was ranked second in a 2013 ‘World’s Sexiest Men’ poll by ‘Attitude’. 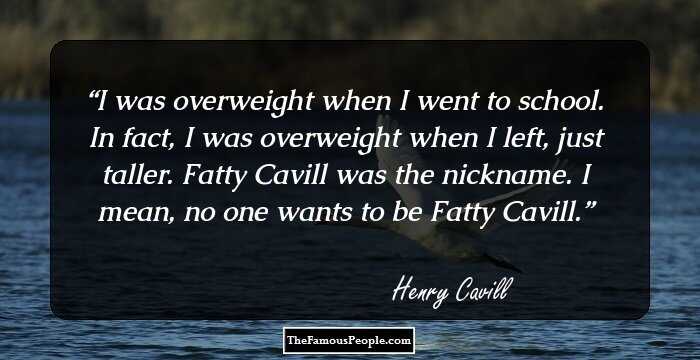 Personal Life
Henry Cavill was raised with four brothers. Consequently, competition was high among the boys. All of them were into fitness and sport activities. All the boys, including Henry, enjoyed acting but none had ever considered it as a full-time career option.
His family has a strong military connection. His father, in his pre-stockbroker days, served in the Navy while his two elder brothers have served in the military too. His eldest sibling Piers is an ex-army officer while another brother Nick is in the Royal Marines in the position of a major.
Henry has never been married although at one point he did get engaged to Ellen Whitaker, in May 2011. This engagement was broken off. In August 2012 Henry started dating Gina Carano but even this relationship didn’t last long. His next girlfriend was Kaley Cuoco whom he dated for a couple of weeks and finally Tara King, whom he split from in 2016.
Trivia
Henry Cavill has a deep interest in ancient history, especially pertaining to that of Egypt, Greece and Ancient Rome.
His favourite actor is Russell Crowe and his favourite movie is ‘Gladiator’ starring Crowe, who co-incidentally also essayed the role of Cavill’s character Superman’s father Jor-El in the movie ‘Man of Steel’ (2013).
He would like to portray the character of Alexander the Great on the big screen which he admits is his dream role.
He can speak a number of languages like French, German, Italian, and English.
Stephanie Meyer, the author of ‘The Twilight’ series called him the perfect Edward Cullen. However he lost out to Robert Pattinson for the role because he was too old to play the character. Conversely, he lost out on playing James Bond to Daniel Craig because he was too young for that role!
He almost lost out on the role of Superman for ‘Man of Steel’ as he was too busy playing World of Warcraft! When asked by Zack Snyder on why he didn’t receive the call, he jokingly stated that he was busy saving someone’s life! He is a self-proclaimed video game aficionado.

Quotes By Henry Cavill | Quote Of The Day | Top 100 Quotes

See the events in life of Henry Cavill in Chronological Order