Heitor Villa-Lobos was a renowned Brazilian composer and conductor, hailed by many as the foremost creative figure of the 20th-century Brazilian art music. Known for combining the rhythmic elements of Brazilian folk melody with Western classical style to produce a unique music of his own, he went on to become the most famous twentieth-century composer from the whole of Latin America. Born to an avid, but amateur musician, he developed an early interest in music, eventually leaving home at the age of eighteen to roam all through north and north-east Brazil, studying and collecting folk and rural music. At twenty-six, he settled down in Rio de Janeiro, earning his keep by playing cello, spending the nights to write music. He got his first break at twenty-eight and national recognition at thirty-two. Later, he traveled abroad to become internationally famous. A prolific composer, he wrote more than two thousand pieces until his death at the age of seventy-two. Heitor Villa-Lobos was born on March 5, 1887, in Rio de Janeiro, Brazil into a family of Spanish descent. His father, Raúl Villa-Lobos, was a librarian at the National Library and also an amateur musician. His mother’s name was Noêmia Umbelina Villa-Lobos.

Possibly born eldest of his parents’ six surviving children, Heitor had three sisters called Ester; Gilda and Bertha and two brothers, Clovis and Othon. Two other siblings might have died in infancy.

Every Saturday evening, his parents organized musical sessions in their house and listening to them illicitly from top of the stairs, young Heitor developed a love for music early in his childhood. By six, he started studying cello with his father, who also gave him ear training.

Very soon, he was attending rehearsals with his father, which helped him to observe various musical instruments and learned to play cello, guitar and clarinet. He would later say that his father gave him a complete musical foundation, making further instruction needless.

Sometime in 1890s, the Villa-Lobos family had to leave Rio de Janeiro because of some critical article written by his father. Eventually they moved to Cataguazes and then to Bicas, both located in the state of Minas Gerais, living there possibly until his father’s death in 1899.

While living in Minas Gerais, young Heitor came into contact with folk and rural music. While such music was despised by the gentry, he fell in love with it, especially the samba rhythm.

After the death of his father, the family was allowed to return to Rio. To make ends meet and enable her children to continue their education, Noêmia Villa-Lobos began to take in laundry. To contribute to the family kitty, Heitor too started performing with a local orchestra in parties and cafes.

In 1899, at the age of twelve, Ville-Lobos composed his first piece, Os sedutores, which was be followed in 1900 by Panqueca, in 1901 by Dime perché and Mazurka em ré maior and in 1904 by Valsa Brilhante.  Sometime now, he was also introduced the works of Sebastian Bach by his aunt.

On completing his schooling from the Monastery of Sao.Bento, he enrolled in a preparatory course for examination to the School of Medicine just to please his mother, who in spite of relative poverty wanted him to be a doctor. However, by this time, Heitor was totally engrossed in music.

The Hottest Male Celebrities With The Best Abs
Leaving Home

Around in 1905, at the age of eighteen, Heitor Villa-Lobos left home to travel throughout the north and northeastern states, absorbing Brazilian folk music wherever he went. Initially, he financed his journey by selling books from his father’s extensive collection.

In 1907, he returned to Rio to study harmony with Frederico Nascimento at the Instituto Nacional de Música. But very soon, he found formal training much too constraining and left the institution to continue with his journey.

Heitor Villa-Lobos spent the next three years in Bahia, a city with a strong Afro-Brazilian influence. Thereafter, he continued with travel, returning to Rio in 1912 to study European music on his own. All the while he wrote prolifically, producing more than a dozen works in 1912 alone.

In 1913, Heitor Villa-Lobos began his career, playing cello in cinemas and theatres, concurrently writing music by night. By 1915, he had accumulated a sizable portfolio of works, which were occasionally played in different chamber concerts in around Rio de Janeiro.

On November 13, 1915, his career got the much-needed boost when a complete program of his works was featured in a concert for the first time. Among the pieces played in the concert were Piano Trio 1, the Sonata 2 for violin and piano, the Waltz Scherzo for piano solo etc.

From 1915, his music began to be published. Like his concerts, these publications too attracted mixed reactions with many critics condemning his works as too modern. Nonetheless, he continued with his efforts to merge Western music with the Brazilian vernacular tradition, being encouraged in this by Darius Milhaud, at that time living in Rio.

In 1918, he met Polish-American virtuoso pianist Artur Rubinstein. He took a liking to his works and began playing his music in concerts, thus advancing his reputation in international circles, concurrently helping him to acquire financial help for a trip to Paris.

In 1919, he received national recognition with his Third Symphony: A Guerra (War). Commissioned to write a symphony to celebrate the Treaty of Versailles, he wrote the piece in May-June 1919. Premiered in September 1920 at Theatro Municipal in Rio under his own baton, the piece made him nationally known.

By 1923, Heitor Villa-Lobos left for Paris with the intention of exhibiting his exotic music to the world rather than studying with the masters there. With the help of Brazilian diaspora in Paris, he presented a few concerts of his music, gaining some recognition before returning to Rio in 1924.

In 1927, he returned to Paris, where he performed several of his works at the Salle Gaveau on 24 October and 5 December. These two concerts helped him to establish himself as a talented and original composer.

During his stay in Paris, he also met Spanish classical guitarist Andres Segovia, with whom he developed a close relationship. In 1929, he wrote his now-famous Twelve Études and Introdução aos Chôros, dedicating the works to Segovia, who would soon become one of the most important performers of his music.

In 1930, Heitor Villa-Lobos returned to Brazil for a performance, intending to return soon. But the revolution that took place in October-November meant that he could not take money out of the country to finance his initial stay in Europe and so he decided to continue with his work in Brazil.

Aghast by the condition of the country’s music education, he presented a plan for music education in the São Paulo school system, which was accepted by the government. It eventually led to his appointment as the Director of the Superintendent of Musical and Artistic Education (Superintendência de Educação Musical e Artística) (SEMA) in 1932.

He also organized numerous programs of choral singing, writing Guia Prático, a collection based on Brazilian folk, to facilitate that. Concurrently, he started making several short trips to conduct concerts in Argentina, Uruguay and Chile and attended the International Congress for Music Education at Prague in 1936.

In 1944, he made his first visit to the USA. In the following year, he gave several concerts in Boston, New York, Chicago and Los Angeles, establishing a solid reputation in that country. Also in 1945, he cofounded the Brazilian Academy of Music with fellow composer Oscar Lorenzo Fernandez.

In 1946, after the fall of Vargas government, he made his first visit to Paris, thereafter traveling widely in Europe and USA, writing music for several films. Much in demand, he also received numerous commissions, but could not fulfill all of them due to failing health.

Heitor Villa-Lobos is probably best remembered for his series of nine suits, together called Bachianas Brasileiras. Written for various combinations of instruments and voices between 1930 and 1945, they represent a fusion of Brazilian folk music with that of Bach, applying the latter’s contractual techniques to themes of Brazilian origin.

On November 12, 1913, Heitor Villa-Lobos married pianist Lucília Guimarães. The couple did not have any children. However, her contribution to his success was immense. She not only taught him piano, but also helped him in his compositions and many pieces credited to Lobos were in fact jointly written with her.

In 1936, he met Arminda Neves d'Almeida, with whom he entered into a relationship without actually divorcing his wife. The two remained together for the rest of his life.

In 1946, Villa-Lobos developed bladder cancer and was operated upon in the USA. 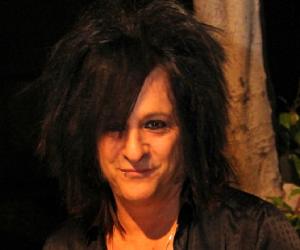