Advanced Search
Heather Deen Locklear is a popular American actress, best known for her role as Amanda Woodward in the American soap opera ‘Melrose Place’, one of the most viewed TV shows of the early 1990s. Locklear's performance in the series earned her the 'First Americans in the Arts' award for Best Actress. Her first significant role was in the TV series 'Dynasty', an American soap opera that aired on CBS network in the 1980s. The show focused on the Carringtons, a rich family in Delver, Colorado. Throughout the years, Locklear appeared in several roles in various TV shows such as ‘T.J. Hooker’, ‘Going Place’, and ‘Dynasty: The Reunion.’ It was in 1993 that she started appearing in the TV series 'Melrose Place', one of the most significant works of her career. Along with her career on television, she ventured into films as well and appeared in movies such as the romantic comedy ‘The Perfect Man.’ Locklear attracted controversy in September 2008, when she got arrested on suspicion of drunk driving. However, no alcohol or narcotics were detected in her blood test, and it was stated later that her medications for anxiety and depression were impacting her ability to drive. 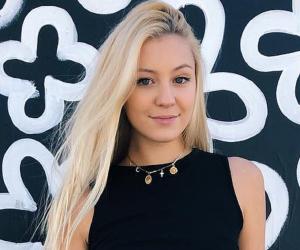 American People
California Actresses
University Of California, Los Angeles
Libra Actresses
American Actresses
Childhood & Early Life
Heather Locklear was born in Los Angeles, California, on 25 September 1961. Her father, whose name was William Locklear, worked at the University of California, while her mother Diane, worked for the Walt Disney Company. She was raised in the Los Angeles suburb of Thousand Oaks.
After finishing her schooling, she entered the University of California, Los Angeles, in 1979, where she had planned to major in psychology. However, she had a busy schedule including modeling jobs and work in TV commercials, which didn't allow her to focus on her studies. Therefore, she dropped out after a year, to pursue her acting career full-time.
Continue Reading Below
Career
Heather Locklear’s career began with small roles in episodes of TV shows such as 'CHiPs', and 'Eight Is Enough'. She later got acquainted with Producer Aaron Spelling, who cast her in his shows 'Dynasty' and 'T. J. Hooker'.
She made her film debut in 1984 in the sci-fi horror movie 'Firestarter' which focused on a young girl named Charlie with pyrokinetic powers (the ability to control fire). Locklear played the role of the mother of the girl, Victoria, who had telepathic powers of her own.
Her next film was 'The Return of Swamp King', a 1989 sci-fi film, in which she plays a lead role. Directed by Jim Wynorski, the movie is a sequel to the 1982 horror movie 'Swamp Thing'. The movie series is based on a DC Comics character of the same name.
In 1991, she appeared in 'Dynasty: The Reunion' a 1991 American TV miniseries which continued the story of the 1980s’ TV series 'Dynasty'. Directed by Irving J. Moore, the show became one of the highest watched of the year.
In 1993, she reunited with Spelling, and became a part of the cast of the American soap-opera 'Melrose Place'. The show, which initially was not doing well, got a lot more popular after Locklear's arrival as Amanda Woodward, and its rating started getting better. The series became a huge success, and earned several Golden Globe Award nominations.
Also in 1993, she also did a cameo role in the comedy movie 'Wayne's World 2', appearing as herself. She did another cameo in the 1996 American comedy 'The First Wives Club'.
She made some appearances in TV movies as well such as 'Texas Justice' (1995), and 'Shattered Mind' (1996). Her next significant TV appearance was in 'Spin City', which aired from 1996. The series focused on a fictional local government who had been running New York City. It aired till 2002.
During the 2000s, she made appearances in several TV shows such as ‘Scrubs’ (2002), LAX (2004-2005), Hannah Montana (2007), 'Rules of Engagement' (2007), and 'Franklin & Bash' (2013). Her latest TV appearance was in 2017 in an episode of the American TV series 'Fresh Off the Boat'.
The 2000s saw very few appearances of her in movies. Her latest movies were 'Flying By' (2009) and 'Scary Movie 5' (2013).
Major Works
Heather Locklear's role in 'Melrose Place', an American soap opera, can be regarded as the most significant work in her entire career. The series is focused on the lives of a few people who live in Melrose Place, an apartment complex located in West Hollywood in California. Locklear appeared as Amanda Westwood, a typical boss of one of the residents in the complex. Other lead actors in the show included Josie Bissett, Thomas Calabro, Amy Locane, and Doug Savant. Despite its popularity, the show received mostly negative reviews.
'Spin City', another one of Heather's important works was an American TV series that aired from 1996 on the ABC Network. Focusing on a fictional government in New York City, the story's main characters included the Mayor Randall Winston, played by Barry Bostwick, Deputy Mayor Mike Flaherty, played by Michael J. Fox, and press secretary Paul Lassiter, played by Richard Kind. Locklear appeared as a marketing campaigner named Caitlin. The show initially did well, but later the ratings got lower over time, which eventually led to it getting cancelled in 2002.
Awards & Achievements
Heather Locklear’s role in the TV series 'Melrose Place' earned her the 'First Americans in the Arts Award' for Best Actress in 1994, along with four Golden Globe Award nominations. In 2004, she won the 'TV Land Award' for Favourite Teen Dream for the same.
She also earned two Golden Globe Award nominations for her role in 'Spin City'.
Personal Life & Legacy
Heather Locklear has been married twice, first to Tommy Lee (1986-1993), and then to Richie Sambora (1994-2007). She had a daughter with Sambora named Ava Elizabeth Sambora, who was born in 1997.
After her divorce with Sambora, she began dating Jack Wagner. They got engaged in August 2011. However it was called off in November the same year.
In 2008, Locklear was pulled over and arrested on suspicion of drunk driving. But, no alcohol or narcotics were detected in her blood test. So it was stated that her ability to drive was actually being affected by the medications she had taken for anxiety and depression.

See the events in life of Heather Locklear in Chronological Order