Harvey Weinstein is an Academy Award winning American film producers, who has been accused by many women of sexually assaulting them. He co-founded an entertainment company, Miramax, with his brother Bob and the company went on to produce number of successful independent films like 'Pulp Fiction', 'Clerks', 'The Crying Game', and 'Sex, Lies, and Videotape'. This helped them earn widespread attention and strike a deal with the Walt Disney Company. In 1998, he won the Academy Award for producing the movie 'Shakespeare in Love'. The two brothers later founded The Weinstein Company which produced many critically and commercially acclaimed movies, such as 'The Reader', 'Inglourious Basterds', 'The King's Speech', 'The Artist' and 'Silver Linings Playbook'. In October 2017, Weinstein was accused of sexually harassing or assaulting many celebrity actresses, models, as well as employees at his two companies. While his representatives have maintained that the allegations are all false, many of the victims have come forward to confirm the rumors. He was subsequently fired from the co-chairman post of his own company. American People
T V & Movie Producers
American Men
Male Criminals
Pisces Criminals
Childhood & Early Life
Harvey Weinstein was born on March 19, 1952, in Flushing, Queens, New York into a Jewish family. His father, Max Weinstein, was a diamond cutter, while his mother, Miriam Weinstein (née Postel), later served as receptionist in her sons’ company Miramax.
He is the eldest son of his parents and has a brother named Bob with whom he grew up in a housing co-op named Electchester in New York City. The brothers used to watch movies in the theatre during Saturday afternoons, which spurred their drive to enter the film industry later.
He attended John Bowne High School in Flushing, and then enrolled into the State University of New York at Buffalo from where he graduated in 1973. 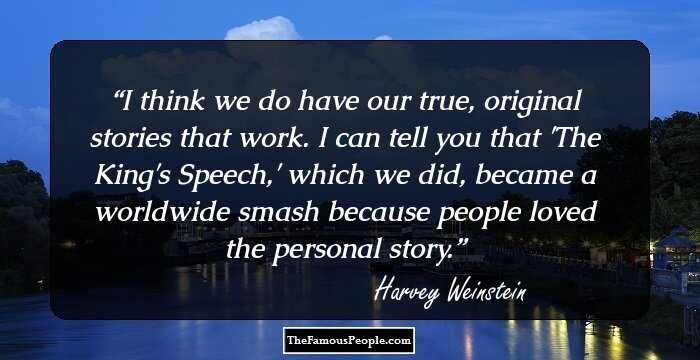 Who Is The Most Popular BTS Member?
Career
After completing graduation, Harvey Weinstein launched a concert promotion business with his brother Bob and Corky Burger, and began airing concert films purchasing a theater in downtown Buffalo. Harvey & Corky Productions independently produced many rock concerts throughout the 1970s.
In the later 1970s, the two brothers used the profits from their concert promotion business to establish the small independent film distribution company Miramax, which was named after their parents, Miriam and Max. The 1980 concert film ‘Rockshow’ by Paul McCartney and Wings is one of the first releases from the company.
In the early 1980s, the company bought the rights to two British films made for the human rights organization, Amnesty International, and merged those into one movie adapted for the American audience. The film, released as ‘The Secret Policeman's Other Ball’ in May 1982, became their first commercially successful venture and raised a large amount of funds for Amnesty International.
In the following years, the company released a number of art-house films which earned praise from critics and were also moderately successful commercially. Miramax gained nationwide publicity following the success of Errol Morris’s 1988 documentary, ‘The Thin Blue Line’, which resulted in the release of Randall Dale Adams, a man wrongly convicted of murder and sentenced to death.
In 1989, the company released Steven Soderbergh's drama film ‘Sex, Lies, and Videotape’, which was a huge hit and raised Miramax to the status of the most successful independent studio in America. However, two art-house films released that year, ‘The Cook, the Thief, His Wife & Her Lover’ and ‘Tie Me Up! Tie Me Down!’, received X-ratings from MPAA, following which Weinstein unsuccessfully sued the rating board.
Following the success of the 1993 film ‘The Crying Game’, the Walt Disney Company offered the Weinsteins an $80 million deal for ownership of Miramax. Following the acquisition, the two brothers remained at the helm of their company.
In 1994, he executive produced the Quentin Tarantino-directed blockbuster ‘Pulp Fiction’ and also distributed the popular independent film ‘Clerks’. While ‘Pulp Fiction’ had managed to earn an 'Academy Award for Best Picture' nomination, the company won its first Oscar in 1997 for the film ‘The English Patient’.
In the following years, he produced a number of 'Academy Award' nominated films, such as 'Good Will Hunting', 'The Cider House Rules', 'The Lord of the Rings: I and II', 'The Aviator', and 'Finding Neverland'. The films 'Chicago' and 'The Lord of the Rings: The Return of the King' won the 'Academy Award for Best Picture'.
The Weinstein brothers left Miramax in September 2005 and founded the production company, 'The Weinstein Company', along with many media personalities connected to Miramax, like directors Quentin Tarantino and Robert Rodriguez, and Colin Vaines. From his new company, he produced films like 'The King's Speech' and 'The Artist', which won the 'Academy Award', and 'The Reader', 'Inglourious Basterds' and 'Silver Linings Playbook', which were nominated for the prestigious award.
Continue Reading Below 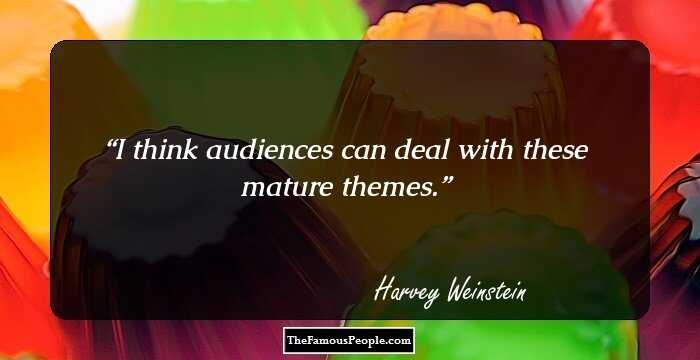 Sexual Assault Allegations
In an exposé published on October 5, 2017 in 'The New York Times', Jodi Kantor and Megan Twohey accused Harvey Weinstein of sexually harassing a number of women during the past three decades. The article reported that he had paid off settlements to actresses Ashley Judd in 1996 and Rose McGowan in 1997, Italian model Ambra Battilana in 2015, and many female employees of Miramax and Weinstein Company.
On October 10, 2017, 'The New Yorker' reported that Weinstein had assaulted or harassed 13 women, raping three of them, and released a secretly recorded audio-tape in which he admits to groping model Ambra Battilana Gutierrez. While Weinstein's representatives have denied all the claims, many celebrities, including actresses Gwyneth Paltrow, Angelina Jolie, Judith Godrèche and Katherine Kendall, have come out to accuse him of making unwanted sexual advances.
In October 2017, he was fired by the board of his own company, The Weinstein Company, where he was the co-chairman with his brother since 2005. Around the same time, his second wife, Georgina Chapman, announced her decision to leave him.
Awards & Achievements
In 1998, Harvey Weinstein won the 'Academy Award for Best Picture' for producing the film 'Shakespeare in Love'.
He has earned seven 'Tony Awards' for his theatrical productions, and was nominated for 'Primetime Emmy' 16 times for executive producing 'Project Runway'.
He was appointed honorary Commander of the 'Order of the British Empire' in 2004 and was made a Chevalier of the 'Ordre des Arts et des Lettres' by the French Consulate in NYC in 2012. 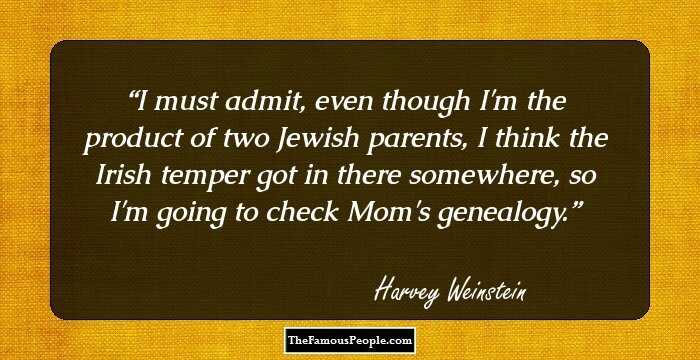 Personal Life & Legacy
Harvey Weinstein's first marriage was to his assistant, Eve Chilton, in 1987, following which the couple had three children: Remy, Emma and Ruth. He divorced Chilton in 2004.
In 2007, he married English fashion designer and actress Georgina Chapman with whom he has a daughter named India Pearl and a son named Dashiell.
He is an activist who supports research into serious diseases like AIDS, juvenile diabetes, and multiple sclerosis, and serves as a board member of the non-profit organization, Robin Hood Foundation.
He is an active supporter and contributor to the Democratic Party and often criticizes the lack of gun control laws and universal health care in the United States.
Trivia
In 2000, he received an honorary SUNY Doctorate of Humane Letters at a ceremony in Buffalo.
Harvey Weinstein had previously supported Hillary Clinton's 2008 presidential campaign and hosted an election fundraiser for President Obama in 2012. However, after he was accused of sexual harassment, many politicians, including Senators Al Franken, Patrick Leahy and Martin Heinrich, rejected his support and donated his campaign contributions to funds supporting women.

Quotes By Harvey Weinstein | Quote Of The Day | Top 100 Quotes

See the events in life of Harvey Weinstein in Chronological Order