Hannah Margaret Selleck is the daughter of the renowned Hollywood actor Tom Selleck, who is known for his roles in TV series, such as ‘Magnum P.I.’ and ‘Blue Bloods,’ as well as in films like ‘Three Men and a Baby’. Born to Selleck and his second wife, Jillie Mack, Hannah is Tom Selleck's only biological daughter. Though she was born into a prominent Hollywood family, destined to a life of comfort and luxury, her family was committed to give her an upbringing that was as “normal” as possible. Thus, her parents relocated to a ranch house in the outskirts of Los Angeles. Hannah Selleck has been an avid horse rider from a very young age. Her father had already learnt horse riding for some of his movies, such as ‘The Sacketts’ and ‘Quigley Down Under’. Inspired by him, she started riding horses at the early age of four. With time, she developed a deep passion for horses and horse riding. However, when it came to choosing a career, she did not follow in her father’s footsteps to venture into acting. Instead, she decided to start a horse breeding business in collaboration with her father. Jamie Hewlett
DID WE MISS SOMEONE?
CLICK HERE AND TELL US
WE'LL MAKE SURE
THEY'RE HERE A.S.A.P
Quick Facts

American People
Sagittarius Women
Childhood & Early Life
Hannah Margaret Selleck was born on 16th December 1988 as the daughter of the famed Hollywood actor and producer Tom Selleck and his second wife, Jillie Joan Mack. Her mother is a former actress and dancer. Her parents had met after her father saw her mother perform in a musical named ‘Cats’. They got married soon after, and Hannah was born just a year later. She has a stepbrother named Kevin, from her father’s previous marriage; he too became an actor like their father. As a little girl, Hannah became interested in horse riding, dancing, and ice skating.
Continue Reading Below
Career
The love Hannah Selleck had for horses and horse riding as a child continued through her teenage years and early adulthood. Despite the fact that both of her parents had made names for themselves in the film industry, she decided not to follow in their footsteps and step into the industry. She made up her mind to become a world class equestrian instead. In her career so far, she has won several prizes, such as the Silver Team Medal at the Prix de States in 2005 and the 16-year-old Equitation Championship at Capitol Challenge in 2006.
She is also a world-class jumper and has competed at the Grand Prix level. The prestigious events she has competed in include the Gucci Masters tournament in 2011 and the 2015 Longines Masters in her hometown of Los Angeles.
Despite building a successful career as an equestrian, she attended the Loyola Marymount University, majoring in communication. After graduating, she began working in the corporate world. She did her internship at a public relations firm in Beverley Hills for six months. However, she soon got bored of being indoors all day, and therefore, she decided to return to horse riding.
In collaboration with her father, Tom Selleck, Hannah now runs a Descanso Farm’s boutique breeding stable in California. The farm trains young horses, developing them into quality sports horses which are then put for sale or for Hannah’s own use.
Hannah Selleck is an ambassador for an equestrian charity—JustWorld International—as well. She did a parachute jump in March 2014 to raise funds for the organisation. 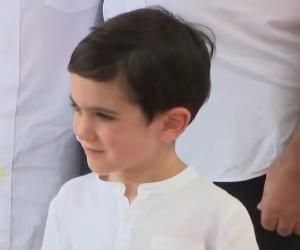