Güyük Khan was the third of the “Great Khans” who ruled the Mongol Empire. He was the grandson of Genghis Khan, the conqueror who founded the Mongol Empire. Güyük underwent military training and served in the armies of both this father and his grandfather, playing a vital role in the empire’s expansion. He participated in the military expedition in Asia, Russia, and Central Europe. After the death of his father, he had to wait for almost 5 years to ascend to the throne. During this period, his mother, Toregene Khatun, served as the regent and ensured that all opposition against Güyük’s coronation was suppressed. Finally, he took to the throne on August 24, 1246. Although he was an able administrator, his rule came to an end within 2 years, on April 20, 1248.

Mongolian People
Male Leaders
Pisces Leaders
Mongolian Leaders
Mongolian Emperors & Kings
Childhood & Early Life
Güyük Khan was born on March 19, 1206. He was the eldest son of Ögedei Khan and his second wife, Toregene Khatun.
He was trained in warfare. He initially served under Genghis Khan and later under Ögedei Khan.
He had six siblings: Godan, Khochu, Khorachar, Khashi, Kadan, and Melig.
Continue Reading Below
You May Like

Famous Beautiful Women With Green Eyes
Military Expeditions
In 1233, Güyük Khan, aided by his maternal cousin, Alchidai, and the Mongol general Tangghud, defeated Puxian Wannu, a rebellious Jin warlord who ruled the Dongxia Kingdom
In December 1237, under the leadership of his cousin Batu Khan, he attacked the principality of Ryazan and beseiged its capital. The Mongol army invaded the city and executed its inhabitants, including Prince Yuri Igorevich and his wife. The city is now known as Old Ryazan.
In early 1239, Khan, again led by his cousin Batu Khan, besieged Maghas, the capital city of Ossetia, and destroyed it, too.
Two years later, he attacked Transylvania, a historical region in central and northwestern Romania, from Oituz Pass, and prevented the Transylvanian nobility from helping King Bela IV of Hungary, who was under attack from his allies.
As the invasion of Europe progressed, differences between Güyük and Batu surfaced. The issues between them became evident during an open and violent confrontation between the two at one of the victory banquets.
Upon hearing about the altercation, Ögedei recalled both of them to Mongolia. However, he was not willing to meet them and decided to execute his son, Güyük. Nevertheless, after he calmed down, he changed his mind and reprimanded Güyük for creating a rift within the family and for ill-treating his soldiers.
On December 11, 1241, Ögedei passed away, which led to a power struggle between Batu and Güyük. However, Güyük’s mother, Toregene, who was Ögedei’s second wife, assumed power as the regent in the spring of 1242.
Toregneï¿½
Ögedei wanted his grandson Shiremun (Khochu’s son) to succeed him. However, Toregene tried her best to convince Ögedei against this decision. Her efforts to make Ögedei appoint Güyük as his heir while he was still alive failed.
After Ögedei’s death, she gained the support of her extended family and other influential people and became the “Khatun” (the empress of the Mongol Empire) in early 1242. She stayed in power until she ensured the throne was transferred to Güyük in 1246.
Continue Reading Below
During her reign, she lobbied for the coronation of her son as the “Great Khan.” After she secured the throne for herself, she stealthily placed people who supported her in influential positions. She also ensured that Ögedei’s loyalists were not in positions of power. Some of the followers of Ögedei even fled to different regions.
Her efforts paid off ,and Güyük crowned as the “Great Khan” on August 24, 1246. His coronation ceremony was a significant event and was attended by many foreign diplomats, including John of Plano Carpini, Benedict of Poland, Grand Duke Yaroslav II of Vladimir, Sempad the Constable, and Kilij Arslan IV.
GÃ¼yÃ¼k Khanï¿½
Güyük Khan ruled for a year and 8 months, from August 24, 1246, to April 20, 1248.
Although his reign was short-lived, he proved to be a capable “Khan.” He discontinued the unpopular laws and policies formulated by his mother.
After his coronation, he fell out with his mother. The rift worsened after her favorite, Fatima, was tortured and executed for exercising witchcraft on his brother, Koden.
He earned the disapproval of his citizens after he killed several officers of the previous regime, including Abd-ur-Rahman, for treason. It is also believed that his mother was murdered upon his orders.
He appointed Eljigidei in Persia to wage war on Baghdad and the Ismailis.
He continued the fight against the Song dynasty.
He sent 2,000 Mongol troops to support the ascension of Rukn ad-Din Kilij Arslan IV to the throne of the Sultanate of Rum and to dethrone Iz-ad-Din Kaykaus II.
Continue Reading Below
He bisected the Kingdom of Georgia and divided it between cousins David Narin and David Ulu.
A census was conducted across the empire
He imposed taxes ranging from 1/30 to 1/10 of value on all goods. He also collected a heavy head-tax of 60 silver drams from males in Georgia and Armenia.
He relieved the chief scribe from the responsibilities of the great “darughachi” (official in charge of tax collection in the Mongol Empire).
During his tenure, Uyghur officials rose to prominence.
In 1247, the Cilician Armenia signed a treaty with the Mongols and agreed to be treated as a vassal state of the Mongol Empire. In July that year, Amuqan, a commander of Güyük’s forces, camped near Yiom-ju in Korea to capture the country.
He assigned the principality of Vladimir-Suzdal to Andrey II Yaroslavich and made him the grand prince, also declaring Alexander Nevsky as the prince of Kiev.
Family, Personal Life, & Death
After the death of Güyük Khan’s uncle, Tolui, Ögedei had suggested that Sorghaghtani, the widow of Tolui, marry Güyük. However, she refused the offer, stating that her priority was to take her of her children.
Güyük married Oghul Qaimish. They had two sons, Khoja and Naqu.
He had another child, Khokhoo, with another wife.
He was an alcoholic, and his addiction led his health to deteriorate.
According to his contemporaries, he died on April 20, 1248, while on his way to confront Batu. Some sources claim that he might have been poisoned. However, current historians state that his death was natural and was caused due to his failing health.
Recommended Lists:
Historical Personalities #472
You May Like

See the events in life of Güyük Khan in Chronological Order 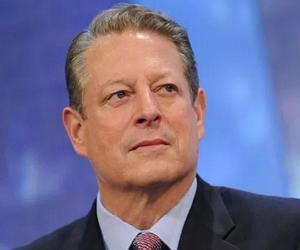 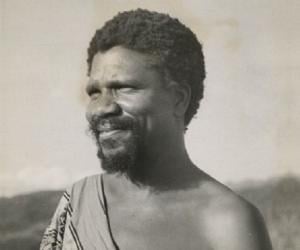