Advanced Search
Grigori Rasputin was a Russian faith healer, who was known to have visions. Having gained popularity with his prophecies, he soon became a close associate and confidante of Tsar Nicholas II and his wife Tsarina Alexandra. Initially, he impressed other members of the imperial family, and churchmen. However, when Nicholas began entrusting the psychic with too much power, people turned against Rasputin, and several attempts were made to defile him. Tsar's confidence in the spiritual healer remained strong as he had cured his son Alexei on various occasions. He even survived an assassination attempt, after which Nicholas II vested all advisory powers in the hands of the healer. As a spiritual person, he traveled to many places, including Constantinople, Beirut, Jaffa, and Jerusalem. For a brief period of time, he had so much control over Tsarina that many ministers were appointed and dismissed for no apparent reason. Finally, it was a member of the Tsar family, Prince Yusupov, who executed a well-planned murder of the healer. It is said that even his own death was predicted by Grigori, which he mentioned to the tsar in a letter, also prophesying that Russia would suffer if the murder is committed by a member of the royal family. Andy Goldsworthy
DID WE MISS SOMEONE?
CLICK HERE AND TELL US
WE'LL MAKE SURE
THEY'RE HERE A.S.A.P
Quick Facts

Andy Goldsworthy
Childhood & Early Life
Grigori Yefimovich Rasputin was born on January 21 (O.S. January 9), 1869, in Pokrovskoye, Tyumensky Uyezd, Tobolsk Governorate (Siberia), Russian Empire. His father Yefim Yakovlevich was an Orthodox Christian coachman and peasant. Grigori had seven siblings, but none survived to adulthood; he might have had a sister named Feodosiya who survived to adulthood. However, there is no evidence to suggest that Feodosiya was indeed his sister.
Not much is known about Grigori Rasputin's childhood, except for the fact that even at an early age he was known for being clairvoyant. 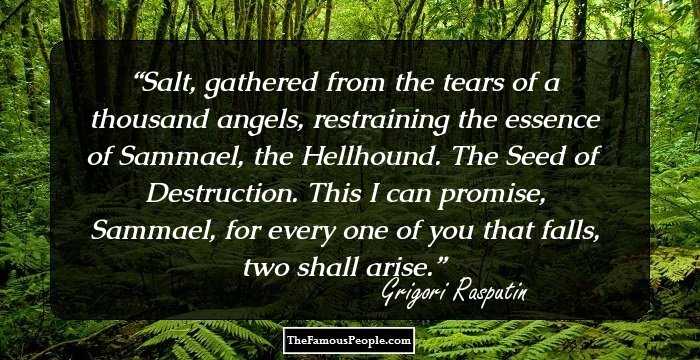 Continue Reading Below
Later Life
In 1897, Grigori moved out of his home and lived in a monastery for many months. Brother Makary, a sage living near the monastery, inspired Rasputin to live a life of austerity.
Soon, he became a religious ascetic and claimed to have seen 'Our Lady of Kazan,' who is believed to be a form of Mother Mary. By the year 1900, he had become well-known as a wanderer, also known as a 'strannik.'
In 1903, he traveled to see the 'Monastery of the Caves' in the Ukranian capital of Kiev. In Russia, his claims of having visions made him a mystical phenomenon amongst the elite class and the bishop
Rasputin also planned to request the Orthodox Saint John of Kronstadt to provide financial help for constructing a church in the village of Kazan. During his trip, he stayed at the ‘Saint Alexander Nevsky Monastery’ where he got acquainted with Saint Hermogenes.
Grigori's spiritual powers also impressed Russian archbishop Theophanes of Poltava, Grand Duchess Milica of Montenegro, and Princess Anastasia. In 1905, the Grand Duchess Milica introduced him to the Russian tsar, Nicholas II, and Tsarina Alexandra.
In 1906, the tsar, who had earlier seen troubled times, put his faith in Grigori. He asked Grigori to cure future Prime Minister Pyotr Stolypin's daughter, who was hurt as a result of a bombing incident. The healer was able to provide relief to the injured girl, impressing Tsar Nicholas II.
The same year, he was invited by the tsar to pay a visit to Alexei, the son of Nicholas II and Alexandra. The young child, who had hemophilia B, was bleeding profusely, resulting from an injury. The doctors were unable to treat him, and concluded that Alexei would not survive.
Rasputin, however, assured the royal family that Alexei would be cured but the healing process would take some time. He asked them to stop administering the aspirin prescribed by the doctors, prayed for the boy's recovery, and Alexei was better by the next day. This miraculous act sealed the tsar’s faith in the spiritual healer and his powers.
With Grigori's increasing popularity, the count of his enemies also began to rise. In 1907, the intuitive healer faced severe controversy when he was accused of being a womanizer. These allegations, however, could not be proved, and the case was withheld for a brief period of time.
Continue Reading Below
In 1911, along with other ardent pilgrims, the ascetic traveled to places like Patmos, Tripoli, Constantinople, Beirut, Cyprus, Jaffa, and finally Jerusalem. He also took out time to meet Orthodox priest Iliodor, who himself had a large group of followers.
The next year, another round of controversies followed Rasputin. His acquaintances Hermogenes and Iliodor accused him of having an intimate relationship with the tsarina.
They even provided the tsar with a set of letters written by Alexandra and her daughters as proof. The conspirators were soon dismissed, since the tsar had complete faith in Rasputin.
Several attempts were made to sever the relationship that had formed between Grigori and Nicholas II's family, but to no avail.
This bond strengthened when the tsar's son Alexei needed treatment once again in 1912. When Grigori was summoned by Alexandra, the child experienced immediate relief, though it took him almost a year to recover completely.
By 1914, Grigori had become an influential person in the Russian political scene. The tsar and tsarina blindly acknowledged his suggestions, and they were mere puppets in the hands of the psychic.
He even suggested that ‘World War I’ would prove to be catastrophic for Russia, and that it would be better to make peace with the Germans. This, however, was a suggestion that the tsar did not pay heed to, and it cost him his empire.
Major Works
Rasputin was a popular faith healer who treated Prince Alexei on several occasions. After earning the trust of the tsar’s family, he played a significant role in Russian politics.
Personal Life & Legacy
On February 2, 1887, Rasputin got married to Praskovya Fedorovna Dubrovina. The healer and his wife had two sons—Dmitri and Varvara—and a daughter named Maria.
In July 1914, an attempt to assassinate Rasputin was made by a masked woman. The murder attempt stemmed from increasing jealousy of the healer’s close ties with the tsar. Grigori survived the assassination attempt after a doctor performed surgery to save his life.
Later, Saint Iliodor and statesman Vladimir Dzhunkovsky admitted that they had planned the murder.
Prince Felix Yusupov, the husband of the tsar's only niece Irina Aleksandrovna, invited Rasputin to his palace in December 1916. When the healer reached his palace, he was murdered by Yusupov, who laced his food with poison, and then shot him to death.
Grigori’s mortal remains were interred at the 'Chesme Church' near the tsar's palace. The funeral was attended by the royal family and a few other friends.
Shortly after the tsar abdicated the throne in 1917, Grigori’s body was exhumed and burned by a troop of soldiers.

See the events in life of Grigori Rasputin in Chronological Order 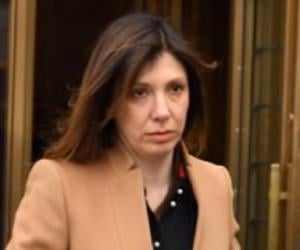 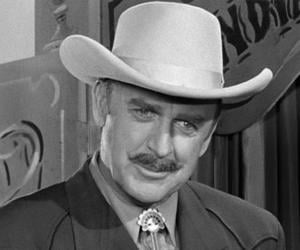