(Actor, Producer, and Director Known for His Films: ‘An American Werewolf in London ‘ & ‘After Hours’)
Advanced Search

Griffin Dunne is an American actor, producer, and director. He is best known for playing Paul Hackett in the 1985 Martin Scorsese-directed black comedy film ‘After Hours.’ He was nominated for ‘Golden Globe Award’ for ‘Best Actor in a Motion Picture’ for his work in ‘After Hours.’ As a co-producer of ‘After Hours,’ he also won the ‘Independent Spirit Award’ for ‘Best Feature.’ For his performance in the 2012 dark comedy film ‘The Discoverers,’ Dunne won ‘Achievement in Acting’ and ‘Outstanding Actor’ awards at ‘Sarasota Film Festival’ and Sedona ‘International Film Festival’ respectively. Dunne directed a short film titled ‘Duke of Groove,’ which was nominated at the ‘Oscars’ for ‘Best Live Action Short Film.’ 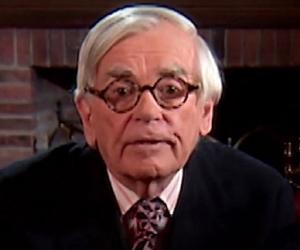 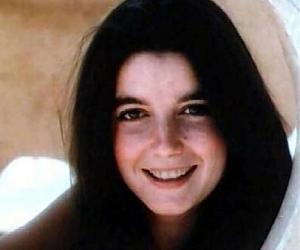 Will Smith
Actors #2795
Directors #657
T V & Movie Producers #587
8th June In History
DID WE MISS SOMEONE?
CLICK HERE AND TELL US
WE'LL MAKE SURE
THEY'RE HERE A.S.A.P
Quick Facts

Notable Alumni: The Neighborhood Playhouse School Of The Theatre

education: The Neighborhood Playhouse School Of The Theatre

American People
T V & Movie Producers
American Men
New Yorkers Actors
Gemini Actors
Childhood & Early Life
Thomas Griffin Dunne was born on June 8, 1955, in New York City, New York, USA, to Dominick Dunne and Ellen Beatriz. He grew up in Los Angeles and went to ‘Fay School’ in Southborough, Massachusetts. While attending high school in Colorado Springs, Dunne took part in many school plays.
He was cast to play an important role in the school production of William Shakespeare’s tragedy ‘Othello.’ However, he was not allowed to perform in the play as he was caught smoking marijuana by his teacher for which he was also expelled from school. After his expulsion, he returned to New York City where he enrolled himself at the ‘HB Studio’ to learn more about performing arts.
Continue Reading Below
You May Like

Famous Beautiful Women With Green Eyes
Career
Griffin Dunne began his acting career at the age of 19 when he was cast to play Herbie Johnson in the 1975 Larry Peerce-directed film ‘The Other Side of the Mountain.’ Soon after making his acting debut, Dunne realized that being an actor alone would deprive him of artistic freedom. Hence, he decided to produce films to have more artistic freedom.
In 1979, he co-produced a film titled ‘Chilly Scenes of Winter’ in which he also played a minor role. The film, which was produced along with Mark Metcalf and Amy Robinson, was based on Ann Beattie’s novel of the same name. In 1981, he worked as a production assistant in the Edward Bianchi-directed horror film ‘The Fan.’ In the same year, he played Jack Goodman in the British-American horror-comedy film ‘An American Werewolf in London.’
He landed the lead role of Tom Christo in the 1983 comedy film ‘Cold Feet.’ In 1985, he was cast to play Paul Hackett in the Martin Scorsese-directed black comedy film ‘After Hours.’ Apart from playing the lead role, Dunne also produced the film along with Robert F. Colesberry and Amy Robinson.
In 1988, he played Duffy in a film titled ‘The Big Blue’ and then played the lead role of Bert Uttanzi in the comedy film ‘Me and Him.’ In the same year, he also co-produced the critically acclaimed drama film ‘Running on Empty.’ In 1990, he co-produced ‘White Palace’ and starred in an American-Australian film titled ‘Secret Weapon.’
He was cast to play David Chartoff opposite Hillary Wolf in the Joan Micklin Silver-directed 1992 comedy film ‘Big Girls Don't Cry… They Get Even.’ In the same year, he played another important role in the romantic comedy film ‘Straight Talk.’ From 1993 to 1995, he played supporting roles in films, such as ‘Naked in New York,’ ‘The Pickle,’ ‘I Like It Like That,’ ‘Quiz Show,’ and ‘The Android Affair.’ In 1995, he played the lead role of Martin Mirkheim in the David Salle-directed drama film ‘Search and Destroy.’
Dunne made his directorial debut in 1996 when he directed a short film titled ‘Duke of Groove.’ The film, which starred Kate Capshaw and Tobey Macguire, was nominated at the ‘Oscars’ for ‘Best Live Action Short Film.’ From 1997 to 2000, he directed three films, namely ‘Addicted to Love,’ ‘Practical Magic,’ and ‘Lisa Picard Is Famous.’ He also played a supporting role in ‘Lisa Picard Is Famous.’
In 2002, he played lead roles in a couple of television films, namely ‘Warning: Parental Advisory’ and ‘What Leonard Comes Home To.’ In the same year, he also played supporting roles in films, such as ‘40 Days and 40 Nights’ and ‘Cheats.’ In 2003, he made a guest appearance in the Peter and Bobby Farrelly-directed comedy film ‘Stuck on You.’
Dunne produced and directed the 2005 independent drama thriller film ‘Fierce People’ which was adapted from Dirk Wittenborn’s novel of the same name. The film premiered at the ‘Tribeca Film Festival’ (TFF) but failed to impress the critics. In the same year, he also produced and acted in the Michael Hoffman-directed American film ‘Game 6.’
In 2008, he directed a romantic comedy film titled ‘The Accidental Husband.’ The film starred Uma Thurman and Jeffrey Dean Morgan in prominent roles and featured many Indian songs, such as ‘Yaro Yarodi,’ ‘Swasamae,’ and ‘Rang De.’
He played Lewis Birch in the 2012 American dark comedy film ‘The Discoverers.’ He won the ‘Outstanding Actor’ award at ‘Sedona International Film Festival’ for his performance in the film. The following year, he directed an anthology comedy film titled ‘Movie 43’ for which he received the ‘Razzie Award for Worst Director’ at the 2014 ‘Golden Raspberry Awards.’ In 2013, he also played Dr. Vass in the Jean-Marc Vallée-directed critically acclaimed film ‘Dallas Buyers Club.’
From 2014 to 2016, he played supporting roles in six films, namely ‘Rob the Mob,’ ‘Fugly,’ ‘Touched with Fire,’ ‘Tumbledown,’ ‘Consumed,’ and ‘My Dead Boyfriend.’ In 2018, he played minor roles in films, such as ‘Ocean's Eight’ and ‘Alright Now.’ In the same year, he was cast to play an important role in the American drama film ‘The French Dispatch.’
Family & Personal Life
Griffin Dunne’s mother, Ellen Beatriz Griffin Dunne, was an American actress. She founded a non-profit organization called ‘Justice for Homicide Victims’ after her daughter Dominique Dunne’s demise. His father, Dominick John Dunne, was a writer, producer, and investigative journalist.
Dunne dated Kate Forte before marrying her in 1973. However, the marriage was annulled in 1974. He got married to actress Carey Lowell on December 9, 1989. On April 12, 1990, Lowell gave birth to their daughter Hannah Dunne who went on to become a model and actress. Dunne divorced Carey Lowell on December 10, 1995. He then married a stylist named Anna Bingeman on July 4, 2009.
Recommended Lists:
Film & Theater Personalities #6217
You May Like

See the events in life of Griffin Dunne in Chronological Order