Gracie Allen was an American comedian and actress. She was best known for her contribution to weekly radio program called ‘Burns and Allen’, which she aired along with her husband, George Burns. Allen was the most loved comedian of the 30s. Her epic chemistry with George led the duo to assemble numerous comedy shows, where Allen played the comic foil of her husband. The duo had also starred in a number of movies. Some of them were ‘The Big Broadcast’, ‘Six of a Kind’, ‘College Holiday’, ‘A Damsel in Distress’, ‘A Foggy Day’ etc. Gracie finally retired from the show business in 1958, after getting tired of playing the same character for so many years. She died in 1964, after suffering from a heart attack in Los Angeles, California. She was inducted into ‘Hollywood Walk of Fame’ at the South side of 6600 block of Hollywood Boulevard. She was also inducted into ‘Television Hall of Fame’ with George Burns in 1988. Christina Apple...
26th July In History
DID WE MISS SOMEONE?
CLICK HERE AND TELL US
WE'LL MAKE SURE
THEY'RE HERE A.S.A.P
Quick Facts

See the events in life of Gracie Allen in Chronological Order 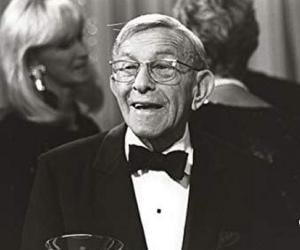