Geovanna “Geo” Antoinette Carreno-Kwan is a YouTube star, actress, power lifter and model. She is a producer and marketing/ PR executive for the JustKiddingFilms team. Geovanna is the creator and owner of a popular LA gym ‘Barbelle Brigade’. She acted in short mini television series like ‘She Has a Boyfriend’ (as the Motorcycle girl) in 2013, ‘Single by 30’ (as Brianna) and ‘Yellow Fever 2’ in 2016, ‘JustKiddingFilms’ series from 2010 to 2015. Geovanna performed as a guest for ‘Access Hollywood’ from 2014 to 2015, 'Inside Edition’ documentary in 2015 and ‘MashBox’ in 2012. She produced a short, comedy ‘Gun Fu’ in 2014 and a short film titled ‘The Monster’. She collaborated with her husband and created their own YouTube channel called ‘Bart &Geo’ where she promotes her gym. In this channel, the couple uploads live stream videos of their daily personal and professional life including vacationing, shopping, dining out and socialising with friends. Geovanna has collaborated with Kohls for their maternity clothing line glow and Pip & Vine by Rosie Pope collections. 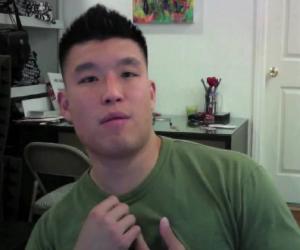 Emma Chamberlain
Vloggers #1004
YouTubers #101
Continue Reading Below
DID WE MISS SOMEONE?
CLICK HERE AND TELL US
WE'LL MAKE SURE
THEY'RE HERE A.S.A.P
Quick Facts

Female Vloggers
Female YouTubers
American Vloggers
American YouTubers
Geovanna is a part of 4 collective channels like JustKiddingFilms, JustKiddingParty, JustKiddingGamer and JustKiddingNews. JKF’s videos like the ‘Hangin’ With JK’ series (with episode titles like ‘Affection’, ‘Quality Time’, ‘Complaining’ and ‘Are You A Saver or A Spender’) have been popular. In these uploads, Geovanna and Bart join other couples to discuss modern day relationship issues.
In JustKiddingFilms channel, they discuss social, religious, Asian and superstition issues. They have amassed 1.6 million subscribers to this channel as in 2017.
JustKiddingParty has entertainment and fun videos like ‘Cards Against Humanity’, ‘Guys Try Girls Products’, ‘Just Dance’ and has approximately 1 million subscribers.
‘JustKiddingGamervideo’ showcases two or more gamers playing video games and has over 2 million subscribers.
The ‘JustKiddingNews’ portrays commentaries of the cast on their chosen news like ‘Kazak Volleyball Player Is Too Pretty To Play Volleyball’ and ‘Girl Hires Hitman To Kill Her Parents Because They Are Too Strict’ and has 1.6 million subscribers. Further, the JKF team have a popular challenge series of YouTube uploads like ‘Christmas Smoothie Challenge’, ‘Ultimate Pepper Challenge’ and ‘Taco Challenge’. Geovanna in her personal vlog ‘Bart &Geo’ uploads healthy eating videos like ‘Guilt Free Shakes: Chocolate Peanut Butter Protein Shakes’ and ‘Guilt Free Dessert- Peanut Butter Cup Ice Cream’ where she shares low calorie recipes. Her video ‘Bart And Geo Official Marriage Video!!!’ received1.5million views.
After getting pregnant in 2017, she uploaded a video series showing her growing baby bump along with consequent changes in her lifestyle.
Geovanna’s personal vlog has .6 million subscribers. On their Barbell Brigade YouTube channel, the couple show clips of their training sessions like lifting weights and squats including her powerlifting sessions during her pregnancy. Some of her popular videos on this channel are ‘Showering With My GF, My Workout Plan and ‘Pregnant Powerlifter’. She advertises about their gym apparel collections on her channels which are sold in their BarbelleBrigade website.
As of 2016, her net worth is $ 1.6 million. The revenue generated from online advertisement adds on to her net worth.
You May Like

Famous Beautiful Women With Green Eyes
Continue Reading Below
Behind the Curtains
Geovanna Antoinette was born to conservative Mexican parents on 3rd October 1983 in Los Angeles, USA. She played guitar, flute, piano and mandolin in her childhood. She has an elder sister, an elder brother and a younger sister.
Recommended Lists: