Sir Francis Galton was an English man who influenced the scientific, psychological geographical and meteorological arenas. With an IQ of two hundred, he was a best-selling author, inventor of finger identification, statistician, sociologist, meteorologist, a geologist, explorer, founder of differential psychology and geneticist. He is most renowned for studying selective mating in humans, and referred to it as Eugenics. He also created the term “nature versus nurture” in reference to his study of hereditary traits. Even though he is not recognized for his accomplishments, Galton’s contributions are still in effect today. In the various novels and autobiographical writing penned by this great scientist, his passion for scientific studies was evident. His friends and family saw him as shy and extremely humble, despite his high intelligence. A workaholic by nature, he diligently set about finding the answers to queries and despite being weary with long working hours he pressed onward with his research and findings. He received many awards for his accomplishments, including being knighted, and if he wasn’t supported by his parents and his older sister, he would not be the genius that influenced such a vast array of fields of study. Read on to know more about the life of this great scientific mind and his contribution to the society 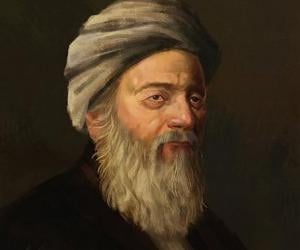 British Celebrities
Trinity College Dublin
Trinity College, Cambridge
British Inventors & Discoverers
Aquarius Men
Childhood & Early Life
Sir Francis was born on February 16th, 1822 in Birmingham, England to Samuel Tertius Galton and Frances Anne Violetta Galton.
As a child, he was extremely intelligent and by the time he was five years old, his invalid sister had taught him how to read advanced literature, and as he grew older, his mother would hear him reciting from Chevy Chase, or Hudibras.
Both of his parents wanted him to become a medical doctor. He studied medicine at ‘Birmingham's General Hospital’ and later at the ‘Kings College’ in London.
In 1840, he decided to study mathematics at ‘Cambridge University’ instead of medicine.
After Galton's father passed away, he received a wealthy inheritance. He decided to abandon his studies and traveled around the British Isles, and even went to Egypt and Sudan. 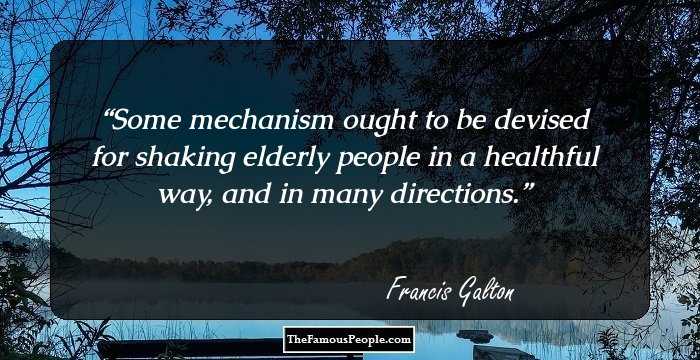 The Sexiest Men Of 2020, Ranked
Career
In 1850, he decided to become an explorer and Geographer. He joined the ‘Royal Geography Society’ to explore a semi-unknown region of South Africa.
He charted and explored "Damaraland" and "Ovampoland," regions located in South Africa. He was accompanied by Charles Andersson, who ended up staying in the area.
Andersson and Galton's intention was to travel through Damaraland to Lake Ngami, but they weren't able to reach the lake, and decided to chart Ovampoland instead.
After returning to England in 1853, Galton became interested in meteorology, and created the first weather map. It was the first attempt to chart weather on a continental scale.
In 1865 he published ‘Hereditary Genius’, an investigation of the how heredity effected intellectual traits.
Influenced by Charles Darwin's ‘Origin of Species’, in 1875, he began to study and create his own theories on inherited traits.
His study of heredity led to his study of the measurement of human characteristics, (anthropometry). In 1885, he created the Anthropometric Laboratory in the International Health Exhibition. He created this to receive a sizable amount of data for his statistical research.
Galton created psychometrics, the first scientific mental instruments to have existed. Subjects were paid for their tests results in his ‘Anthropometric Laboratory’. He received over 9,000 sets of data for different individuals which were later used to explain the theories of perception.
Beginning in 1888, he was the first to put the study of fingerprints for identification on a scientific basis. Through his ‘Anthropometric Laboratory’, he was able to collect over 8,000 sets of prints.
Continue Reading Below
In 1901, he presented Eugenics to the ‘Sociological Society in the School of Economies’. He presents Eugenics as the study of all of the influences that affect the inborn qualities of the race, and a goal to improve the inborn qualities. 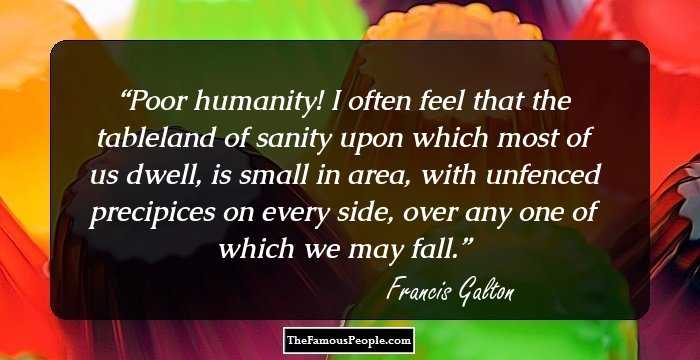 Quotes: I
Major Works
Galton's scientific approach to fingerprinting as identification process lead to positive findings of the Parliamentary Committee of 1894. Soon after, finger identification was accepted as testimony in courts, and to identify recidivists.
’Narrative of an Explorer in Tropical South Africa’ was a detailed account of his exploration in South Africa, successful because of his survival through an unknown area of Africa. He wrote a later novel entitled ‘The Art of Travel’, an enduring guide on traveling through the wilderness.
The paper ‘Eugenics: It's Definition, Scopes and Aims’ describes Galton's explanation of Eugenics and how it could be used to produce good and desirable hereditary traits within the human race. His goal was to promote a better society, and to potentially "breed" out sickliness and diseases.
Awards & Achievements
In 1853, he was awarded the ‘Founder's Gold Medal’ by the ‘Royal Geographical Society’ for his exploration of the unknown areas of South Africa. He published his travels in the book entitled ‘Narrative of an Explorer in Topical South Africa’.
In 1908 he won the ‘Darwin-Wallace Medal’ for his contributions to evolutionary biology.
He won the ‘Royal Medal’ for his contributions to the physical, biological, and applied sciences.
In 1910 he won the ‘Copley Medal’ for outstanding achievements in the biological sciences. 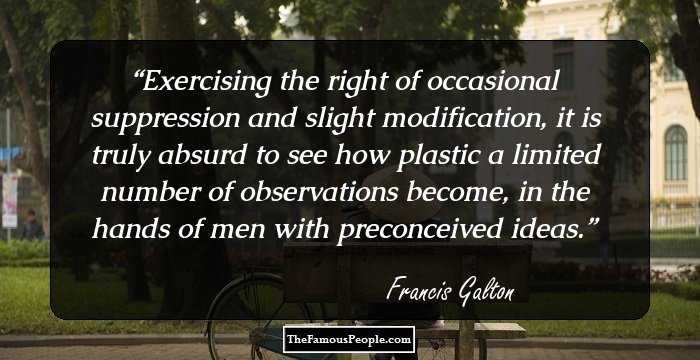 Personal Life & Legacy
His twelve year old sister, Adele suffered from a weak spine, but taught him Latin and Greek from her bed anyway.
In 1853 he returned to England to marry Louisa Jane Butler.
He died at the age of 88 on January 17th, 1911 in Haslemere, England. He was buried in the ‘St. Michael and All Angels Churchyard’ in Claverdon, England.
After the demise of this eminent scientist, the ‘Galton Professorship’ and the ‘Laboratory of Eugenics’ were founded in the ‘University of London’ in his honor.
When Eugenics became popular in the 1920's it took a more sinister turn with the implementation of involuntary sterilization in thirty American states, and it becoming central to Nazi ideology.
The full analysis of the results from his Anthropometric Laboratory weren't able to be processed until the 1980s, when computers were fast enough to handle the task.
You May Like

See the events in life of Francis Galton in Chronological Order 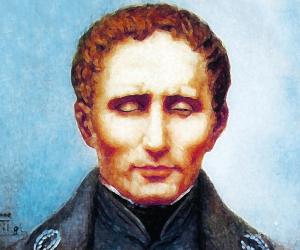