Frances Ford Seymour was a Canadian–American socialite, best known as the second wife of Hollywood actor Henry Fonda. Born in Ontario, Canada, she grew up in an upper-middle-class family. Ever since she was a kid, she had been a troubled child. According to daughter Jane Fonda, Frances had a history of mental health issues due to the recurrent episodes of sexual abuse that she had been subjected to as a kid. Frances was initially married to millionaire lawyer and sportsman George Tuttle Brokaw. They had a child. After his death, she met and fell in love with Henry Fonda. They got married and had two children together, both of whom later became hugely successful actors. In the late 1940s, their marriage went through a rocky patch. She was admitted to a psychiatric hospital, where she killed herself by cutting her throat with a razor blade in April 1950. Elizabeth Schuy...
4th April In History
DID WE MISS SOMEONE?
CLICK HERE AND TELL US
WE'LL MAKE SURE
THEY'RE HERE A.S.A.P
Quick Facts

American Celebrities
Canadian Celebrities
Canadian Women
Female Socialites
American Socialites
American Female Socialites
Childhood& Early Life
Frances Ford Seymour was born on April 4, 1908, in Brockville, Ontario, Canada, to Eugene Ford Seymour and Sophie Mildred. Not much is known about her childhood, but it was later proved via medical reports that Frances had been sexually abused repeatedly as a child.
She was raised in an upper-middle class Canadian family. Although she grew up to be an intelligent and beautiful woman, her childhood history of sexual abuse had made her extremely sensitive. She struggled with mental health issues, such as depression, almost throughout her life.
Continue Reading Below
You May Like

The Best Black Actresses Of All Time
Marriages
Frances married George Tuttle Brokaw on January 10, 1931. George was an American lawyer and businessman who had inherited a massive amount of wealth from his businessman father. It was his second marriage. He had one daughter from his previous marriage. Frances and George got married in New York in a small wedding.
They had a daughter together, Frances de Villers Brokaw, born the same year they got married. In 1935, George had a massive heart attack and passed away.
Henry Fonda was a huge star by then. He was shooting for the first English ‘Technicolor’ film, named ‘Wings of the Morning,’ in London’s ‘Denham Studios’ when he met Frances for the first time. The couple began dating soon after. Frances got married to Henry on September 16, 1936, in New York City, only after a year of her first husband’s death.
In December 1937, Frances gave birth to their first child together, daughter Jane Fonda. In 1940, the couple had another child, son Peter Fonda. Both their children later became well-known actors.
Troubled Marriage
Her marriage with Henry was never a happy one, according the sources. Frances carried a lot of emotional baggage, stemming from her troubled childhood. In addition, she suffered from mental issues such as bipolar disorder and depression. Henry was a huge Hollywood star, and it was not easy for him to manage his household and career together.
He had also been away from his children. At a point, they had stopped seeing each other for many years. Jane Fonda later revealed that she had gone through her mother’s medical records and was shocked to find out that she had had nine abortions before Jane was born.
Ever since the kids were born, Frances never quite gave up her self-destructive behavior. Frances was also extremely insecure about her looks and went through multiple plastic surgeries.
After both the children were born, Frances came to know about her husband’s multiple sexual affairs. She became an attention seeker and resorted to extreme means to regain his attention. She developed an eating disorder to maintain her fitness levels and walked around naked in front of Henry. She even dragged herself on the floor, begging her husband to talk to her, but nothing quite worked.
As an effect of these psychological troubles, Frances turned bitter toward their children. Jane revealed that she hated her mother, thinking that she did not love her enough. However, when she came to know about her traumatic history of sexual abuse in childhood, she sympathised with her.
Later Life & Death
Henry Fonda was a well-known womanizer. He did not love Frances enough to get the wedding going. He did not even care about his children. In 1949, he told Frances that he wanted a divorce.
Frances was already emotionally troubled. Thus, she did not take the news sportingly. She became a maniac. Eventually, she was admitted to the ‘Austen Riggs Psychiatric Hospital’ in January 1950, for treatment of her psychological disorders.
On April 14, a few days after her 42nd birthday, she committed suicide by cutting her throat with the help of a razor blade. Soon before she committed suicide, she wrote six notes to different individuals but none to her husband, Henry.
Following her death, Henry quickly organized a funeral, with only him and his mother-in-law present at the event. Frances’s psychiatrist later revealed that Henry was a cold and narcissistic person who had pushed Frances to her mental breakdown.
The children were told that their mother had died of a heart attack. Jane came to know about her mother’s suicide through a magazine her friend showed her.
The same year, Fonda married his mistress.
You May Like 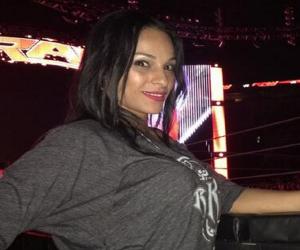 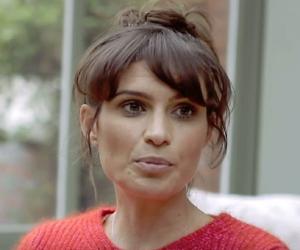