Finty Williams, born as Tara Cressida Frances Williams, is an English actress. She has appeared in several British movies, nearly always alongside her mother, actress Judi Dench. Some of the famous movies she has acted in are ‘Mrs. Brown’, ‘Gosford Park’, ‘The Importance of Being Earnest’ and ‘Ladies in Lavender’. Williams has also worked on television. She had a recurring role in the series ‘Born and Bred’. Besides this, she starred in shows such as ‘Cranford’ and ‘Tales from the Crypt’ as well as in the miniseries ‘The Torch’ and ‘Wives and Daughters’. The English actress is also a voice artist who has lent her voice to the character of Angelina Mouseling in the animated series ‘Angelina Ballerina’. Williams has acted on stage as well, in the audiobook narration ‘I've Got Your Number’ and in plays like ‘Party Piece’ with Richard Harris. Williams, who is a single mother of her son Sam Michael Williams, is a simple, strong, and intelligent woman in real life. 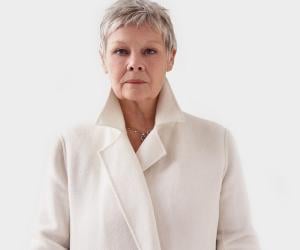 British People
Libra Actresses
British Actresses
Actresses Who Are In Their 40s
Women Film & Theater Personalities
Career
Finty Williams first appeared in the TV miniseries ‘The Torch’ in 1992. She then had film roles in the movies ‘The Mystery of Edwin Drood’ and ‘The Secret Rapture’. After this, she appeared in the drama ‘Tales from the Crypt’ in 1996. The following year, the actress acted in the film ‘Mrs. Brown’. Soon after this, she was cast in the television miniseries ‘Wives and Daughters’. In 2001, Williams did the flick ‘Gosford Park’. She also voiced the character of Angelina Mouseling in the animated series ‘Angelina Ballerina’ that year.
She then had an uncredited role as Tulip in ‘Courage the Cowardly Dog’ in 2002. The same year, the English actress got the opportunity to act in the movie ‘The Importance of Being Earnest’. Williams also appeared in the series ‘Born and Bred’ that year. Then she appeared in the movie ‘Ladies in Lavender’ in 2004. Three years later, she starred in the show ‘Cranford’. In the year 2009, Finty Williams did the big screen project ‘Even Girls Cry Sometimes’. This was followed by another project ‘Delicious’ in 2013.
You May Like

British Film & Theater Personalities
British Female Film & Theater Personalities
Libra Women
Continue Reading Below
Personal Life
Finty Williams was born as Tara Cressida Frances Williams on 24 September 1972, in London, England as the only child of actress Judi Dench and actor Michael Williams. She is the niece of English actor Jeffery Dench. Williams studied at the Central School of Speech and Drama.
At the age of 24, she became the mother of her only son, whom she named Sam Michael Williams. The kid’s father is not known to the public. Finty hid her pregnancy news from her mother and the latter happened to learn about that just a few days before Sam Michael’s birth. So it goes without saying that Finty is a secretive person who doesn’t like to disclose anything regarding her personal life to the media as well.