Faizon Love is a Cuban-born American actor and comedian best known for his roles in the films 'Friday' and 'Elf'. Love, who had come to New York to become a stand-up comedian, got an opportunity to provide the voice of deceased comedian Robin Harris in the motion-picture 'Bebe's Kids' in 1992. Since then, he has acted in several films, such as 'The Meteor Man', 'Don't Be a Menace to South Central While Drinking Your Juice in the Hood', 'The Replacements', 'Made', 'Blue Crush' and 'Couples Retreat'. He also had roles on television shows like 'The Parent 'Hood', 'That's So Raven', 'The Big House', 'My Name Is Earl', 'Real Husbands of Hollywood', 'Black-ish' and 'Step Up: High Water'. He appeared as Maurice Starr on BET's three-part biographical miniseries 'The New Edition Story' in 2017. He voiced the character of Sean 'Sweet' Johnson in the 2004 video game 'Grand Theft Auto: San Andreas'. He has appeared on the music videos of 'Freaky Thangs' by Ludacris and 'Put Yo Hood Up' by Lil Jon and The East Side Boys. He also starred in a theatrical production of 'Our Town' in 2011.
Continue Reading Below American People
Cuban People
American Men
Cuban Men
Gemini Actors
Cuban Actors
Rise to Stardom
At the age of 15, while still attending school in New Jersey, Faizon Love became interested in performing comical acts in front of his classmates, and was encouraged by his English teacher to continue to do so. After completing his school graduation, he relocated to New York to seek out career opportunities as a stand-up comedian. He was 19 years old when he made his Off-Broadway debut as an actor in the Harlem National Black Theater production of 'Bitter Heart Midtown', which was a modernized retelling of the Charles Dickens classic 'Great Expectations'. Soon after, he made his motion-picture debut in the animated comedy 'Bebe's Kids', in which he earned praise for providing a close vocal impression of comedian Robin Harris, who had died suddenly before the production on the film started. Throughout the early 1990s, he continued to appear in a number of low-budget comedy films, including 'The Meteor Man' (1993) starring Robert Townsend, who later on offered Love a major role on his sitcom 'The Parent 'Hood'. Faizon Love went on to portray Big Worm in the stoner buddy comedy 'Friday', a role for which he is still remembered.
You May Like

Male Comedians
American Actors
Actors Who Are In Their 50s
American Comedians
Continue Reading Below
Controversies & Scandals
Faizon Love has courted controversy a number of times in the past, primarily because of his peculiar way of showing support to sexual assault accused actor and comedian Bill Cosby. During the mid-2010s, after Cosby was accused of rape, drug-facilitated sexual assault, sexual battery, child sexual abuse, and sexual misconduct by over 60 women, Love first put up an Instagram post in Cosby's support and then went on a Twitter meltdown in November 2014. Over a period of four days, he posted several tweets making derogatory comments about women who made accusations against Cosby and Black people who were willing to trust them instead what Cosby himself told in his defense.
Faizon Love not only attacked comedian Hannibal Buress for mentioning those allegations during a stand-up show, but also went on to defame news personalities like Goldie Taylor and Richelle Carey. Interestingly, he had to go on back foot after Taylor proved how unfunny his behavior was. In July 2015, after newly discovered 2005 court documents revealed that Cosby had admitted to obtaining Quaaludes to drug women, many of his prior supporters had to reconsider their stance, but not Love, who once again criticized black people. Incidentally, Cosby was found guilty of indecent assault in April 2018 and was sentenced to three-to-ten years in prison in September. In August 2018, Love himself was sued by his assistant Tashiana Luke, who had worked only 17 days for him in June 2016, for sexual harassment.
In March 2017, he became involved in a violent altercation with a valet at John Glenn Columbus International Airport in Columbus, Ohio, following which he was arrested by the police. While he initially filed a plea of not guilty, after videos of him brutally grabbing the valet behind the neck and throwing him on the ground appeared on the internet, he had to admit to misdemeanor assault in July to avoid jail term. He was also arrested back in June 2011 for committing fourth-degree domestic assault while still on probation for assault.
Recommended Lists:

Cuban Film & Theater Personalities
American Film & Theater Personalities
Gemini Men
Personal Life
Faizon Andre Love was born as Langston Faizon Santisima on June 14, 1968, in Santiago de Cuba, the second largest city of Cuba. Because his father served in the US Navy, his family lived in San Diego, California and Newark, New Jersey where he spent much of his childhood. He attended high school in New Jersey. According to a recent 'Mediamass' report, he might have got engaged to, or even married, his longtime girlfriend. 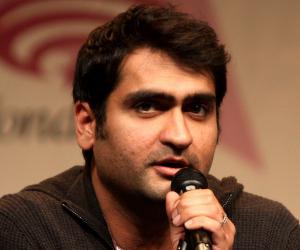