Fadi Fawaz is an Australian-born Lebanese hairstylist and photographer. He is famous as the boyfriend of singer George Michael. They were in a long-term relationship till George’s death in 2016. Following George’s death, several newspaper headlines framed Fadi. He claimed that George had committed suicide, which contradicted the autopsy reports. He was banned by George’s family from attending the funeral, as they held him responsible for the death. There was a controversy regarding the inheritance of George’s possessions. Fadi claimed a huge amount as his maintenance allowance, which George’s family refused to accept. They later agreed to give George’s mansion in London to Fadi so that he would not reveal any confidential details about George’s personal life to the media. 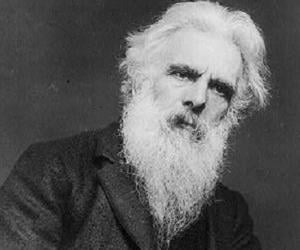 Eadweard Muybridge
Photographers #534
Continue Reading Below
DID WE MISS SOMEONE?
CLICK HERE AND TELL US
WE'LL MAKE SURE
THEY'RE HERE A.S.A.P
Quick Facts

Australian People
Lebanese People
Lebanese Men
Australian Photographers
Gemini Men
Relationship with George
Fadi and George first met in 2009. George was then in a relationship. His affair with Fadi began in 2011, after George broke up with Kenny Goss, an American art dealer. Some of Fadi and George's last pictures together were published in 2015, after they were photographed together in Switzerland. However, they mostly kept their relationship away from the media.
According to sources, Fadi had helped George several times in dealing with personal issues. He provided emotional support to George when he was in a rehabilitation facility in Switzerland to combat his drug addiction in 2015.
You May Like

The Best Black Actresses Of All Time
Continue Reading Below
Georgeï¿½
George died in December 2016. Fadi found George lying dead in his bed when he went to George's room to wake him up on Christmas morning. They were supposed to celebrate the Christmas holidays together.
Following this, Fadi made several newspaper headlines when he revealed how he had discovered George’s dead body lying on the bed on Christmas Day.
Later, a series of "tweets" from Fadi’s 'Twitter' account suggested that George had committed suicide. It was later revealed in an autopsy report that the cause of the death was heart failure. However, Fadi denied having posted those "tweets" and said that his 'Twitter' page had been hacked. Many of George’s friends and family members held Fadi responsible for his death. Some of them even revealed that the two had broken up a year earlier. Fadi was not allowed to attend George’s funeral. Despite that, Fadi arrived in a hired car at the funeral, held at 'Highgate Cemetery' in North London on March 29, 2017. Although he arrived at the funeral venue, he was not allowed to enter.
After George’s death, several controversies involving Fadi and the inheritance of George’s massive property surfaced.
On April 16, 2018, Fadi announced through a "tweet" that he would sell George's belongings. However, the "tweet" reflected a lot of aggression against George. Fadi has been living in George’s massive, luxurious mansion since his death. In May 2018, sources revealed that he had been asked to move out of George's London home in 'Regent's Park.' Later, Fadi claimed a hefty maintenance amount. He was addicted to the lavish lifestyle that he enjoyed during his seven-year relationship with George.
Fadi was offered around €1,000,000 to reveal the details of George's personal life and his relationship with him. This scared George’s family, as they feared that Fadi would reveal confidential details about them, which could have harmed their image in the media. Thus, to stop Fadi from accepting the offer, they offered him George’s London mansion. They also offered him a sum of €250,000 as maintenance allowance.
Personal Life & Career
Fadi was born on May 24, 1973, in Australia. He is of Lebanese descent. Fadi later moved to London, England.
Fadi is a hairdresser and photographer. His works are available on 'Flickr.' Fadi’s editing style has been appreciated by many. Fadi has worked as a celebrity hairstylist, with clients such as 'The Pussycat Dolls' and supermodel Naomi Campbell. Fadi has appeared in an episode of the 2011 comedy–drama 'SLiDE.'