DID WE MISS SOMEONE?
CLICK HERE AND TELL US
WE'LL MAKE SURE
THEY'RE HERE A.S.A.P
Popularity Index
10
Photographers #36
Quick Facts

Who was Cecil Beaton?

Sir Cecil Walter Hardy Beaton was an English photographer best known for his portraits of celebrities captured in avant-garde settings. A famous characteristic of his work was that he would go to any lengths to capture a particular look—subjects were made to lie down, climb trees, perch upon a ladder or simply wear a poker face in order for him to take innovative photographs. His fascination with photography began when he used to look at pictures of society women and celebrities in magazines as a young boy. He received his first camera when he was 11 and thus began his long term love affair with images and photography. His two younger sisters became his first models and they readily humored their brother by posing for him in imaginative costumes. He had no interest in academics and though he went to college for sometime he dropped out before graduation. He started working for the British edition of ‘Vogue’ where he became famous for his fashion photographs and society portraits. During the Second World War, he became the country’s leading war photographer and captured the horrors of the war in poignant details in his photographs. He also worked as a stage and costume designer for which he won an Academy Award. Capricorn Men
Childhood & Early Life
He was the eldest son of Ernest Walter Hardy Beaton and Etty Sissons. His father was a timber merchant with a well established business. Cecil had three younger siblings - one brother and two sisters.
He attended Heath Mount School and St. Cyprian’s School. He was artistically very gifted and was a good painter and a singer.
He received a camera for his eleventh birthday and developed a lifelong fascination with photography. He used to dress up his little sisters in elaborate costumes and take their pictures.
He enrolled at St. John’s College, Cambridge, to study history, art, and architecture. He continued pursuing photography as a hobby. Realizing that he had no real interest in academia, he quit college in 1925. 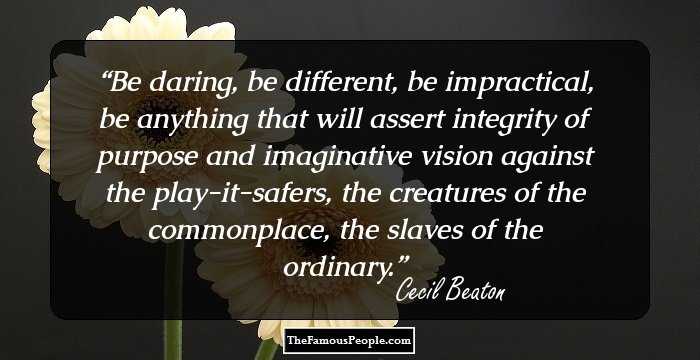 The Best Black Actresses Of All Time
Career
He joined his father’s timber business but found the work to be incredibly boring. He had an equally unsuccessful experience as an office worker with a cement manufacturer.
He realized that his real passion was photography and held his first exhibition under the patronage of Osbert Sitwell in the Cooling gallery in London. The exhibition was a hit, and introduced the new talent to the world of photography.
He went to New York in 1928. There he became acquainted with the editors of ‘Vogue’ and ‘Vanity fair’. Over the next few decades he would work for both the magazines and specialize in fashion photographs and society portraits.
In 1930 he published a collection of his portraits called ‘The Book of Beauty’.
He secured a 15-year lease on Ashcombe, a 18th century mansion where the society people got together on weekends for performing amateur plays.
He was often invited to photograph the Royal Family for official publication.
He had taken several pictures of the Queen Mother, Queen Elizabeth, and also served as the wedding photographer at the marriage of the Duke and Duchess of Windsor.
He was posted to the Ministry of Information during the Second World War and was assigned to shoot pictures of the war front. He captured the horrors of the war through his lenses and brought them to the world. One of his most poignant pictures was of a little girl hugging a teddy bear as she lay wounded in a hospital.
After the war he tried his hand at stage and costume designing. He designed the stage, sets and costumes for a revival of the play ‘Lady Windermere’s Fan’ (1946), ‘The Grass Harp’ (1952), ‘The Chalk Garden’ (1955), ‘Saratoga’ (1959) and ‘Coco’ (1969).
Continue Reading Below
Over the next few decades he actively designed the stages and costumes for several plays including ‘My Fair Lady’ (1956) which led to film offers. He reprised his role of stage and costume designers for the film musicals ‘Gigi’ in 1958 and ‘My Fair Lady’ in 1964.
He was also a noted diarist, famous for his acerbic tone of describing people. He published six volumes of his diaries while he was alive (from 1922 till 1974). 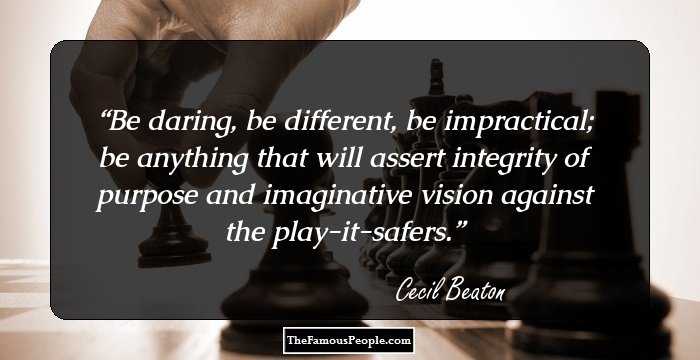 Quotes: Will
Major Works
As a fashion and portrait photographer he was famous for clicking the pictures of high profiles celebrities like Greta Garbo and Queen Elizabeth. His war time photographs are said to be pivotal in convincing America to help Britain during the difficult war period.
He was also a stage and costume designer for Broadway plays and films, a work which earned him much acclaim and several prestigious awards.
Awards & Achievements
He is the recipient of two Academy Awards for Best Costume Design: ‘Gigi’ (1958) and ‘My Fair Lady’ (1964).
He won the Tony Award for Best Costume Design four times (1955, 1957, 1960 and 1970). 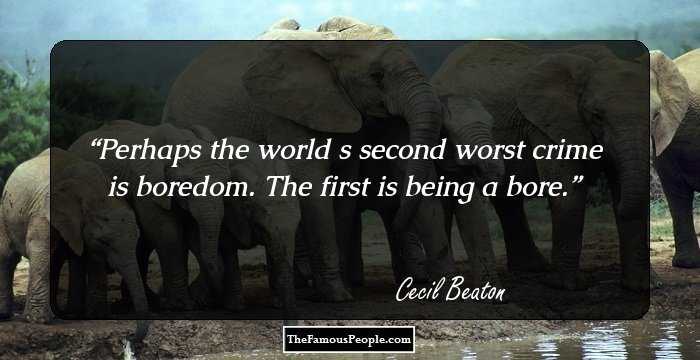 Personal Life & Legacy
He had been in relationships with several men and women including swordsman Kin Hoitsma, actresses Greta Garbo and Coral Browne. For years he was obsessed with the art collector Peter Watson though the two men were never in a relationship.
He suffered a stroke in 1972 that left him completely paralyzed on the right side of his body. His health deteriorated over the next few years and he died in January 1980.
You May Like

See the events in life of Cecil Beaton in Chronological Order