Ernesto Bertarelli is an Italian-born Swiss businessman, sports enthusiast and philanthropist, who is among the richest persons on the earth. His family wealth is estimated to be at £11.5 billion, while according to Forbes, his estimated net worth is $9 billion. He was the CEO of Serono before it was sold to Merck. He is currently the co-chairman of the Bertarelli Foundation, the chairman of the Waypoint Capital group, and is a member of the Strategic Advisory Board at Ecole Polytechnique Fédérale de Lausanne (EPFL). Like his father, he is also passionate about sailing and formed the yachting syndicate Team Alinghi, which became the first team to win the coveted America's Cup in their first attempt, and successfully defended it in the next iteration of the event. The team has also won the Extreme Sailing Series three times. His passion for sailing also made him aware of the importance of protecting marine ecosystems. As part of the Bertarelli Foundation, he has funded major marine reserve projects. The foundation also continues the Bertarelli heritage by investing into life sciences research, including biotechnology and neurosciences.
Continue Reading Below Swiss People
CEOs
Philanthropists
Swiss Men
Harvard Business School
Childhood & Early Life
Ernesto Bertarelli was born on September 22, 1965 in Rome, Italy to Fabio Bertarelli and Maria Iris. He is the eldest child of his parents, and has a sister named Dona.
His grandfather, Pietro Bertarelli, was with Serono since it was established back in 1906 in Italy and became its Managing Director in 1935. The pharmaceutical company rose to prosperity with its groundbreaking breakthroughs in infertility treatments in the 1960s.
His father, Fabio, became the Chief Executive of Serono in 1965 and bought out significant stake of the company from the Vatican in the mid-1970s. However, due to threats from leftwing Red Brigades militants, he shifted the family, as well as the business, from Rome to Geneva.
A young Ernesto discovered his love for sailing after relocating near Geneva Lake. His new hobby would eventually become his passion, as he would take part in yacht competitions in the future.
He learned tools of the trade from his father, accompanying him on business trips since the age of 10. By the time he was 17, he even helped in preparing the company’s annual budgets.
He attended Babson College in Boston, Massachusetts, from where he received his Bachelor of Science degree in 1989. He then enrolled into Harvard Business School and earned his MBA degree from there in 1993.
Continue Reading Below
You May Like

Who Is The Most Popular BTS Member?
Career
Ernesto Bertarelli started his career with Serono in 1985, holding several positions in the sales and marketing departments of the company. He served as the deputy CEO for five years before succeeding his father as the CEO of Serono in 1996.
After his father’s death in 1998, he inherited ownership of the company alongside his sister Dona. He shifted focus of the company from pharmaceuticals to biotechnology, and by 2006, took the company's revenue from $809 million to $2.8 billion.
In 2000, he oversaw the listing of the company’s shares on the New York Stock Exchange. Serono was sold to Merck KGaA of Germany in early 2007 for $13.3bn, following which it became Merck-Serono. Both Ernesto and his sister got an estimated $4.5bn from the deal.
He served as a member of the board of directors of UBS AG, a Swiss global financial services company, from 2002 to 2009. Prior to that, he had been the Vice Chairman of the Board of Directors since 1991.
He is the chairman of the Waypoint Capital group, which focuses primarily on healthcare-focused investment fund through Gurnet Point Capital and asset management via Kedge Capital Group. While it is headquartered in Geneva, Waypoint has offices in London, Jersey, Boston and Luxembourg.
He is a member of the Strategic Advisory Board at Ecole Polytechnique Fédérale de Lausanne (EPFL), the Harvard Medical School Board of Fellows and Stanford Medicine Board of Fellows.
In 2013, along with Swiss billionaire Hansjörg Wyss, EPFL, and the University of Geneva, he bought the former Merck Serono site in Geneva to form Campus Biotech, which hosts research institutes and biotechnology companies.
Philanthropy
In 1998, Ernesto Bertarelli, along with his family, established the Bertarelli Foundation in memory of his father Fabio. It aims to bring in real change in the fields of marine conservation and life science research.
In 2010, the Bertarelli Foundation provided funding for the Chagos Island Marine Reserve in the Indian Ocean, which is the largest marine reserve in the world. It had a big impact in doubling the area of marine conservation from 0.5 percent to 1 percent.
Continue Reading Below
In 2012, the Bertarelli Foundation established a reserve around Belize's Turneffe Atoll. It is the world’s second-largest coral reef and is considered the world's most bio-diverse ecosystem with more than 500 species of fish thriving.
Sailing
In 2000, he set up the yachting syndicate Team Alinghi and started to take part in races with several smaller yachts named Alinghi. In 2003, racing under the colors of the Société Nautique de Genève, the team won the Louis Vuitton Cup and went on to win America's Cup by beating Team New Zealand.
The team successfully defended America's Cup in 2007, but lost it to the Golden Gate Yacht Club in 2010, following which it was announced that the team won't participate in the 2013 America's Cup. They have also won the Extreme Sailing Series three times in 2008, 2014 and 2016.
Major Works
Within a decade of taking over Serono, Ernesto Bertarelli more than tripled its revenue from $809 million in 1996 to $2.8 billion in 2006. On behalf of Bertarelli Foundation, he sponsored the marine reserve in Chagos, a joint research program in neuroscience between Harvard Medical School and EPFL, and the Swiss Sailing Grants in partnership with the Swiss Sailing Federation.
Awards & Achievements
Ernesto Bertarelli received 'Chevalier de la Légion d'honneur' from French President Jacques Chirac in 2003. The same year, Carlo Azeglio Ciampi, President of the Italian Republic, bestowed on him the 'Cavaliere di Gran Croce'.
In 2008 he was inducted into Babson College’s Academy of Distinguished Entrepreneurs. In 2013, he received an Honorary Doctorate of Marine Sciences from Plymouth University.
Personal Life & Legacy
Ernesto Bertarelli first met singer and former Miss UK pageant winner Kirsty Roper at a dinner party on his yacht off the coast of Sardinia in 1997. The couple got married in 2000 and has three children together: Chiara, Falco and Alceo.
He lives with his family in their estate in Gstaad, and also spends time in their house on the shores of Lake Geneva. On her 40th birthday, he gifted his wife Vava II, a 314-foot, £100 million yacht.
His mother has played a significant role in making Serono a global leader, supporting both her husband and her children. She currently lives in Gstaad, Switzerland, but also spends time in Italy where, together with her brother Claudio, she runs the Colle Massari vineyard.
Trivia
Ernesto Bertarelli's wife Kirsty wrote the song ‘I Wouldn’t Want To Be’ commemorating their budding romance. In 2000, the girl group All Saints reworked and recorded the song as ‘Black Coffee’ for their second studio album, ‘Saints & Sinners’.
Recommended Lists:
Miscellaneous #2838
You May Like

See the events in life of Ernesto Bertarelli in Chronological Order 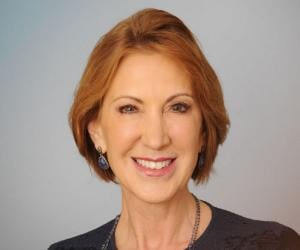