Eric Anthony Roberts is a popular American actor and brother of famous Hollywood star Julia Roberts. He is known for his work in films, such as ‘King of the Gypsies,’ ‘Wolves of Wall Street,’ ‘Runaway Train,’ ‘Deadline,’ and ‘Sicilian Vampire.’ Roberts began his career with ‘How to Survive a Marriage,’ an American television soap opera that ran on the NBC network. In 1978, he acted in his debut movie ‘King of the Gypsies,’ a drama film, where he played the lead role. The film, which was directed by Frank Pierson, turned out to be a huge hit, earning Roberts a nomination for the ‘Golden Globe Award’ for ‘Best Motion Picture Acting Debut.’ His next major work was in the 1983 American film ‘Star 80,’ which was directed by Bob Fosse. This film too was a success, and Roberts won the ‘Boston Society of Film Critics Award’ for ‘Best Actor’ for his brilliant performance. Later, he appeared in ‘Runaway Train,’ a drama thriller, for which he received two award nominations. Roberts has also made appearances in the famous American police crime drama series ‘CSI: Crime Scene Investigation,’ which was premiered on CBS network. 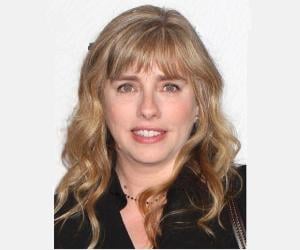 Roberts was raised with his sisters Julia Roberts and Lisa Roberts. His sisters grew up to become successful actresses. Because of their parents, Roberts and his sisters were exposed to the theatre scene early on. They grew up amidst actors, which had a great effect on them.

As a child, Eric used to stutter, though he spoke well when he memorized speeches and delivered them.

Eric started acting at an early age; he appeared in a local morning TV show named ‘The Little Pioneers.’ His parents divorced in 1972, leading to a lot of problems in his life, which eventually led to substance abuse.

Eric Roberts started appearing in the soap opera ‘Another World’ in 1977. Though the show was a success and earned him popularity, he did not enjoy the job.

Later, he was discovered by agent Bill Treusch, who helped him land his first film role in the movie ‘King of the Gypsies.’ The film, which was directed by Frank Pierson, turned out to be a hit, and earned Roberts his first award nomination.

He appeared in the lead role in ‘Raggedy Man,’ a 1981 American drama film. However, he met with a car accident soon after, which left him not just with broken bones, but also with injuries on his face which changed his looks to an extent.

The change in his looks also led to a change in the kind of roles he was offered. He started playing mostly villainous roles, one of which was his famous role in the 1983 film ‘Star 80.’ The film earned him the ‘Boston Society of Film Critics Award’ for ‘Best Actor’ as well as two other award nominations.

He has also appeared in films like ‘The Expendables,’ a 2010 American action movie directed by Sylvester Stallone. The film, which was the first installment of ‘The Expendables’ film series, also starred popular actors, such as Jason Statham, Randy Couture, Terry Crews, and Steve Austin.

The film received mixed reviews. While the action scenes were appreciated, the lack of a good story was criticized. However, it turned out to be quite successful commercially, opening at number one at the US box office. Its sequels ‘The Expendables 2’ and ‘The Expendables 3’ were released in 2012 and 2014 respectively.

Eric Roberts appeared in the lead role in ‘Deadline,’ a 2012 American mystery drama film. The story focuses on the murder of an African American youth which goes unsolved for a very long time. It also starred actors, such as Steve Talley, Anna Felix, Lauren Jenkins, and J.D. Souther.

His supporting role in the American legal drama TV series ‘Suits’ is one of his most significant works in television. The show, which started airing in 2011, was quite successful, earning several award nominations. Roberts appeared as ‘Charles Forstman’ from 2014 to 2019.

In 2019, he was seen in two TV films, namely ‘Stalked by My Doctor: A Sleepwalker's Nightmare’ and ‘The Wrong Mommy.’ He was also seen in a couple of TV series, such as ‘Those Who Can't’ and ‘La Reina del Sur.’

'Star 80,' an American film about the brutal murder of a model, was one of the most important films in Eric Roberts’ career. Filmed in Vancouver, Canada, and Los Angeles, USA, ‘Star 80’ was directed by Bob Fosse. It also starred actors, such as Mariel Hemingway, Cliff Robertson, and Carrol Baker. Roberts’ amazing performance won him the ‘Boston Society of Film Critics Award’ for ‘Best Actor.’

His role in the 1985 American thriller drama film ‘Runaway Train’ was one of his significant works. Directed by Andrei Konchalovsky, and starring actors, such as Jon Voight, Rebecca De Mornay, and John P. Ryan, the film narrated the story of two escaped convicts and a female railroad worker who get stuck on a runaway train. Roberts’ performance earned him a nomination for the ‘Academy Award.’

Eric Roberts was in a relationship with Kelly Cunningham in the early-1990s and had a daughter with her. The couple broke up later, which was followed by an ugly custody battle, in which Roberts lost. Their daughter Emma Roberts later became an actress.

His sister Julia Roberts sided with his girlfriend during the custody battle, which ruined the relationship between the siblings. However, in 2004, the siblings decided to mend their relationship.
In 1992, he married Eliza Garrett.
Roberts is also an avid supporter of animal rights and leads a vegan lifestyle.

He was arrested in 1987 for drug possession and resisting arrest. He was once again arrested in 1995 for physically abusing his wife Eliza Garrett. After this, he announced that he would give up drugs.

See the events in life of Eric Roberts in Chronological Order