(Best Known for Her Role as ‘Dr. Temperance Brennan’ in the TV Series ‘Bones’)

Emily Erin Deschanel is an American actress and producer well-known for essaying the role of ‘Dr. Temperance Brennan’ for more than a decade in the American crime procedural drama TV series ‘Bones.’ Coming from an upper middle class family with both her parents associated with the film and entertainment industry, Deschanel followed in their footsteps and ventured into the field after acquiring a Bachelor of Fine Arts in Theater from the ‘Boston University.’ Starting her acting career with films in the early-1990s and eventually venturing into TV, her rich body of work includes several films, short films, TV series, and documentary. Her most notable role till date is that of ‘Dr. Temperance Brennan’ from ‘Bones.’ The role garnered her decent fame and popularity apart from several award nominations, including ‘Teen Choice Awards,’ ‘Satellite Awards,’ and ‘People's Choice Awards.’ Her other notable works include films like ‘Spider-Man 2,’ ‘Glory Road,’ and ‘The Perfect Family.’ She is also known for her performance in TV series like ‘Rose Red’ and ‘Providence’ among others. On the personal front, she is happily married to American actor, screenwriter, and producer David Hornsby, with whom she has two adorable sons, namely Henry Lamar and Calvin. Emily was born on October 11, 1976, in Los Angeles, California, US, in an upper middle class family, to Caleb Deschanel and Mary Jo Deschanel (née Weir).

Both her parents are associated with the world of film and television. Her father is a cinematographer and director, while her mother is an actress who has made her mark in both films and TV.

Her younger sister Zooey Deschanel is also a renowned American actress and singer-songwriter.

Deschanel comes from a mixed ancestry of French, Irish, Dutch, Swiss, and English.

Thereafter, she attended ‘Boston University’ from where she completed the ‘Professional Actors Training Program,’ graduating with a Bachelor of Fine Arts degree in Theater.

She made her feature film debut in 1994 with the Nicolas Cage and Bridget Fonda starrer American romantic comedy-drama ‘It Could Happen to You.’ Deschanel played the role of an animal rights activist in the film.

In 2000, she played ‘Maggie’ in a short film titled ‘It's a Shame About Ray.’ The year that followed saw her essaying the role of ‘Maude Allyn’ in the television movie ‘The Heart Department.’

She then played ‘Pam Asbury,’ a lecturer and host of Psychic TV, in the Stephen King scripted TV miniseries ‘Red Rose.’ She appeared in three of its episodes in 2002.

In 2002, she also portrayed ‘Cassie Germaine’ in the American police procedural crime-drama TV series ‘Law & Order: Special Victims Unit.’ She played the role in the 17th episode of its third season. She also played ‘Annie Franks’ in the drama series ‘Providence’ in two of its episodes titled ‘Cloak & Dagger’ and ‘The Eleventh Hour.’

She played ‘Laura Harris’ in Jane Weinstock’s directorial debut ‘Easy’ in 2003. She also portrayed ‘Sam’ in the TV movie ‘The Dan Show,’ which released the same year.

One of her notable roles is that of ‘Mrs. Morgan’ in the 2003 blockbuster American epic war drama film ‘Cold Mountain,’ which starred Nicole Kidman and Jude Law among others.

In 2004, she played ‘Rosanna Travis’ in the April 9th-released American war film ‘The Alamo.’ She also appeared as a receptionist in the June-released super hit film ‘Spider-Man 2,’ starring Tobey Maguire and Kirsten Dunst. That year, she was also featured in a short film titled ‘Old Tricks’ and in the episode ‘All the News Fit to Print’ from the TV series ‘Crossing Jordan.’

‘Interview’ magazine named her among the ‘six actresses to watch’ in 2004.

She started the year 2005 with the starring role of ‘Kate Houghton’ in the Stephen T. Kay-directed New Zealand-American supernatural horror film ‘Boogeyman.’ Although the film received negative critical reviews, it became a smashing hit at the box-office. That year, she was also featured in two short films, namely ‘That Night’ and ‘Mute.’

Deschanel’s popularity increased when she landed a role in the American crime procedural drama TV series ‘Bones’ that started airing on Fox from September 13, 2005. The series ended on March 28, 2017 after completing 12 seasons comprising 246 episodes.

‘Bones’ was created by Hart Hanson and was loosely based on the career and novels of American crime writer, academic, and forensic anthropologist Kathy Reichs.

Her remarkable performance in ‘Bones’ not only earned her much acclaim and popularity but also a number of nominations for ‘Teen Choice Awards’ and ‘People's Choice Awards.’ She also earned a ‘Best Actress – Television Series Drama’ nomination at the 2006 ‘Satellite Awards.’

Beginning from the third season of ‘Bones,’ Deschanel and Boreanaz became the co-producers of the series. Thereafter, they served as producers from the middle of its fourth season.

Meanwhile in 2006, she essayed the role of ‘Mary Haskins’ in the Josh Lucas starrer American sports drama film ‘Glory Road,’ which became a commercial success. The following year, she was featured as ‘Maggie’ in the short film ‘The Diagnosis.’

She played ‘Dr. Farquad’ in the Cameron Diaz starrer American drama film ‘My Sister's Keeper,’ which released on June 26, 2009.

She was one of the hundred narrators of the documentary film ‘Unity’ that discusses the transformation of humanity. The documentary, which was released worldwide on August 12, 2015, was narrated by artists, actors, filmmakers, musicians, entertainers, authors, athletes, businessmen, and military personnel.

Well-known for her portrayal of ‘Dr. Temperance Brennan’ in ‘Bones,’ Deschanel went on to reprise the character in single episodes of other series as well; she was seen playing ‘Dr. Brennan’ in an episode titled ‘Dead Men Tell No Tales’ in ‘Sleepy Hollow’ (2015) and in the episode ‘Love And/Or Marriage’ in ‘BoJack Horseman’ (2016).

She voiced a character in an episode titled ‘Bart’s Not Dead’ for the animated sitcom ‘The Simpsons.’ She then joined the cast of the TNT drama series ‘Animal Kingdom’ where she played the recurring role of ‘Angela’ in the fourth season. Subsequently, she became part of the main cast of the series.

She is a vegan and a dedicated advocate of animal rights. She narrated the documentary ‘My Child Is a Monkey’ and remained an associate producer of yet another show titled ‘How I Became an Elephant.’

In pursuit of promoting regular screening of breast cancer for the charitable program ‘Stand Up 2 Cancer,’ she along with Katharine McPhee, Minka Kelly, Jaime King, and Alyson Hannigan developed a video slumber party that featured on ‘FunnyorDie.com.’

Deschanel, along with Boreanaz and the executive producers of ‘Bones,’ filed a lawsuit against Fox in 2015 for denying them financial benefits for the books that they wrote based on the series. In February 2019, they won the case and an arbitrator awarded them $179 million.

See the events in life of Emily Deschanel in Chronological Order 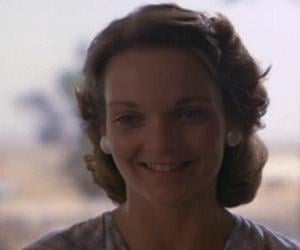