Mary Jo Deschanel is an American actress known for her role in David Lynch’s masterpiece ‘Twin Peaks’. Born amidst the sparkle of a city that Los Angeles is, she started her career in TV, and made her acting debut in the film adaptation of a successful novel titled ‘The Right Stuff’ in 1983. After doing a few more roles, she somehow got lost in obscurity and even though she kept making appearances in films and TV shows sometimes, but she remained away from the limelight for the most part. She did movies such as ‘2010’, a science fiction film which released in 1984. In the 90s, when David Lynch, the master of mystery thriller films, decided to make a TV series, he gave Mary a very crucial role of Eileen Hayward, a woman on wheelchair, whose cause for being handicap wasn’t ever explained. The surreal and terrific series worked with the audience and Mary became a household name. The next big thing to happen to her was a role in Mel Gibson starrer ‘The Patriot’ in 2000, and very recently she was seen in ‘Ruby Sparks’. Cause of Death: University Of California, Los Angeles 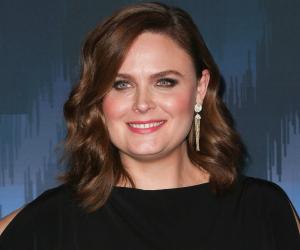 American People
California Actresses
American Actresses
Sagittarius Actresses
Actresses Who Are In Their 70s
Childhood & Early Life
Mary Deschanel was born Mary Jo Weir in California in a very affluent family with a strong footing in Hollywood on November 25th 1945. Brought up in Los Angeles, it wasn’t very difficult for her to grow an inclination towards the showbiz industry.
She was initially sceptical about her future though, and did her early schooling and higher education from California. Down the line, while in college, she did some plays and that got her interested in acting and slowly she got really serious about her career and started auditioning for TV shows in the mid 60s.
Her family had a mixture of Irish, French, Swiss, Dutch and English ancestry. This played a major role in shaping up her mindset later in a way, as she was exposed to the American way out of her house while inside the household it was all European vibe.
She struck gold early in her career and started appearing in Television shows and somehow became one of the most popular TV character actresses. Her gorgeous looks made her a diva among the TV stars, and it wasn’t very difficult for her to find a sure shot footing in Hollywood.
Continue Reading Below
You May Like

The Most Popular US Veterans
Career
After going through several auditions, Mary finally bagged a role in ‘Run for your Life’, a TV series which started airing in mid-60s, a time when neo-noir mysteries were in trend. The series followed the life of a man who comes to know that he has a limited time remaining to live and he sets out to do everything he couldn’t do all those years due to family and career.
‘Run for your Life’ got a warm reception and the actors received a lot of appreciation for their roles and it helped Mary bag another role in ‘High Chaparral’, where she played Ann, in 1968. The series was a moderate success but Mary was getting recognized for all the right reasons.
Thereafter, she played a small role in ‘The Wild Racers’ and went on to do ‘Lancer’ and ‘Here Comes the Bride’ in the next couple of years. This phase was quite frustrating for her as she wasn’t being able to get the roles that would showcase her prowess as an actor. She desired something different and that difference came in form of a TV movie ‘Anatomy of a Crime’, it was a crime drama and Mary played the role of Marcie, which was not the main character, but she had enough screen space to get herself noticed.
Even ‘Anatomy of a Crime’ couldn’t do anything major for her, and Mary decided to take a break from acting to focus on her marriage and personal life. She eventually made a solid comeback in 1983 with film ‘The Right Stuff’, as she managed to get a role in the science fiction film, which revolved around a space expedition to Mercury, in which Mary played an astronaut’s wife, Annie Glenn.
Her next film role was a reflection of Annie’s character from the earlier film and in the 1984 movie ‘2010’ she played Betty Fernandez, Dave Bowman’s wife, who happens to be one of the astronauts on a Jupiter mission. Ever since its release, the film has gained a cult following.
She went on to play some ‘not so significant’ roles in further TV movies such as ‘A winner Never Quits’ and ‘Cameo by Night’, which did nothing worthwhile for her career. But there were a few secret admirers of her work, including David Lynch, already a cult director by the early 90s and when he announced the TV series ‘Twin Peaks’, he cast Mary for the role of Eileen Hayward, a wheelchair clad woman, just another unusual character from plethora of them in the series. The series started in 1990 and ran for two full seasons, helping Mary exhibit her acting prowess stupendously.
The series became a rage among the TV audience and Mary received widespread praise for her portrayal in the murder mystery, which revolved around the murder of a free-living teenager named Laura Palmer. When David Lynch decided to make a film based on the TV series titled ‘Twin Peaks: Fire Walk with me’, Mary was one of the first actors to get signed on to reprise their roles from the series. But sadly enough, due to the issues with length of the film, her character was removed from the final cut.
Towards the end of 90s, she played Victoria Ross in the TV series ‘JAG’ and later in 2000, she appeared in Mel Gibson starrer film ‘The Patriot’, where she played a supporting role as Mrs. Howard. The film was a major commercial and critical success and helped Mary in bagging further roles in ‘Law and Order’ and ‘House’. Although she was good at what she did and even after having so many great roles to her credit, Mary never quite became a mainstream actress that she desired.
She was later seen in ‘Breach’ and ‘My Sister’s Keeper’, and ‘Ruby Sparks’ as an unnamed female professor. In 2014, when David Lynch decided to bring the magic of ‘Twin Peaks’ back into the American television for a third season, he approached Mary to revive her role. The series premiered in May 2017 and just like its predecessors, the critics and the audiences had nothing but praises for the series and the actors.
Personal Life
While acting in TV series’ back in the early 70s, Mary met Caleb Deschanel, a cinematographer who has been nominated for 5 academy award nominations for his brilliant cinematography. The attraction developed on the sets and they dated for some time, before getting married in 1972. The couple had two daughters, Emily Dechanel and Zooey Deschanel, born in 1976 and 1980 respectively. Being from a film-family, both the daughters later went on to make a careers in films and TV and eventually became successful actresses.
You May Like