Emeraude Toubia is a Canadian actress best known for her work in the Freeform fantasy series Shadowhunters, and Venevisión telenovelas Cosita linda, and Voltea pa' que te enamores. She is also an accomplished model and dancer. A Montreal native, she grew up in Texas and has always been interested in performing. Since she was a child, she had been trained in various dance forms. When she was 15 years old, she began competing in beauty pageants. In 1999, she made her first on-screen appearance in Televisa's children's program El Mundo de los Niños. Toubia garnered significant fame in 2008, when she took part in the second season of the Univision beauty pageant series Nuestra Belleza Latina. She made her acting debut in 2010, portraying a receptionist in an episode of Telemundo’s telenovela Aurora. In 2015, she appeared in her first film the action-drama Tattooed Love. For her performance in Shadowhunters, Toubia was nominated for the Teen Choice Awards for Choice TV Actress: Fantasy/Sci-Fi in 2017 and 2018. 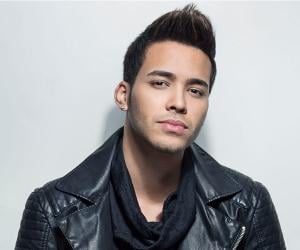 When Emeraude Toubia made her debut debuted on the small screen, in 1999, at the age of 10, in Televisa's children's program El Mundo de los Niños. In 2008, she became widely known after being chosen to take part in the second season of the Univision beauty pageant series Nuestra Belleza Latina, where she received extremely thorough and careful training in acting, presenting, dancing and other activities. In the season finale, she was named the runner-up after an audience poll. In the ensuing years, she has taken parts in commercial campaigns for brands like Maybelline, J. C. Penney, Sony, Garnier, and AT&T.

In 2009, Emeraude Toubia took part in the second season in NuvoTV’s reality competition show Model Latina finishing in fifth place. Appearing in three episodes, she was the 11th person to be eliminated. Between 2011 and 2013, she hosted several NBC Universo music and entertainment shows, including The Arena, 18 & Over, and mun2POP. She served as a co-presenter of the mun2 red carpet special for the 2013 Billboard Latin Music Awards.

In 2010, Toubia made her debut as an actress by playing a receptionist in the pilot episode of the American Spanish-language telenovela Aurora. Created by Argentine writer Marcela Citterio, the show aired on Telemundo between November 1, 2010, and May 20, 2011.

She was then cast as Elizabeth in the Mexican youth telenovela 11-11: En mi cuadra nada cuadra, which was broadcast on Nickelodeon Latin America from June 3 to September 13, 2013. The series also starred Patricio Gallardo, Thali García, Karla Cervantes, and Reinaldo Zavarce and was created by Luis Llosa and Pablo Vásquez. For her role, Toubia received training from Academy Award-nominated actress Adriana Barraza.

In 2014, she appeared in the episode, Conoce en la perfumeria, of Venevisión's telenovela Cosita linda, portraying a character named Dulce Rincón. A year later, Toubia landed the role of Stephanie Karam in the Univision-Venevisión telenovela Voltea pa' que te enamores. The show was based on the Venezuelan telenovela of the same name that aired between 2006 and 2007. In 2015, Toubia made her first cinematic appearance in Alejandro Antonio and Alberto Portillo’s action-drama Tattooed Love.

Based on the popular young-adult book series The Mortal Instruments by Cassandra Clare, the Freeform series Shadowhunters tells the story of Clary Fray (Katherine McNamara), who, following the disappearance of her mother, embarks on a journey that leads her to a world of fantastical creatures, magic, and horror. Toubia’s character, Isabelle "Izzy" Sophia Lightwood, is a Shadowhunter and becomes a friend of Clary. The show was the second adaptation of the book series. In 2013, a film named The Mortal Instruments: City of Bones was released with Anglo-French actress Jemima West portraying Isabelle.

In 2016, Toubia appeared in the music video for Prince Royce’s track Culpa al Corazón. In 2019, she played Alana in the telefilm Love in the Sun.

Born on March 1, 1989, in Montreal, Quebec, Canada, Emeraude Toubia is the only child of a Mexican mother and Lebanese-American father. She grew up in Brownsville, Texas in a diverse household. Her mother, Mirta Sonia (née Solis), is originally from Ciudad Victoria, Mexico. Toubia’s paternal grandparents used to reside in the Koura District, Lebanon.

When Toubia was five years old, she started receiving lessons in various dance forms, including classical ballet, flamenco, lyrical, and belly dance. Her love for the stage turned her into a beauty queen. She took part in her first beauty pageant at age 15 and went on to win Miss South Texas, Miss Rio Grande Valley America, and Miss Teen Brownsville.

Emeraude Toubia is an active member of her community and is affiliated with several charity initiatives, including Toys for Tots and Make-a-Wish Foundation. At the children’s hospital in her hometown, she helms the "Queen for a Day" program. As part of the Get Schooled non-profit organization, she met the students of Middle College High School in San Bernardino, California on May 26, 2016, and served as their "celebrity principal" for the day.