Ella Purnell is an English actress best known for playing MacKenzie in the independent film ‘WildLike’ for which she won multiple ‘Best Actress’ awards at various film festivals. She is also known for appearing in the movies ‘Never Let Me Go’, ‘Home for Peculiar Children’, ‘Maleficent’ and ‘Churchill’. Currently, she is portraying the lead role in the TV series ‘Sweetbitter’. Born and raised in London alongside her three half-brothers, Purnell has been passionate about acting from her childhood itself. At the age of 12, she was cast in the West End production of the musical ‘Oliver!’ while she was training at the Sylvia Young Theatre School. Since then, the actress has continued to act in various small and big screen projects. A graduate of Forest School, Purnell is a very charming and sweet girl. She has an impressive personality and sharp features. She is especially known for her distinctive large brown eyes.When it comes to her social media status, her fan following is in millions. Ella Balinska
Actresses #1138
Film & Theater Personalities #2623
DID WE MISS SOMEONE?
CLICK HERE AND TELL US
WE'LL MAKE SURE
THEY'RE HERE A.S.A.P
Quick Facts

British People
Virgo Actresses
British Actresses
Actresses Who Are In Their 20s
Women Film & Theater Personalities
Career
Ella Purnell got her first major acting role in 2008 when she beat several other girls for a role in the musical ‘Oliver!’ that premiered at the Theatre Royal in London. After this, she appeared as Young Ruth in the feature film ‘Never Let Me Go’ in 2010. The following year, she played Kayleigh in the drama flick ‘Ways to Live Forever’. Purnell also got featured as Mia in the horror movie ‘Intruders’ the same year.
She next acted in the feature film ‘Kick-Ass 2’. In 2014, she had a main role in the independent flick ‘WildLike’. Ella Purnell won multiple Best Actress awards for her role in this movie. She received these awards at the Los Angeles Independent Film Festival, the Myrtle Beach International Film Festival, the Twister Alley International Film Festival, and the Richmond International Film Festival.
The English actress portrayed the character of a teen Maleficent in Disney's ‘Maleficent’ in the year 2014. Soon after this, she did the TV film ‘Cyberbully’. In 2016, Purnell served as a body double for the character of Young Jane Porter in ‘The Legend of Tarzan’. A year later, she appeared as Helen Garrett in the war film ‘Churchill’. She then had a role on the TV series ‘Ordeal by Innocence’. Currently, the English beauty plays the lead role of Tess in the American drama ‘Sweetbitter’.
You May Like

British Film & Theater Personalities
British Female Film & Theater Personalities
Virgo Women
Continue Reading Below
Personal Life
Ella Purnell was born on 17 September 1996 in London, England, the United Kingdom. She has three half-brothers from her father’s other relationships. She attended City of London School for Girls and then studied at Forest School. She also studied singing, dance, and acting at Sylvia Young Theatre School. The actress was a student at the Young Actors' Theatre Islington as well. Her parents are very supportive of her acting ambitions and have always encouraged her to pursue her dreams.
Currently, she resides with her mother. Information regarding Purnell’s love and dating life is unknown. 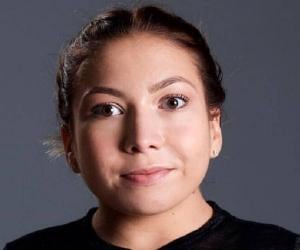 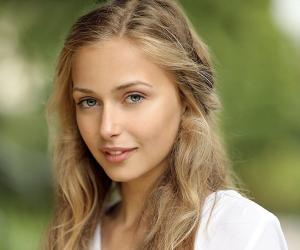