Ella Mai is a British singer and songwriter who is best known for her single ‘Boo’d Up’ from her EP ‘Ready.’ Born and raised in London, she moved with her family to New York when she was 12 years old. In 2014, she appeared on the music reality show ‘The X Factor’ but could not go beyond the initial stages. She then took to social media to publish her music. She used ‘SoundCloud’ to put her music online and released small video clips on ‘Instagram.’ Slowly, the trick worked and she was noticed by DJ Mustard, who then offered her a contract with ‘10 Summers Records.’ In early 2016, she released her debut EP, ‘Time,’ with the label. She then released the EPs ‘Change’ and ‘Ready.’ ‘Boo’d Up,’ a single from the third EP, became a major hit and peaked at the fifth spot on the ‘Billboard Hot 100’ chart. In 2018, she was even nominated for an ‘MTV Video Music Award.’ This helped her boost her career in the music industry. In 2018, Ella announced that she was working on her debut album and it could be released in October 2018.
Continue Reading Below 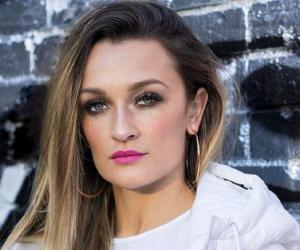 British People
Women Singers
Scorpio Singers
British Singers
British Women Singers
Childhood & Early Life
Ella Mai was born on November 3, 1994, in London, England, to a Jamaican mother and an Irish father. She spent her initial years in Mitcham, a place in southern London. Her mother was her biggest inspiration during her adolescence. She became addicted to old classical jazz tunes that her mother played often. Unaware that it would someday become her burning passion, Ella became addicted to music.
Her mother was a teacher, and that helped Ella with her academics to some extent. As a child, Ella always showed interest in singing and other performing arts. She was also an extroverted child. This made her mother enrol Ella at a performing arts school. There, she was trained in acting, dance, and vocals.
Her mother’s job had her frequently moving from place to place. When Ella was 12 years old, her mother got transferred to a school in New York. Thus, Ella stepped into the US for the first time in her life. Initially, she was bullied for her accent and looks, and that turned her into an introverted child.
During her years in New York, she deviated from music for a while and concentrated on playing soccer. She played soccer back in London, too.
By the time she graduated, Ella had developed a significant interest in music and had started writing her own songs. She stayed in New York until her graduation and then moved back to London.
Immediately after returning, Ella got herself enrolled at a local music college and started honing her music skills. By then, she was sure that she wanted to become a musician. However, the road to her dreams was not easy.
Continue Reading Below
You May Like

The Best Black Actresses Of All Time
Early Career
In 2014, at the age of 20, she got in touch with a few like-minded girls and joined a music crew named ‘Arize.’ The trio planned hard for the 11th season of the music reality show ‘The X Factor’ and auditioned for it. They sang their cover of a melodious song. Although their performance was fairly good, they could not go beyond the audition stage.
Following this massive failure, the group parted ways and Ella once again started from scratch. She began recording and writing her own songs. She also produced some of her music, with a little help from DJ Kam1, her music producer friend in New York.
She recorded a few songs and collected them in an EP titled ‘Troubled,’ which was uploaded on ‘SoundCloud.’ However, ‘SoundCloud’ did not bring her enough fame. Soon, she started uploading small clips of her covers of songs by Drake and Kanye West on ‘Instagram.’ This helped her become an ‘Instagram’ celebrity.
DJ Mustard was a big name in the US underground music scene, and he had been following Ella’s music for quite some time. Finally, in August 2015, he contacted her via ‘Instagram.’ Ella’s life changed soon.
Professional Career
DJ Mustard owned a record label named ‘10 Summer Records,’ which was an imprint of ‘Interscope Records,’ one of the biggest American record labels. She was offered a contract with the label. She had limited studio experience, but her natural talent helped her get in touch with some truly talented record producers when she arrived in Los Angeles.
She started working under the mentorship of DJ Mustard and released her debut EP, ‘Time,’ in February 2016. The EP was produced by DJ Mustard, who also guided her on the lyrical and other aspects of music production. The EP contained six songs and was 20 minutes in length, which was considered to be a short duration for an EP. However, the EP generated a fairly positive response and this motivated Ella to continue her music career.
‘Time’ became an underground hit. It belonged to the R&B genre and was appreciated for its fresh music and lyrics. Following its success, Ella started recording her second EP.
Ella took a long time to come up with her sophomore EP, ‘Change,’ and released it in November 2016. Several songs in the EP were produced by DJ Mustard, with Twice as Nice also contributing to it. This EP was 18 minutes long, shorter than the first one, and consisted of five singles.
The EP reached the eighth spot on the ‘US Top Heatseekers’ chart. It also reached number 20 on the ‘US R&B Albums’ chart and number 38 on the ‘Top R&B/Hip-Hop Albums’ chart. Soon, Ella started working on the final EP in the trilogy, which finally catapulted her to a much wider fame.
In February 2017, she released the EP ‘Ready.’ It became an instant success soon after its release. Produced by DJ Mustard, the EP peaked at the third spot on the ‘US R&B Albums’ chart. It remained within the top 30 of many other R&B and hip-hop charts. The album was 21 minutes long and consisted of six songs.
Several critics appreciated the album for its bold approach toward love and the fresh music produced by DJ Mustard. One of the songs from the EP, ‘Boo’d Up,’ became a youth anthem. On April 26, 2018, Ella released the official video of the song on her ‘Vevo’ channel. The video garnered more than a million “views” within just a few days of its release. The song aced the ‘US Hot R&B Songs’ chart.
Thrilled by the success of her EP trilogy, Ella announced that her self-titled debut album would release in October 2018.
Personal Life
Ella Mai has been known for her soulful songs that speak of heartbreaks. However, she is highly secretive about her relationships and has not made any of her relationships public yet.
Ella considers herself a tomboy and says that she is the least feminine girl anybody would ever find.

See the events in life of Ella Mai in Chronological Order 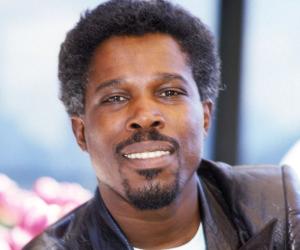 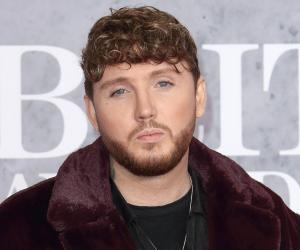