Advanced Search
El Cid was a Castilian knight and warlord in medieval Spain who earned the title while leading the Moorish forces of Zaragoza, and was known as 'El Campeador' to the Christian armies he led. He was raised in the court of King Ferdinand the Great and served his successor, Sancho II, under whose rule he became the commander and royal standard-bearer of Castile. He helped Sancho against his brothers, Alfonso VI of León and García II of Galicia, and the Muslim kingdoms in Al-Andalus, until Sancho was assassinated. He subsequently served Sancho's brother Alfonso, but his power was reduced significantly, and he was later exiled in 1081. He then became a mercenary captain for the Muslim rulers of Zaragoza before being called back by Alfonso when the Almoravid Berbers invaded the Peninsula in 1086. In 1094, he defeated the invaders and became the ruler of Valencia, which he ruled peacefully until his death in 1099. Spanish People
Male Leaders
Spanish Leaders
Spanish Military Leaders
Childhood & Early Life
El Cid was born as Rodrigo Díaz in c.1043 AD in the small town Vivar about six miles north of Burgos, the capital of Castile. His father, Diego Lainez, was a courtier, bureaucrat, and cavalryman, who had fought in the battle at Atapuerco in 1054, and his mother, was a niece of the Castilian diplomat Nuño Alvarez de Carazo.
After his father's death in 1058, he was sent to the court of Ferdinand I in Castile, then part of León, to be the ward of Ferdinand's eldest son Sancho, the future Sancho II. He presumably received a formal education and was trained, possibly by count Pedro Ansurez, in the use of arms, horsemanship, and the art of the chase.
Continue Reading Below
Career in Castile & LeÃ³n
As a teenager, El Cid had fought against the Moorish stronghold of Zaragoza in 1057, following which its emir al-Muqtadir became a vassal of Sancho. He subsequently accompanied al-Muqtadir and the Castilian troops in the Battle of Graus in the spring of 1063, against Ferdinand's half-brother, Ramiro I of Aragon, who was killed in the battle.
El Cid was made the commander and royal standard-bearer (armiger regis) of Castile at the age of 22, after Sancho succeeded to the Castilian throne in 1065. He helped Sancho conquer both Christian strongholds and the Moorish cities of Zamora and Badajoz, and was sent to bring back his brother Alfonso, who was planning on overthrowing Sancho.
Nevertheless, Sancho was assassinated in 1072, and because he was unmarried and childless, Alfonso returned from exile in Toledo and took his seat as King of Castile and León. El Cid and the Castilian nobility forced him to swear publicly on holy relics multiple times in front of Santa Gadea Church in Burgos that he was not involved in the assassination plot.
Alfonso, who had personal animosity towards El Cid, took away his position as armiger regis and gave it to his rival, Count García Ordóñez. El Cid also often publicly humiliated powerful men, who turned the king against him through court intrigue.
In 1079, while in the court of al-Mutamid to collect tribute to León-Castile, he repulsed the attack of Emir Abdullah of Granada and his ally García Ordóñez at the Battle of Cabra. In 1080, he was involved in another unauthorized expedition into Granada, which angered the king, who sent him into exile the following year.
Moorish Service & Independent Rule
During exile, El Cid was first refused by Ramon Berenguer II in Barcelona, following which he journeyed to the Taifa of Zaragoza and offered his services to the Moorish king Yusuf al-Mu'taman ibn Hud. He fought as a mercenary captain for the Huddid dynasty throughout the decade and engineered significant victories against Ramon Berenguer II in 1082 and King Sancho Ramirez of Aragon in 1084.
In 1086, the Berber Almoravids invaded the Iberian Peninsula to defend the divided Moors from Alfonso, and defeated a combined army of León, Aragón and Castile, prompting Alfonso to recall El Cid. He returned to Alfonso, but after a while, went back to Zaragoza without involving himself in the war between the Almoravids and Alfonso, probably in the hope that both the armies will be weakened.
By this point, he had his eyes on becoming the ruler of the Kingdom of Valencia, which he soon attacked with a combined Christian and Moorish army. He defeated and captured Berenguer Ramon II in the Battle of Tébar in May 1090, following which his nephew Ramon Berenguer III ransomed him and married El Cid's daughter Maria to avoid further conflicts.
In 1092, he began the siege of Valencia, which ended in May 1094, when El Cid had established his principality on the Mediterranean coast, even though he officially ruled in the name of Alfonso. He defended two attacks from the Almoravid armies in 1094 and 1097, and died in his home on July 10, 1099, amidst another siege attempt by the Almoravids.
Family & Personal Life
El Cid was enamored by the beauty of Jimena Díaz, daughter of a Count Diego Fernández de Oviedo and Alfonso's niece. He married her in July 1074. They had a son named Diego Rodríguez and two daughters named Cristina and María Rodríguez.
Diego Rodríguez was killed while fighting against the invading Muslim Almoravids at the Battle of Consuegra in 1097, which his father eventually won. Cristina was married to Ramiro, lord of Monzón and bastard descendant of kings of Navarre, and María first married Infante of Aragon before marrying Ramón Berenguer III, count of Barcelona.
After El Cid's death, his widow was forced to seek help from King Afonso and fled to Burgos with his body, which was buried in Castile in the monastery of San Pedro de Cardeña. She ruled as Lady of Valencia until 1102 when Alfonso VI, realizing the impossibility of defending it, set fire to the city and abandoned it to the Almoravids.
Trivia
Among the various legends about El Cid, one maintains that upon his death, his body was fitted with his armor and strapped on to his horse Babieca, to bolster the morale of his troops. His army led a devastating charge against the besiegers and won the battle, even though the war was already lost.

See the events in life of El Cid in Chronological Order 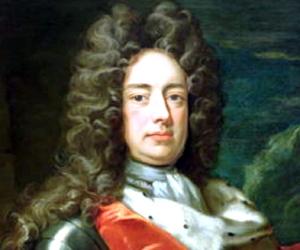 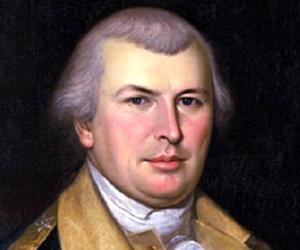