Advanced Search
Edward Norton is an American actor and filmmaker known for his roles in movies, such as ‘Primal Fear’, ‘The Illusionist,’ and ‘The Incredible Hulk’. He also directed the American romantic comedy film ‘Keeping the Faith’. He made his film debut with an important role in the crime thriller film ‘Primal Fear’, where he played an altar boy charged of murdering an archbishop. The role earned him his first Oscar nomination in the category of ‘Best Supporting Actor’, as well as the Golden Globe Award in the same category. Two years later, he played the lead role in the crime drama film ‘American History X’ which earned him his second nomination for the Oscar in the ‘Best Actor’ category. Over the years, he appeared in many films such as ‘Red Dragon’, ‘The Illusionist’, ‘The Incredible Hulk’, and ‘Moonrise Kingdom’. He earned his third Oscar nomination for his main role in the black comedy film ‘The Birdman’. Other than his work in cinema, Norton is known for his environmental and social activism works as well. In 2010, he was designated as the UN’s Goodwill Ambassador for Biodiversity. Norton has also served as a producer in a few of his movies. 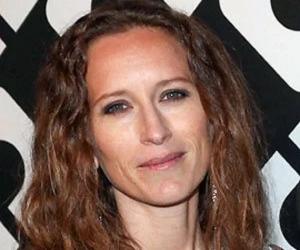 American People
American Men
Massachusetts Actors
Yale University
Tall Celebrities
Childhood & Early Life
Edward Harrison Norton was born in Boston, Massachusetts, in the US on 18th August 1969. His father was Edward Mower Norton Jr. who had served in Vietnam as a marine lieutenant, and later became an environmental lawyer, conservation advocate, and a federal prosecutor. His mother was Lydia Robinson, an English teacher. Norton also has two younger siblings named Molly and Jim.
Norton developed an interest in acting at an early age and actively participated in his high school productions. He later went to the Yale University, from where he graduated with a degree in history.
He then moved to Japan where he worked for his grandfather’s company ‘Enterprise Foundation’ for a few years. He returned to New York in 1994 and decided to pursue a career in acting.
Continue Reading Below
Career
After appearing in several Broadway productions, Edward Norton made his film debut with an important role in the 1996 crime thriller film ‘Primal Fear’. Directed by Gregory Hoblit, the film was a commercial success, earning nearly thrice its budget. Norton was nominated for the Academy Award for Best Supporting Actor for his performance and he also won the Golden Globe Award in the same category.
Norton was next seen in Woody Allen’s musical comedy film ‘Everyone Says I Love You’. Though the film was well-received by critics, it was a commercial failure. He was then seen in the films ‘The People vs Larry Flint’ and ‘Rounders’. The former was a commercial failure while the latter was a success.
He played the lead role in the 1998 crime drama film ‘American History X’. He received his second Oscar nomination in the category of ‘Best Actor’ for this role.
In 1999, he appeared alongside Brad Pitt in David Fincher’s ‘Fight Club’. The film was a commercial success. Though it was initially criticized by critics, it went on to receive a cult status. The following year, he was seen making his directorial debut with the romantic comedy ‘Keeping the Faith’, where he also played a supporting role. The film was a commercial success.
Over the next few years, he appeared in many films, in supporting roles as well as main roles. These include ‘Red Dragon’ (2002), ‘Kingdom of Heaven’ (2005), ‘The Illusionist’ (2006) and ‘The Painted Veil’ (2006).
Norton came to international popularity for his portrayal of the Marvel Superhero ‘The Hulk’ and his alter ego Bruce Banner in the superhero film ‘The Incredible Hulk’. The film was a success commercially and received mostly favorable reviews.
In the 2010s, he appeared in many successful films such as ‘Leaves of Grass’ (2010), ‘The Bourne Legacy’ (2012), ‘The Grand Budapest Hotel’ (2014) and ‘Birdman’ (2014). His work in ‘Birdman’ earned him his third Oscar nomination for ‘Best Supporting Actor’. His most recent works include ‘Collateral Beauty’ (2016) and ‘Isle of Dogs’ (2018).
Major Works
Edward Norton’s first appearance on the big screen was in the 1996 crime thriller ‘Primal Fear’. The film was directed by Gregory Hoblit. Norton played the role of an altar boy who is accused of murdering the archbishop; this role earned him his first Oscar nomination. The film was a commercial success and won several awards.
He played one of the main roles in the 1999 film ‘Fight Club’ which was directed by David Fincher. The film also starred Brad Pitt, Meat Loaf, and Helena Bonham Carter. The film did well commercially and has received a cult status over the years. Directed by David Fincher, the film was based on a 1996 novel of the same name by Chuck Palahniuk.
‘The Incredible Hulk’ was a 2008 superhero film which brought Norton to international fame. Directed by Louis Leterrier, the film was based on ‘The Hulk,’ a popular Marvel comics superhero. The story revolved around a scientist named Bruce Banner who gets involved in an experiment that transforms him into a superhuman, ‘The Hulk’. The film was a commercial success and was met with mostly positive reviews.
Awards & Achievements
Edward Norton has been nominated for three Oscars in his career so far. His first nomination was for his performance in ‘Primal Fear’ for ‘Best Supporting Actor’ in 1997; his second one for his role in ‘American History X’ for ‘Best Actor’ in 1999, and the third one for his role in ‘Birdman’ for ‘Best Supporting Actor’ in 2015.
Norton has won many awards including ‘The Golden Globe Award’ and ‘The Boston Society of Film Critics Award’ for his performance in ‘Primal Fear’ (1996); ‘National Board of Review Award’ for his performance in ‘Everyone Says I Love You’ (1996); and The Screen Actors Guild Award for his performance in ‘Birdman’ (2014).
Personal Life
Edward Norton is married to Shauna Robertson, a Canadian film producer. They have one son who was born in 2013.
He is an honorary board member on the Board of Directors of the Columbia Center for Theatrical Arts, and also a member of trustees of Enterprise Community Partners.
Norton is also known for his environmental activism and support for renewable energy projects. He also supports social causes such as improving the quality of life of people with low income.

See the events in life of Edward Norton in Chronological Order