Advanced Search
Eden Wood is an American reality television star and actress. After participating consistently in many child beauty pageants, she turned her attention towards modeling and acting. Eden has tried her hand at singing and dancing as well, and has managed to achieve similar fame as a singer and dancer. She is best known for appearing in the TV reality show, ‘Toddlers and Tiaras.’ Eden has also performed in several television shows and has been the guest of many talk shows. Eden came up with her own show on Logo TV and performed in one of the award shows, aired on the channel. Her filmography includes films, such as ‘The Little Rascals Save the Day,’ ‘Jimmy Paul: The Pug Tooth Fairy,’ etc. Her achievements have been penned down in her biography which was co-written by her mother. American People
American Women
Arkansas Actresses
Aquarius Actresses
American Actresses
The Success Story
Eden made her debut when she was just a toddler. She made her first public appearance by taking part in a stage play titled ‘Christmas Musical.’ Two years later, she was offered a role in the independent film, ‘The Angry Box.’ The film was shot in Shreveport, Louisiana. When the film was made public, Eden emerged as a star. She was subsequently approached by the producers of some of the biggest shows in American television, requesting her to appear as a guest in their shows.
The following year, Eden had a major breakthrough when she participated in the reality show, ‘Toddlers and Tiaras,’ which was aired on the channel, TLC. The show featured Eden’s life and her phenomenal achievements at such a young age. ‘Toddlers and Tiaras’ made her a household name in the USA. By the age of four, Eden began with her vocal and dance training. Along with that, she also learned gymnastics. She had just completed a few days of training when she lent her voice to the song, ‘Cutie Patootie.’
While the song elevated her fame, it also placed her in the midst of a controversy. The lyrics of the song had the word ‘booty’ which was criticized by many professional musicians. To them, it was morally wrong to let a kid utter such words. But Eden was not bothered by the controversy as she carried on doing what she does best. She soon became the face of TLC, thanks to the popularity of ‘Toddlers and Tiaras.’ Meanwhile, she also came up with her own show titled ‘Eden’s World.’ She also performed in one of the award shows, hosted by the popular British celebrity, Kelly Osbourne.
By the time Eden turned six, she had decided to take a break from pageants and beauty contests. But she could not restrain herself from being under the spotlight. Hence, she once again became active in the entertainment industry. This time around, Eden started performing on international stages and thus became an international star. She then started to appear in many talk shows, such as ‘Good Morning America,’ ‘The Talk,’ ‘Showbiz Tonight,’ ‘The View,’ ‘Entertainment Tonight’ and ‘The Wendy Williams Show.’ She also appeared in various shows, aired in countries like Japan, England, Ireland and Australia.
As a singer, Eden has recorded many tracks for ‘Neon Pink Records,’ a famous record label. She was also a part of the launch of a music group called ‘LOL The Band.’ In 2014, Eden appeared as Darla Hood in the flick, ‘The Little Rascals Save the Day.’ She also played Peter Pan in a stage play. Eden has also modelled for a footwear line called ‘Cicciabella.’ She then launched her own fashion line and named it, ‘The Eden Wood Line.’
Recommended Lists:

Child And Teen Actresses
Female Reality TV Stars
Women Film & Theater Personalities
American Reality TV Personalities
Continue Reading Below
Personal Life
Eden Wood was born on February 18, 2005 in Arkansas. Her mother, Mickie Wood, has co-written a book on her daughter’s journey to fame. Eden grew up in a middle-class family as her father worked as a welder. Eden received formal training in dance from Jo Carlisle & Blake Nagy's Performing Arts Center at South Mississippi. She likes spending time with her dolls and owns a huge collection of Barbie dolls.
On many occasions, Eden’s mother has been accused of using her daughter to lead a lavish lifestyle. Sources say that Mickie was the one who forced Eden to get into the entertainment industry at such a young age. While Mickie has denied such claims, she has accepted the fact that it is because of Eden that her family is leading a better lifestyle.
Recommended Lists: 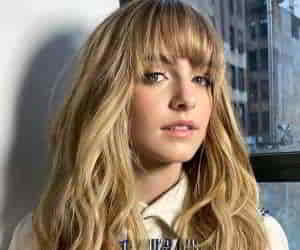