Eden Brolin is an American actor and the daughter of Hollywood actor Josh Brolin and TV actor Alice Adair. Eden has been part of several prestigious projects. She is best known for her role in the 2017 supernatural drama series ‘Beyond.’ Her work in the series is regarded as the most recognizable performance of her career. She made her debut with a short film directed by her father. Over the years, Eden has been part of many films and TV shows of various genres such as comedy, drama, thriller, and horror. Two of her upcoming projects belong to the horror and thriller genres.
Continue Reading Below 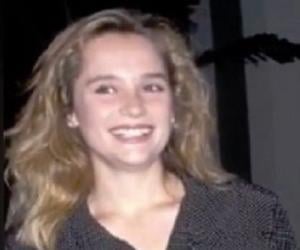 American People
California Actresses
American Actresses
Actresses Who Are In Their 20s
Women Film & Theater Personalities
Career
Eden started her career early. She made her debut with the 2008 short film ‘X,’ which was written and directed by her father. The film was about a convicted felon (played by Josh) reuniting with his teenage daughter. It featured Eden as ‘Jasmine.’ Following this, she was seen in a brief role in the 2012 comedy drama 'Ruby Sparks.'
In 2015, Eden was cast in the Richard LeMay-directed film 'The Dark Rite.' The following year turned out to be a crucial year for her career, as she bagged a lot of prestigious projects. She played ‘Dora’ in the comedy–drama film 'I Dream Too Much.' Her character in the film was that of a studious girl with a dream of touring the world after graduating college. The film has its world premiere at the 'South by Southwest’ film and music festival. The following year, she appeared in the crime thriller 'Manson's Lost Girls.' The movie featured her as ‘Susan Atkins,’ the crime assistant of the notorious real-life criminal and cult leader Charles Manson. Eden was then cast opposite rapper Cakes Da Killa in the 2016 short film 'Live Forever.'
Eden bagged the role of ‘Lucy’ in the 2016 fantasy TV series 'Emerald City.' Aired on 'NBC,' the series was largely based on the 'Oz' book series written by L Frank Baum. She played ‘Dana Albright’ in an episode of the second season of the primetime medical drama 'Code Black' titled '1.0 Bodies.'
In 2017, Eden bagged one of the most challenging roles of her career, in the supernatural drama series ‘Beyond.’ She appeared as ‘Charlene "Charlie" Singer’ in the first season and was one of the main characters in the second season of the series. The lead character of the series was shown waking up from a 12-year coma and realizing he had supernatural powers.
Eden is part of some major upcoming projects. She will be seen as ‘Nona’ in the 2018 drama 'Back Fork.' She has also bagged a role in the supernatural thriller 'Blood Bound.' The series will feature her as ‘Kerry,’ an 18-year-old girl who discovers that her unborn rape-child is the subject of a sinister plot. Eden will also appear as ‘Daphne’ in the 2019 Richard Linklater-produced indie feature film 'Kingfish.'
You May Like

American Film & Theater Personalities
American Female Film & Theater Personalities
Continue Reading Below
Personal Life
Eden Brolin was born on November 30, 1994, in Los Angeles, California, US. She is the daughter of the actor couple Josh Brolin and Alice Adair. Eden has a younger brother, Trevor, who is an actor and a producer. Eden's parents got married in 1988 and divorced in 1994. She attended school in Templeton, California.
In August 2018, Josh announced Eden’s engagement with her longtime boyfriend, actor Cameron Crosby. The announcement was made through his 'Instagram' account. Soon, Eden posted a picture of her and her fiancé showing their middle fingers. Eden’s father, Josh, congratulated them through his social-media account. Josh had known Cameron much before the engagement and shares a friendly relationship with him.