Dytto is a popular American dancer and model known for her unique styles of popping and tutting. She is also a host who has hosted the music show ‘The Drop’. A YouTuber as well, she has a self-titled channel with over 2 million subscribers. Known for her multiple viral dance videos, TV shows, commercials, and live performances, Dytto has come a long way since her days as a teenage cheerleader and gymnast. Recognized as an upcoming professional dancer today, she is admired by millions of people for her unique dancing styles of animation, popping, tutting, hip-hop, robotting and finger tutting. Her fans and admirers also call her the “Barbie Girl”. The reason for this is not only attributed to her Barbie-like looks, but also to her first stage performance on ‘Barbie Girl Trap Remix.’ Talking about her social media fame, Dytto is not only popular on YouTube but on Instagram, Twitter, and Facebook as well. As of March 2018, she has about 3.7m and about 98.6k followers on Instagram and Twitter respectively. Kendall Vertes
YouTube Dancers #22
Instagram Stars #41
Continue Reading Below
DID WE MISS SOMEONE?
CLICK HERE AND TELL US
WE'LL MAKE SURE
THEY'RE HERE A.S.A.P
Quick Facts

American People
Florida YouTubers
Taurus Youtubers
Female YouTubers
American YouTubers
Rise to Stardom
Dytto joined YouTube a few years back. She created her new channel on November 9, 2014 after closing her old channel. Her first dance video vent viral on multiple platforms and took the internet by storm. After this, she started creating more stuff and came up with more dancing videos like ‘Dytto - Finger Tutting’, ‘Dytto- Bueller’, ‘Dytto- Ghost Hustler’ and ‘Dytto- Reverse Tuts’. These videos too became huge hits and this in turn impelled the American diva to post even more frequently.
Recommended Lists:

Female Youtube Dancers
American YouTube Dancers
American Women YouTubers
American Female Youtube Dancers
She also started vlogging and began sharing her everyday life with her fans. Her personal videos which give an insight into her life include '50 Hats About Me', 'We Are Bae Goals - Dytto & Fik Shun', 'A Day In The Car', 'I Want An Ewok', 'When There's Pizza But No Party', 'How I Do My Hair in the Morning', 'How to Instagram', 'How To Be Sexy On Valentines Day', 'Reaction to My Old Photos', '50 Facts About Me' and '19 Things I Learned in 19 Years', to name a few.
Recommended Lists:

Taurus Women
Dytto’s journey of making and posting videos continued and she earned over 2 million subscribers within a few years’ time. Well, some of the videos shared by her recently are 'JLo Concert-Super Saturday Night', 'Dytto- China Glaze Chic Physique- Finger Tutting' and 'Mine- Dytto- Dance Freestyle'. Just like her old videos, these videos are incredibly amazing and very interesting to watch.
You May Like

The Most Popular US Veterans
Continue Reading Below
Personal Life
Dytto was born as Courtney Nicole Kelly on April 27, 1998 in Miami, Florida, USA. She has an elder brother named Brandon who is a pilot. Talking about the American dancer’s love life, she had dated Roshon Fagan in the past. Details about Dytto’s education and family background are not known.
Trivia
Dytto wowed people with her performance on the Indian reality dance show ‘Dance Plus Season 3’.
She has performed with Fik-Shun on her YouTube channel.
She has done a commercial for Google Android Wear. 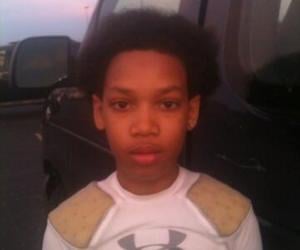