Dorothea Hurley is an American karate instructor and restaurateur. She is the wife of John Francis Bongiovi Jr., who is professionally known as Jon Bon Jovi, the singer-songwriter and frontman of the rock group Bon Jovi. A native of New Jersey, she grew up alongside the future rocker. They started off as friends as Dorothea was dating his best friend Bobby at the time. It was only when they both were in their 20s that they began their relationship. While on a stop in Los Angeles during the New Jersey Syndicate Tour in 1989, Dorothea eloped with Jon Bon Jovi and got married in Las Vegas. They have four children together, one daughter and three sons. Dorothea has been a constant source of support for her rock star husband and they have faced some of the most turbulent times of their lives together, including the time when their daughter, Stephanie, overdosed on heroin. In her high school days, Dorothea was a junior karate champion and later became an instructor in New Jersey. She also helps in running her husband’s restaurant chain. 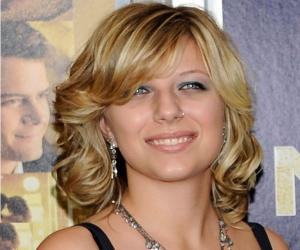 Jesse Bongiovi
DID WE MISS SOMEONE?
CLICK HERE AND TELL US
WE'LL MAKE SURE
THEY'RE HERE A.S.A.P
Quick Facts

Jesse Bongiovi
Early Life
Dorothea was born on September 29, 1962, in New Jersey, the USA, to Dorothy Pawlyk and Donald Hurley. She was educated at Sayreville War Memorial High School in Parlin, New Jersey. She met Bon Jovi, who had transferred there previously, during a school test when he attempted to cheat by looking at her paper. Jon Bon Jovi later stated that he had been in love with her from the first day, revealing that the song ‘Bobby’s Girl’ was written about her. However, he did not act on it at the time, as she was involved with his best friend Bobby. They later grew close and started dating before drifting apart once more.
Dorothea has been practicing karate since she was in high school and won multiple junior championships. In 1999, she revealed that she had been named the 4th best greenbelt karate master in the United States of America. By the time the 2002 People Magazine profile on her husband came out, she had become a 4th degree black belt.
You May Like

The Most Popular US Veterans
Continue Reading Below
Marriage to Jon Bon Jovi
Over the years, all the members of the band Bon Jovi have been offered lucrative book deals on their past experiences and they have all declined them. The group as a whole was even offered a multi-million-dollar deal for a book. They said “no” to that as well. In 2010, their former manager Rich Bozzett published ‘Sex, Drugs and Bon Jovi’, a book on his experiences with the band. It kindled much controversy. According to Bozzett, in the early 1980s, while Bon Jovi was rapidly becoming one of the most internationally popular rock groups, Jon Bon Jovi was in a relationship with actress Diane Lane.
However, Lane also began dating his band mate Richie Sambora. Lane and Jon Bon Jovi eventually parted ways and not long after, Dorothea and Jon Bon Jovi reconciled. As for Sambora, he was with the group until 2013 when he left to pursue a solo career.
Jon Bon Jovi and Dorothea started dating once more. In 1989, he was performing in the New Jersey Syndicate Tour. They stopped in Los Angeles and Dorothea and Jon Bon Jovi eloped. They went to Las Vegas, Nevada, where they got married at the Graceland Wedding Chapel on 29 April. There were neither family members nor friends in attendance. They did not even have wedding rings. When the group, Jon Bon Jovi’s parents, and their then-manager, Doc McGhee, found out, they were angry. However, Jon Bon Jovi realized that he did not care. They got married for themselves and nothing else mattered.
Dorothea has four children with Jon Bon Jovi. Their oldest, a daughter named Stephanie, was born on May 31, 1993. She was followed by son Jesse, on February 19, 1995. They welcomed their third child and second son, Jacob, on May 7, 2002. Romeo, their fourth and youngest, was born in 2004.
In November 2012, Stephanie called her father at 2 a.m. in the morning and told him that she had overdosed on heroin at her dormitory at Hamilton College. She was subsequently taken to a hospital, where she recovered. The police did not press any charges neither against her nor her companion Ian Grant because of an existing local law that proscribes indictments of people who had overdosed on drugs.
After this incident, both Jon Bon Jovi and Dorothea were criticized and dubbed as bad parents. In response, Dorothea stated that she hoped their critics never have to experience what she and her family did.
Career
Dorothea Hurley is an accomplished karate instructor in her home state of New Jersey. Furthermore, she and her husband own a chain of restaurants called JBJ Soul Kitchen, where the customers are requested to help the community by “paying it forward” by pre-purchasing food for homeless people.
You May Like 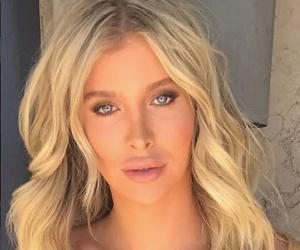 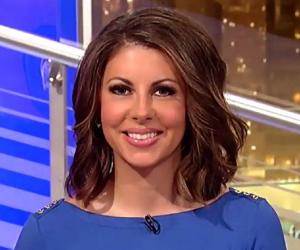