Deacon Reese Phillippe is the son of Reese Witherspoon and Ryan Phillippe. Check out this biography to know about his birthday, childhood, family life, and fun facts about him. DID WE MISS SOMEONE?
CLICK HERE AND TELL US
WE'LL MAKE SURE
THEY'RE HERE A.S.A.P
Popularity Index
Deacon Reese Phillippe
Quick Facts 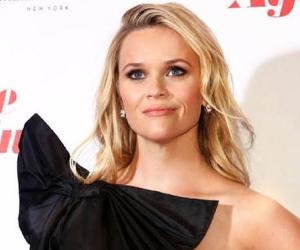 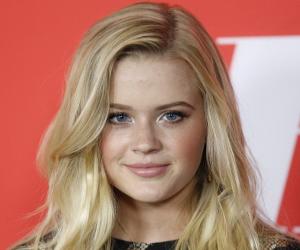 Barron Trump
Deacon Reese Phillippe is famous for being the son of Reese Witherspoon and Ryan Phillippe. Born to the famous American actors, Deacon’s striking resemblance to his father was evident at a very young age. The media often snapped photographs of him and the public found him to be adorable. As he grew up, he looked almost identical to his father, which made him famous in the public eye. He was frequently seen accompanying his mother to many film premiers and gatherings as well. His mother also lovingly posts photos of him on her Instagram feed. He joined Instagram in December 2016 and accumulated over 73,000 followers in a short span of time. Though there haven’t been any confirmations, rumors suggest that Deacon might enter the world of movies, following the footsteps of his parents. Deacon is currently a high-school student and all set to graduate in 2019. Libra Men
Rise to Fame
Deacon Reese Phillippe has been famous since his birth as he was born to famous actors. Despite a divorce between his parents, Deacon was co-parented and was often seen in public with either his father or mother. He became the talk of the town owing to the striking resemblance he shared with his father, which was almost identical. Over the years, Reese digitally documented the growth of her family and offered a glimpse of her family through Instagram. She regularly posts adorable photos on Instagram with Deacon and often congratulates him on his achievements and wishes him on his birthdays in public.
Deacon Reese Phillippe decided to join Instagram in December 2016, but he is not very active. Despite his infrequent posting, he has over 73,000 followers. His last public appearance was when he attended the American Cinematheque Awards ceremony in LA along with his mother and sister in 2015. The media noticed his boyish charms and appreciated his composure. The familial bond he shares with his sibling and mother makes him a loved figure in the public. He is currently studying and is a high-school student. Many have speculated that he might enter the world of acting, but there are no confirmations yet.
You May Like

Celebrities Who Look Beautiful Even Without Makeup
Continue Reading Below
Personal Life
Deacon Reese Phillippe was born on October 23, 2003 to the actors Ryan Phillippe and Reese Witherspoon. He has an older sister, Ava Phillippe who is a model. His parents divorced when he was just 3 years old, but despite this, the family ensured that he grew up in a homely atmosphere and had the love of both parents. They agreed to share joint custody of their children. As a result, Deacon is very close to his mother and father and spends quality time with each of them. The family continues to come together during major events and are often photographed together cheerfully during big celebrations. Deacon has two step siblings: Tennessee James Toth and Kai Knapp. Deacon loves playing baseball and going to watch baseball matches in his spare time. He is also very reserved and does not speak about his personal life to the media. It is currently not known whether he is in a relationship.
Trivia
Deacon was named after his ancestor and the baseball legend Charles Louis "Deacon" Phillipe.