Dannielynn Hope Marshall Birkhead is the second and only surviving child of late model and actress Anna Nicole Smith. She is a model herself, a reality television personality, and an aspiring actress. Born in the Bahamas, her birth was followed by her stepbrother Daniel’s death three days later and the much-publicised Dannielynn Birkhead paternity case. There were several individuals who claimed to be her father. Smith, her mother, had put down the name of her attorney and friend Howard K. Stern as the father on her birth certificate and maintained that he was indeed her biological father. In the ensuing legal battle, it was ultimately proven through DNA testing that Kentucky native and celebrity photographer Larry Birkhead was the real biological father of Dannielynn. After she lost her mother due to a prescription drug overdose when she was five months old, Dannielynn’s custody was awarded to Birkhead. He raised her and helped her acquire the sole ownership of her mother’s estate. At the age of six, Dannielynn followed her mother’s footsteps into the world of modelling. Most prominently, she has worked for Guess Kids. Dannielynn has been the subject of media attention since her birth and has appeared in shows such as ‘Access Hollywood’, ‘Entertainment Tonight’, ‘Celebrity Wife Swap’, and ‘Inside Edition’.
Continue Reading Below 3537
7th September In History
DID WE MISS SOMEONE?
CLICK HERE AND TELL US
WE'LL MAKE SURE
THEY'RE HERE A.S.A.P
Quick Facts 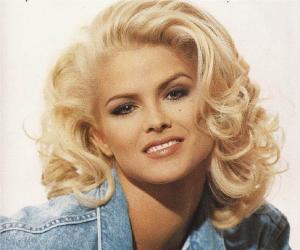 American People
Virgo Female
Dannielynn Birkhead Paternity Case
Dannielynn was born on September 7, 2006, in Doctors Hospital in Nassau, Bahamas. Smith allowed a video camera inside the delivery room and later sold the footage and an exclusive interview to ‘Entertainment Tonight’ for a reported $1 million.
Dannielynn’s father, Larry Birkhead, was a native of Louisville, Kentucky and grew up alongside his twin brother, Lewis, older sister, Angela Heuser and half-sister, Judy Birkhead. After studying at Louisville's Doss High School, he enrolled at the University of Louisville, graduating in 1999. He met Smith in May 2004 at the Trish Barnstable Brown Gala, one of the major Louisville-area Kentucky Derby parties that still draw a celebrity crowd.
Their relationship was described by Birkhead as unpredictable and tumultuous. He said that he and Smith would often laugh watching the 1989 dark comedy ‘The War of the Roses’ together, noting how similar to their own relationship the film was. Asked why he stayed in such an atmosphere, Birkhood replied that he had packed his bags a couple of times to leave but Smith coaxed him not to every time.
During one of these arguments, she told him that she was pregnant with his child. He even asked her if she was sure about the paternity of the unborn child. She reaffirmed that he was undoubtedly the father.
Nearly six months into the pregnancy, Smith left Birkhead and the US after another fight between them and moved to the Bahamas. According to Birkhead, it was a calculated plan to keep him out of the child’s life. He also accused Smith’s attorney and friend Howard K. Stern of orchestrating the split.
Soon after, Smith shared the news of her pregnancy with the world in a video posted on her website. She always wanted a girl child. She would visit different cities and collect pink, frilly clothes, hoping to dress her own daughter someday. Back in the US, Birkhead, who was living in Los Angeles at the time, was worried about the health of his unborn child as Smith was on multiple prescription drugs. During the birth of their daughter, Birkhead was not invited into the delivery room.
When Dannielynn was three days old, her half-brother, Daniel Wayne Smith, died while visiting his mother at the maternity ward. It was later revealed that the 20-year-old had accidentally overdosed on his mother’s methadone, Zoloft, and Lexapro. Birkhead stated that according to the security in the house, Daniel had stolen his mother’s medicines.
Smith was inconsolable after her son’s death. Daniel was the only person in Smith’s life who she was certain loved her unconditionally. At Daniel’s funeral, her grief was so overwhelming that she even tried to climb into the casket. She would see a cloud and think that it was Daniel. She would say that she wanted to join him.
Birkhead realised that Smith was in no shape to take care of their daughter. However, in order to be in his daughter’s life, Birkhead first had to prove that he was the father. On Dannielynn’s second birth certificate, dated October 11, 2006, Smith put her daughter’s name as Dannielynn Hope Marshall Stern and Howard K. Stern as her father.
Between September 7, 2006, and October 11, 2006, Dannielynn was known as Hannibel Rose Stern. After her birth, according to Smith’s former boyfriend and South Carolina based real-estate developer G. Ben Thompson, Smith had wanted to put his name as the father of the child, claiming that Dannielynn was his daughter. However, Thompson refuted that, stating that it was impossible as he had had a vasectomy.
There were certain discrepancies concerning the birth certificate. While Stern was named as the father of the child, attorney Dion Smith Jr. wrote down his own name where Stern’s signature should have been. This ultimately rendered the certificate invalid and it became possible to ask for a new certificate and a DNA test to confirm the paternity of the child.
Smith died on February 8, 2007, aged 39, five months after the birth of her daughter, due to "combined drug intoxication" with the sleeping medication chloral hydrate as the "major component.” By then, Birkhead, convinced beyond doubt that he was Dannielynn’s father, had gone to court to prove his claim. On 20 February, he put a petition before the court asking Stern to submit his DNA samples for the test. The judge eventually ruled that the paternity question would be put off until Smith’s burial and cases surrounding it were concluded.
Besides Birkhead and Stern, paternity claims were put forward by several others, including Frédéric Prinz von Anhalt, the ninth and last husband of Hungarian-American actress and socialite Zsa Zsa Gabor; Austrian-American actor and Smith’s bodyguard Alexander Denk; and convicted criminal Mark “Hollywood” Hatten. Some even speculated that Marshall, Smith’s late second husband, was the father.
Eventually, on April 10, 2007, Dr. Michael Baird, after analysing the result of a test conducted on 21 March, declared that Birkhead was the father. Subsequently, Birkhead changed his daughter’s name to Dannielynn Hope Marshall Birkhead.
You May Like

The Best Black Actresses Of All Time
Continue Reading Below
Childhood & Career
Dannielynn grew up under constant media scrutiny. In 2008, after a lengthy trial, she was announced as the sole heir of Smith’s estate, valued at $800,000. When she was 16 months old, she was surgically treated for the strabismus in one of her eyes. As she had to wear an eye patch because of the procedure, her father wore one too, and they played pirates together.
She began modelling for Guess Kids after she turned six. Her mother had once worked for Guess as well. The co-founder of the company, Paul Marciano, remarked that “"Dannielynn has the same playful spirit that her mother had on a set.” After the campaign, their Spring 2013 line was introduced.
In a judgement passed in August 2014, federal court judge David O. Carter denied Dannielynn $44 million from the estate of the late E. Pierce Marshall, the son of J. Howard Marshall. While Birkhead thought that Dannielynn would get a significant amount of money in sanctions, Judge Carter found no evidence to rationalize awarding sanctions to her against Pierce Marshall's estate.
Trivia
In 2014, Dannielynn attended the Kentucky Derby for the first time. It was a special occasion for her as her parents had met at the event back in 2004.
You May Like